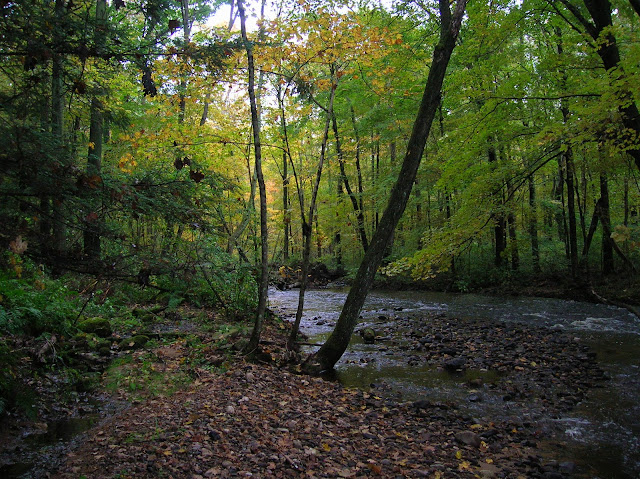 The success of a small stream angler depends on many things, proper gear for the task, access to a stream, weather, and several others including a few trout to catch.
Probably the most important need is clean cold water. Many of the streams I've fished in the Northeast are small freestone types with a good source of cold water. These sources are from underground springs which release ground water into the stream. I average years where rainfall is ample the stream flows as well as temperatures remain cool and trout thrive, and are beautifully healthy. But in those dry hot years when rainfall is at a premium another factor comes into play.
This factor is the trees and various woodland foliage that grow along side the streams.
I have seen the what this means first hand. We experienced a very hot dry summer a few years ago. It took it toll on many trout streams and the trout that lived there.
One stream that I monitored close had flows reduced to a trickle, the brook trout that lived there were confined to several deeper pools and near deep undercuts. I observed these small trout move into the shallow riffles to access what little oxygen was being brought in.
Late in the fall of that same year I walked the stream, we had received enough rain to bring stream levels up. While walking I could see spawning brookies, not just a few but many. Some of the fish were quite large, I would have thought they could never survive. That's when I realized their survival was because of the fact that water temps never exceeded 70 degrees, a number that means life or death to trout.
I took stream temps that whole summer and never did the temp exceed 68 degrees.

I believe the reason for this is the woods. The leaf canopy gave enough shade to keep what little water that flowed cool enough to sustain life.
Maybe the squirrel should be a symbol for T.U.? 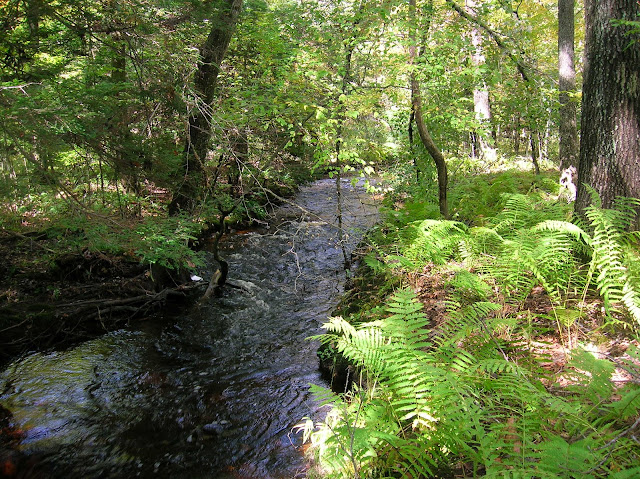 Not only are the tress beautiful along our streams, but so valuable to the life in the stream. 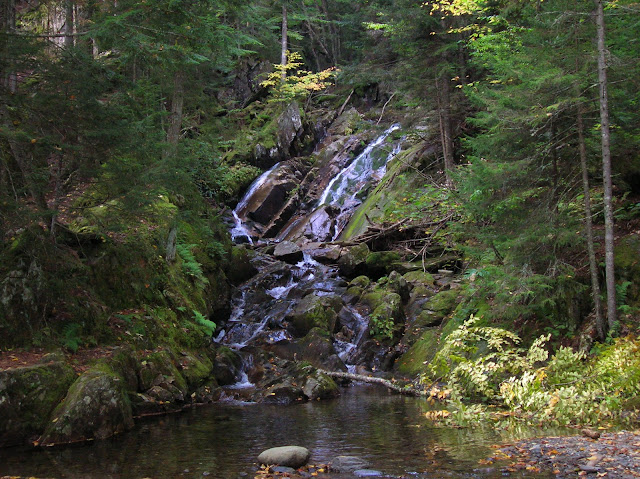 The wild brook trout is alive and doing well in these hidden waters, thanks to the hemlock, birch, maple, oak, and fern. 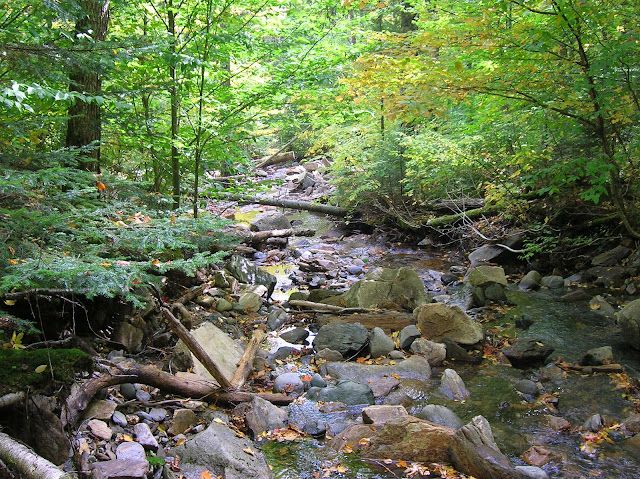