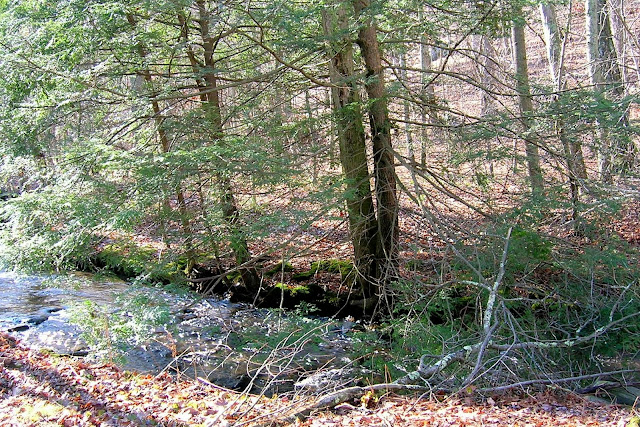 Last November I believe just after Thanksgiving, while fishing a stream with which I'm very familiar with I caught a wild Tiger trout. It was taken just a hundred yards or so from the first photo. I had been fishing streamers and wets without much success. Although the streams waters were cold I thought it would have been a better day. As I approached a very good holding area of water I let the wet fly drift. Suddenly the line tightened and I knew I had a hookup. The fish put up a good fight and as I moved my hand under its belly to lift him up I noticed it was not a brookie but a tiger. 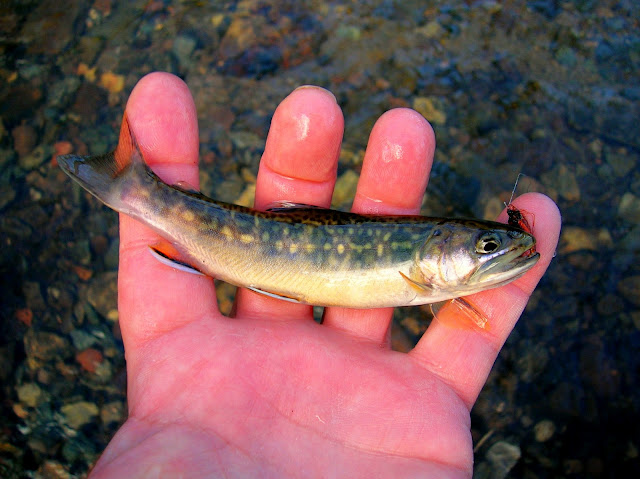 This is the tiger that was taken in November. They are found in in streams where browns and brookies exist. They are very tenacious and they are not afraid to smack the same fly twice and three times. 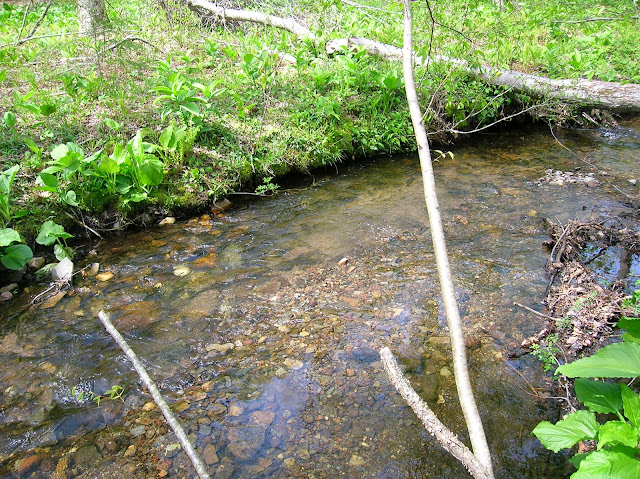 While fishing the same stream this year in late April, just about twenty five yards from where I caught the tiger in November, I hooked a very strong fish. When it came to hand it to was a tiger. A photo was taken and the tiger was sent on his way. 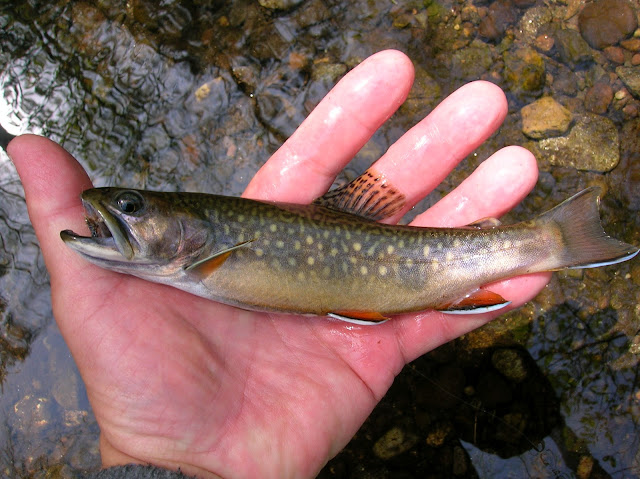 When I got home, I looked closely at the tiger. It looked very similar to the one I had taken in November, only somewhat larger. I'm not a biologist so I could not say for certain if it was the same fish, but it sure looks like it to me.