We enjoyed another snow storm Friday, reminding us it's still winter. Depending on where you live in the state you received from 4 to 20 inches of snow. Saturday dawned sunny and bright with air temps into the 50's, and the melt began.

I could not fish Saturday, but I was able to get some free time yesterday, and took advantage of it. I arrived at the stream around 10:30, or 11:30 or whatever. The change in time to day light savings will have things screwed up some for awhile. The sun was doing its work and the air felt good. The stream was up and somewhat and off color from the melting snow. As I walked along the stream to my first location I looked for any surface activity or the presence of insects, either in the air or on the ground. There was no trace. I tied on a Picket Pin and began fishing. I worked the stream in various locations without so much as a bump. Several other flies used brought the same result. Perhaps the snow melt was the reason. After stopping for a spell to eat an apple, I chose to tie on a streamer. After several casts into a deep pool I noticed a trout follow the streamer. A half hour later, and several other streamers there was no hookups.

I tied on a yellow wing bucktail, with some red for a head dress and sent it off to hunt. Several slow drifts later and fish on. Soon a wonder of a wild brook trout lay at my hand. As I photographed its beauty in the water I said to myself, yellow and red= brook trout. I was able to bring another to hand, and tempt one who had a move or two and escaped. It was a great day. 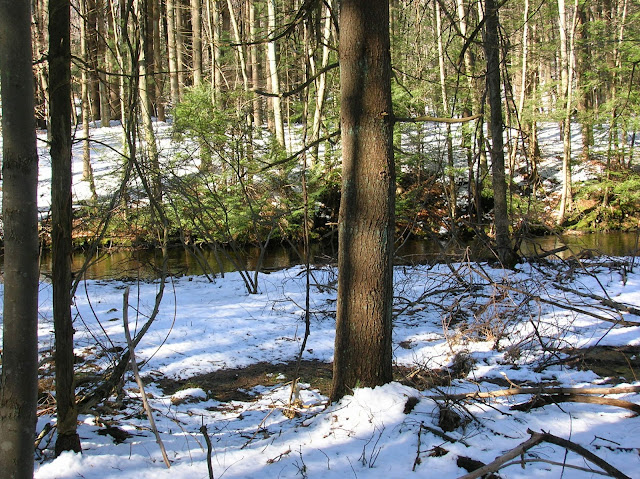 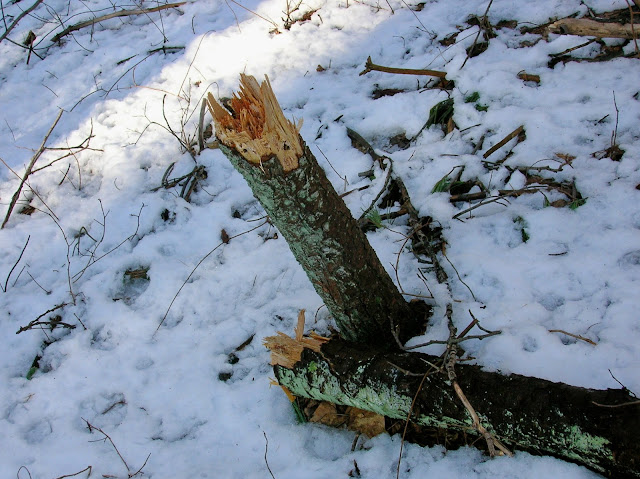