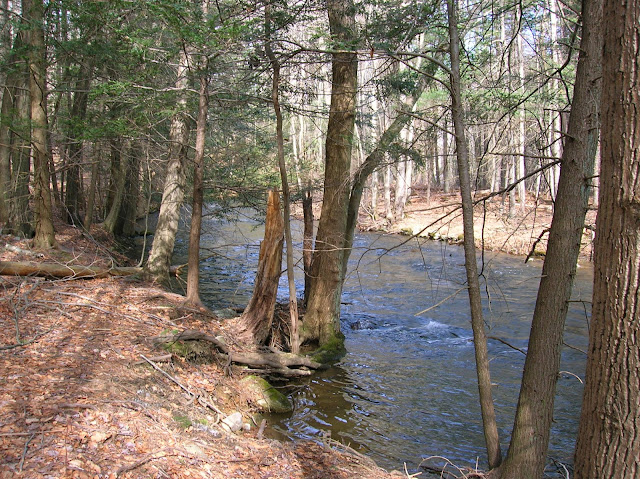 This is a report on the Cabelas TQR 2wt. Friday we headed out to fish a class 1 stream that's known for nice brook trout. The stream is a small to medium size tail water with an easy flow. Well that was not the case this day. The dam must have been releasing water and the stream was up, and not to our liking.

So we headed out to a small freestone a little further south. I have never fished it but Kirk has. Well when I laid eyes on it I fell in love. A beautiful place, with wild brookies. Now the test began. 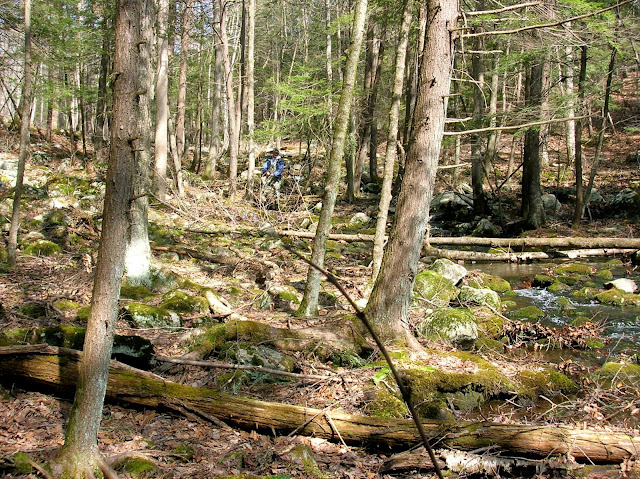 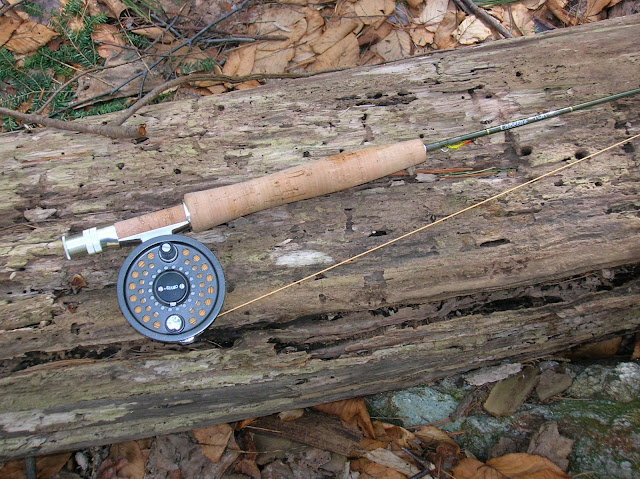 The TRQ paired with an Orvis Battenkill. The rod preformed very well, but the reel was a bit heavy. I have since replaced with a lighter reel and it feels so much better. I'm going to test the new combo and will give you a report on that. 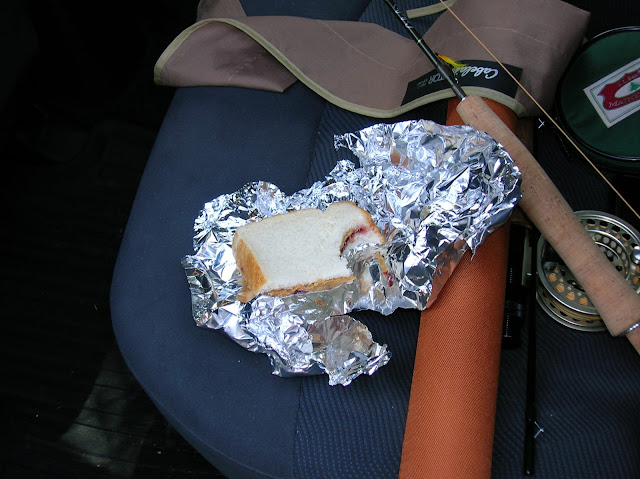 A brief lunch before we began our trek along the stream. 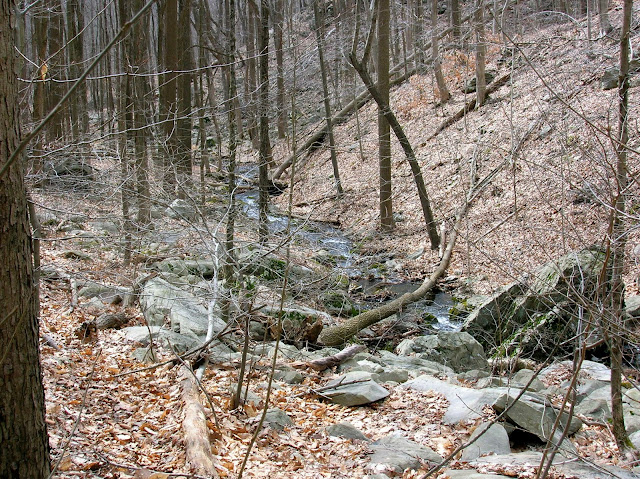 It was a while before we had a taker. Within a few minutes I had a brookie rise, and Kirk had a hookup. But both fish managed to wrangle off. 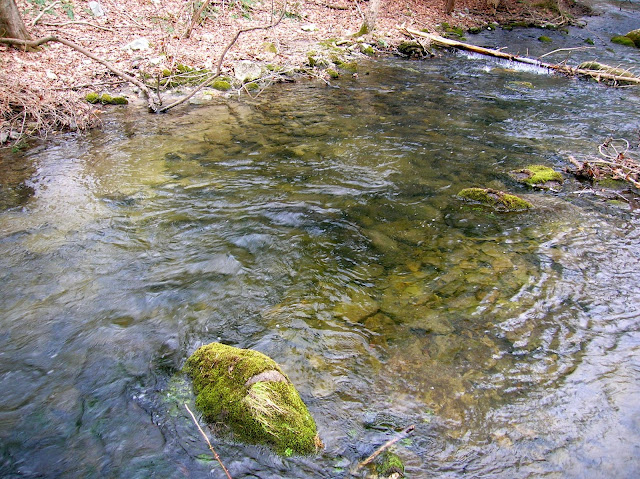 As we were about to leave, we decided to try a few last pools. In this one I cast the Tiger into the run and worked the streamer. After several casts the line went stiff, the hook was set and the trout was on. It felt like a nice fish. The 5ft 2wt did its job and a beautiful brook trout of about 12 inches lay at my feet. As I unzipped the pouch to get the camera the fish twisted and was swimming freely, back to his home in the brook.

I vowed I would return to this wonderful stream, perhaps at a time when the trout will be rising.