It doesn"t get any better....It can't 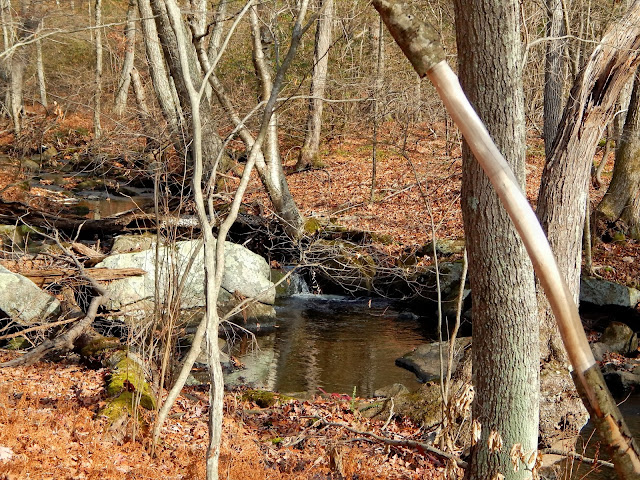 Saturday and Sunday were sweet days afield. Monday just seemed to be sweeter. The stream I chose to fish is one I'm familiar with, but haven't fished this section in quite some time. The day could not have been better weather wise. A bright warm sun filled the woods and was so welcomed on my shoulders. Such days can also make for spooky trout, especially with low water conditions and the first few steps taken sent several trout to the highlands. There was not a single bug coming off the water, but I had to toss a dry. After some time I realized it was not going to happen and opted for a wet. As the day moved on this proved to be the right choice. 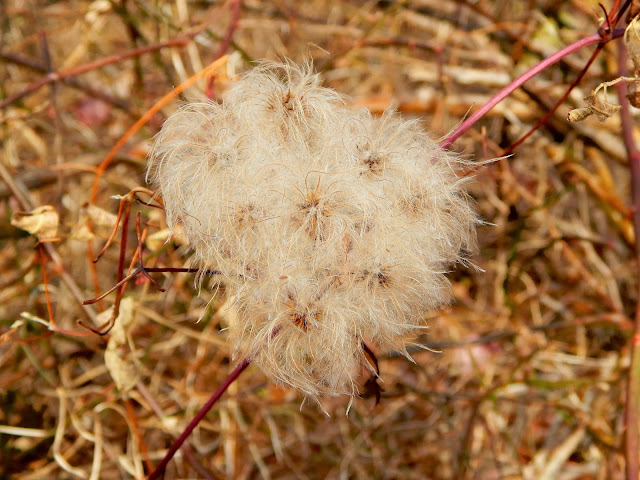 While extracting a fly from the briars I felt as if someone was watching me. I had not seen anyone, or caught any movement. I stared across the stream and observed a deer almost concealed in the brush. She had moved so quietly through the laurel and spotted me and froze. They are truly woodland ghosts. 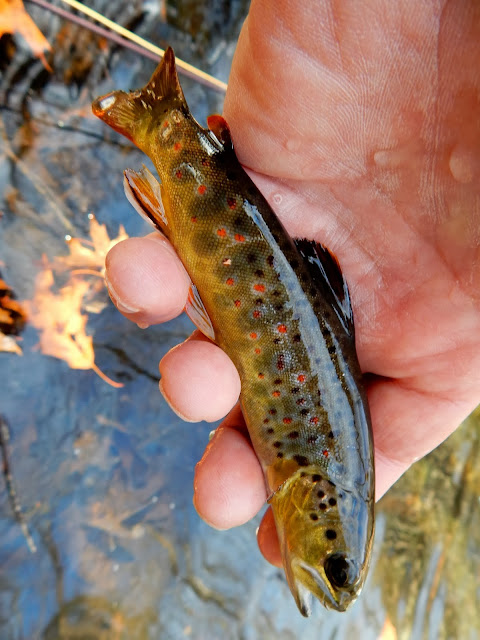 The stream gave up some very beautiful wild browns. There brilliant red adipose fins and the red stripe on the bottom of the tail looked like fire in the sunlight. 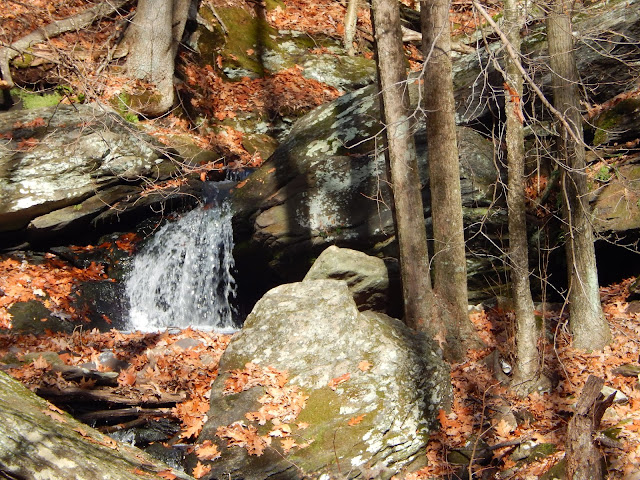 The stream drops here and forms a large deep pool. It looks very promising but has yet to give up a fish. Below this pool the stream turns and begins to flow under a place this angler will always throw a fly. As the fly moved through the shade and barley touched sunlight on the other side the line went stiff. I set the hook and a few moments later I held a jewel. I tried for another photo but the brook trout said one and done.

It's at this time when you say it can't get any better. 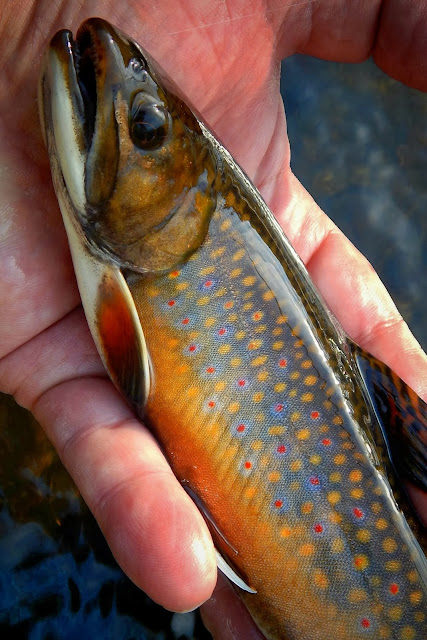 As I was walking to my car I noticed some disturbance in the water. Slowing down I saw what appeared to be a somewhat large fish in the water. Moving closer I saw a big female brown. She appeared to be making a nursery. It was water maybe 6 inches deep. The head and shoulders of this brown were awesome. I took the photo and walked away. I'll be back in a later time. 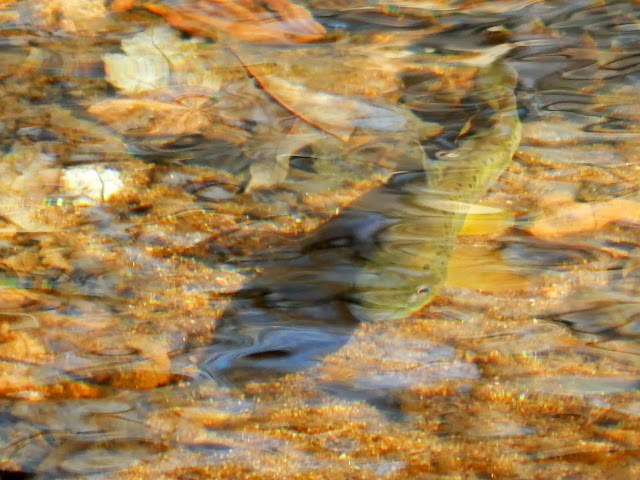