A stream, a soft rain, and a shadow. 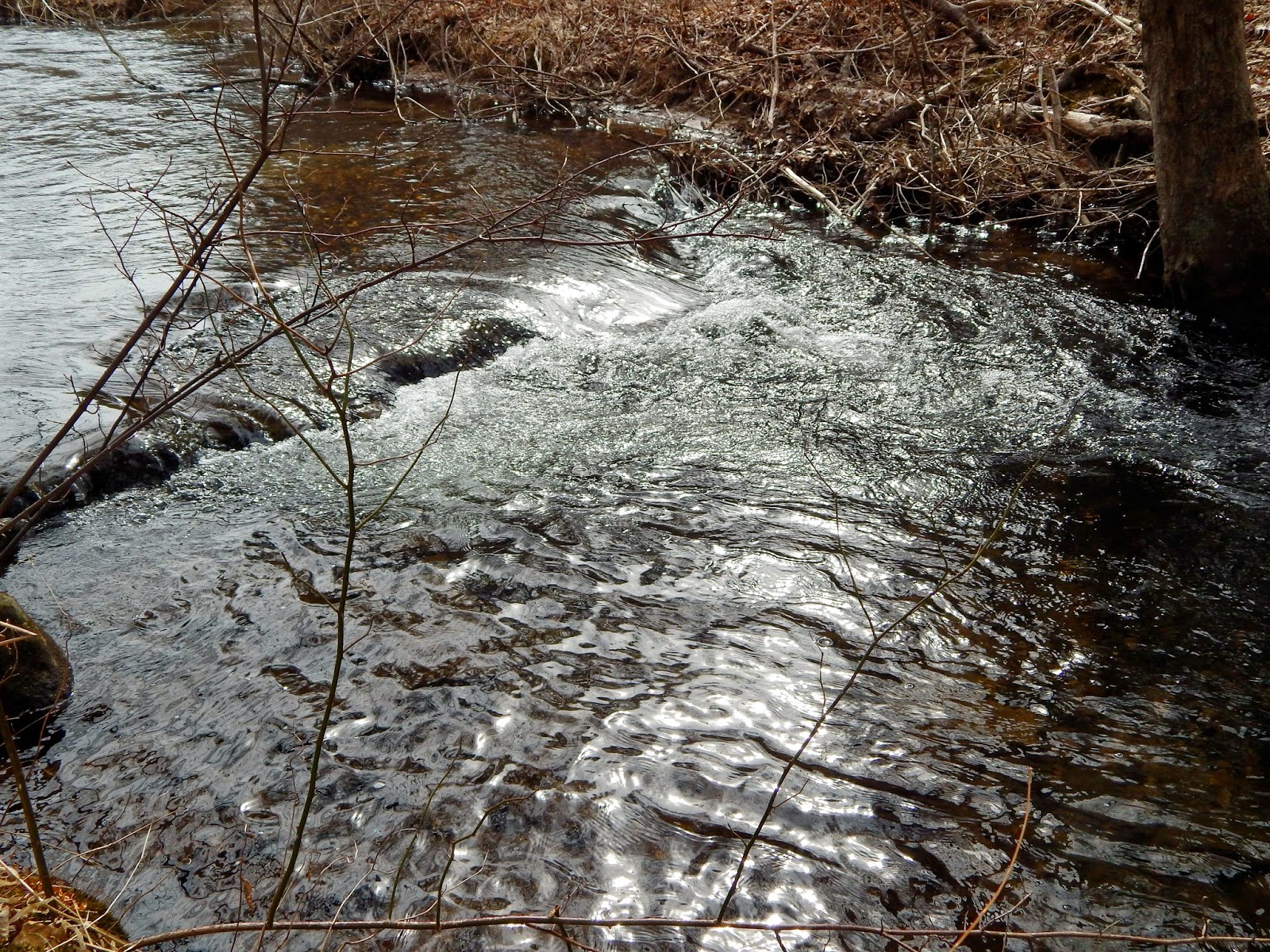 I walked this woodland stream the other day in search of a few of the wild trout it holds. This day featured a soft rain and some what mild temps. A fine day for late March. I was armed with ample flies but knew only one today. Tied onto the three weight was a Royal Coachman bucktail, a fly as good as any for this time of year. The fly was tossed into the steely gray waters and worked as the tyer had intended. The fly was taken under, pulled to the surface by currents not visible to the angler. It worked along the banks and near the sunken trees fallen by storm and beaver. 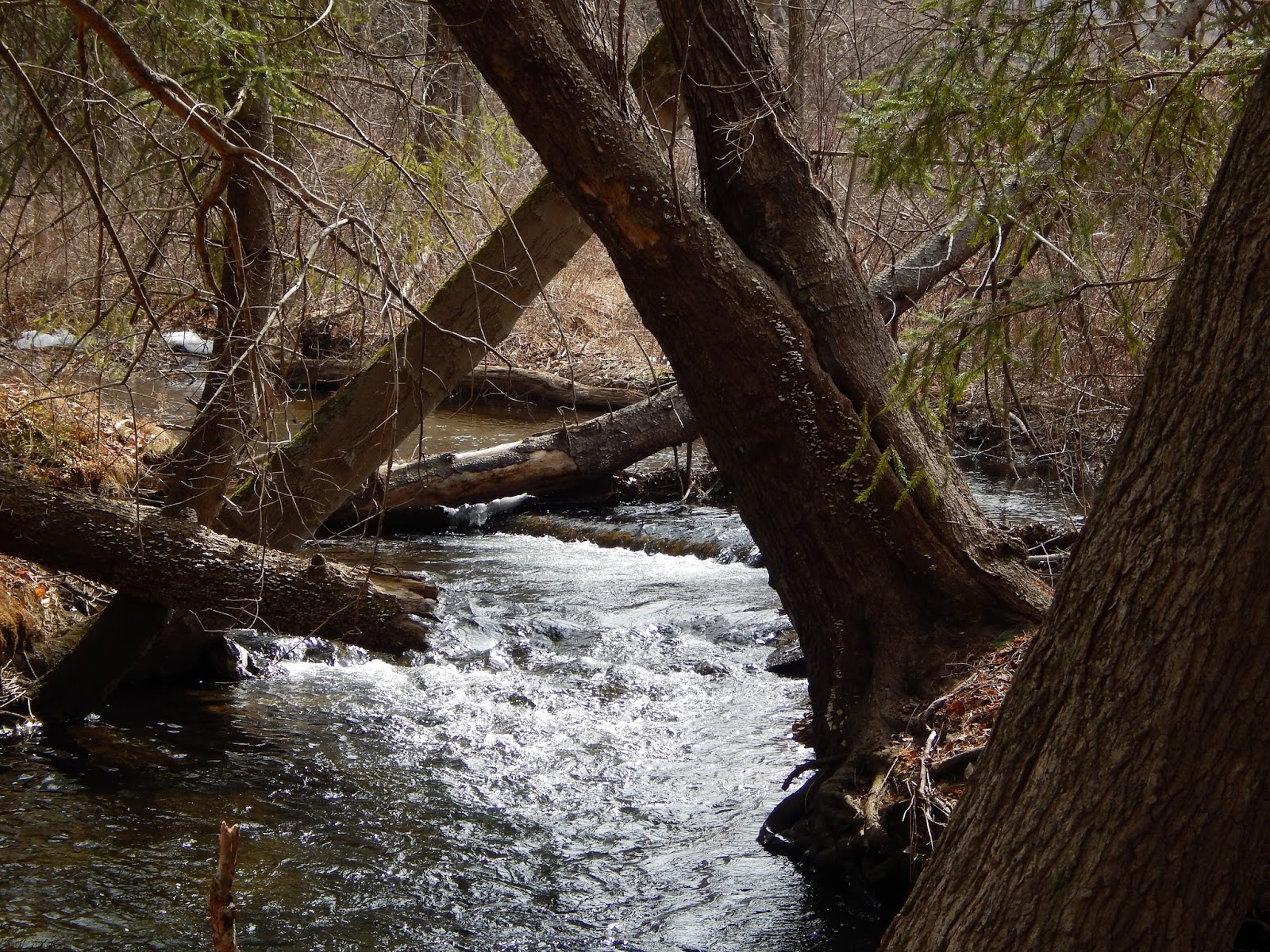 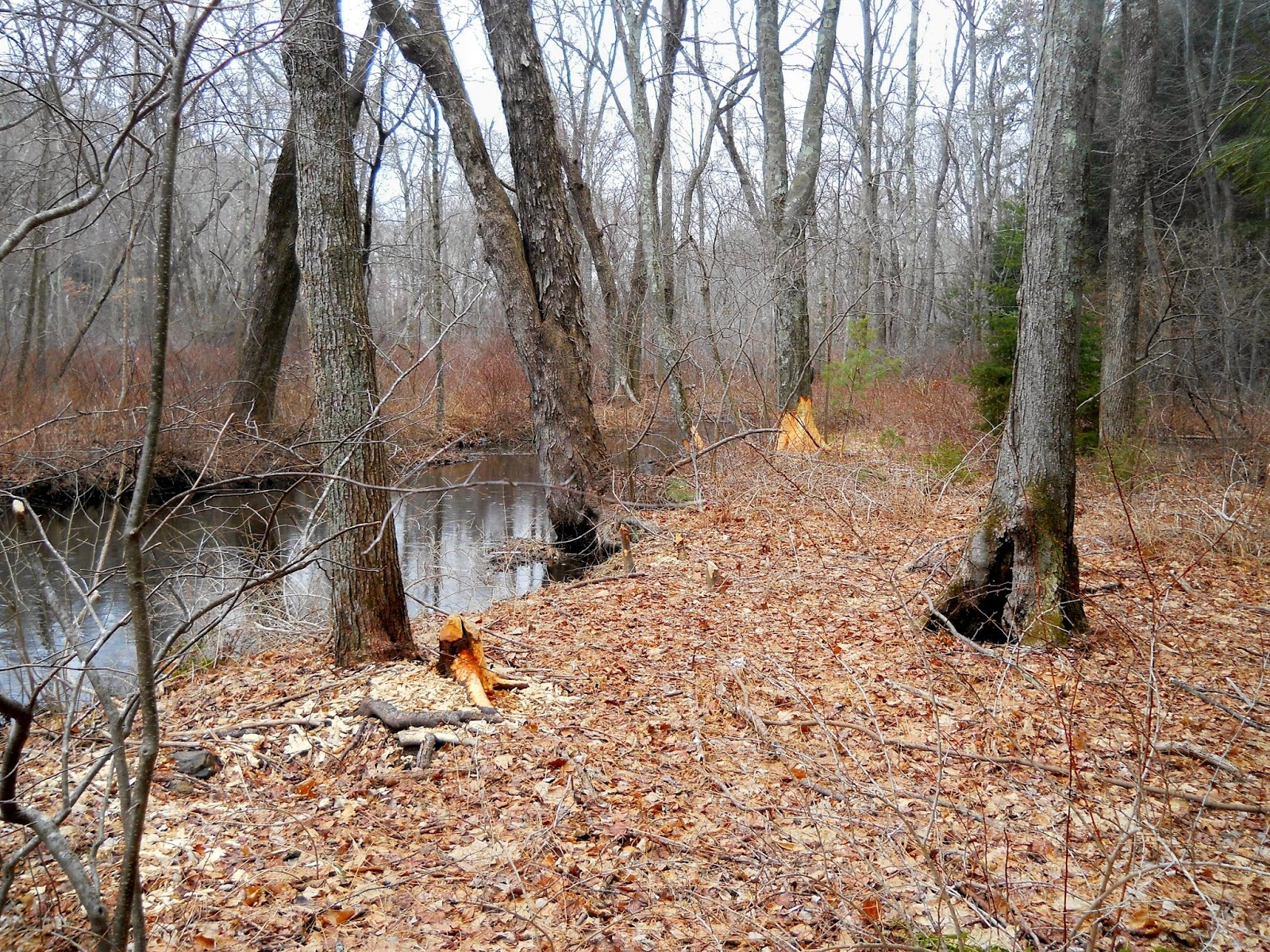 As I approached this piece of slack water, the rain was starting to fall. A feeling of peaceful quiet solitude came to be, and I paused for a spell just to take it in. I walked to the bank edge near a beaver cutting and stared into the water that was moving so slowly and noticed a dark shadow near some sunken branches. Looking closely I made it out to be a trout. He seemed to be content to remain even after he picked up on my movement. I cast the bucktail upstream from the trout and worked it to within inches of him. No response. A cast or two more and the result was the same. Trying to position myself to bring the fly to the fish in a different way, I noticed the fish moving off. Moments later the shadow was gone. That was the highlight of this day, and it was as gratifying as I could ask for. 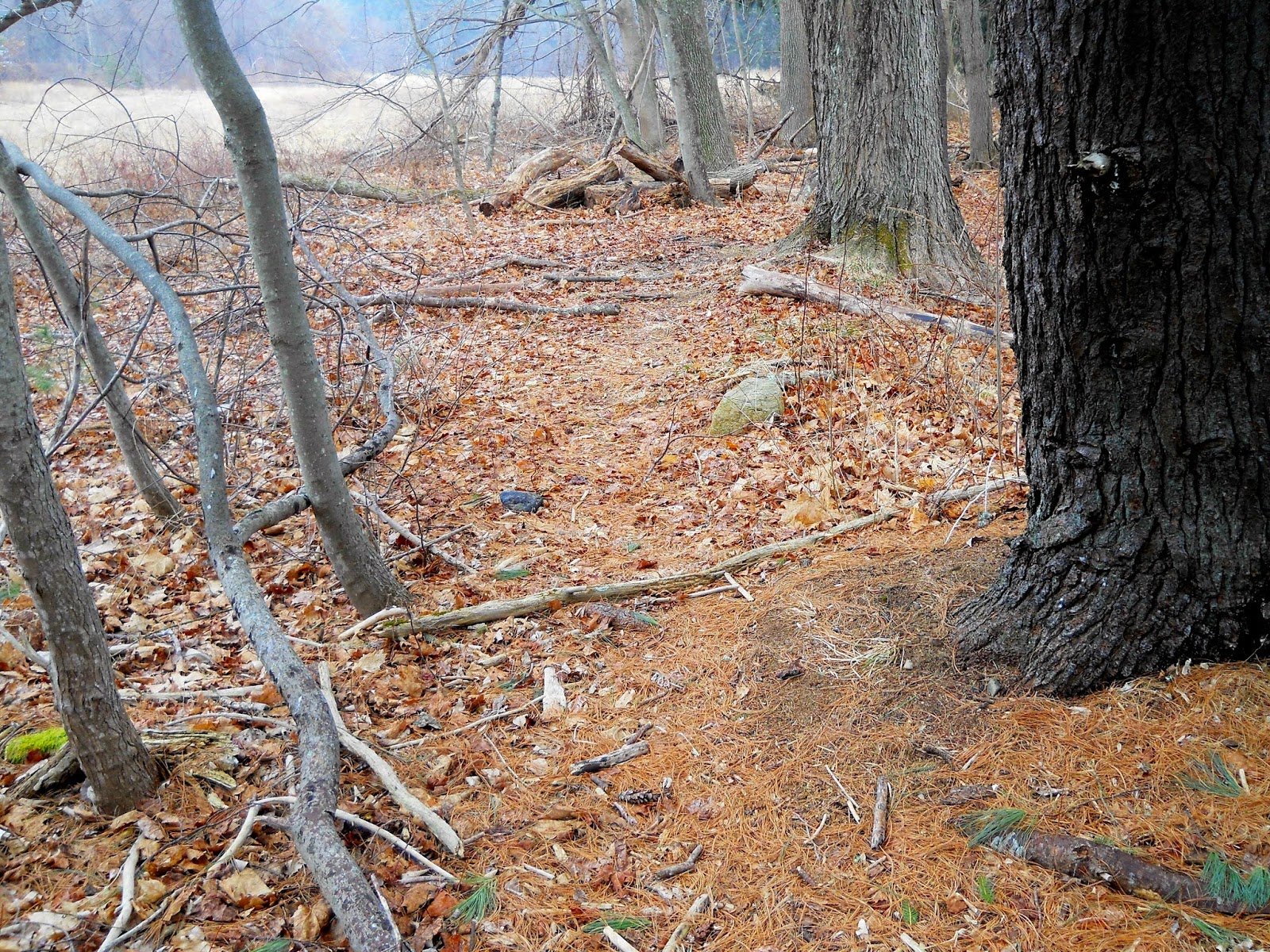 Walking back on a carpet of pine needles with a soft March rain.