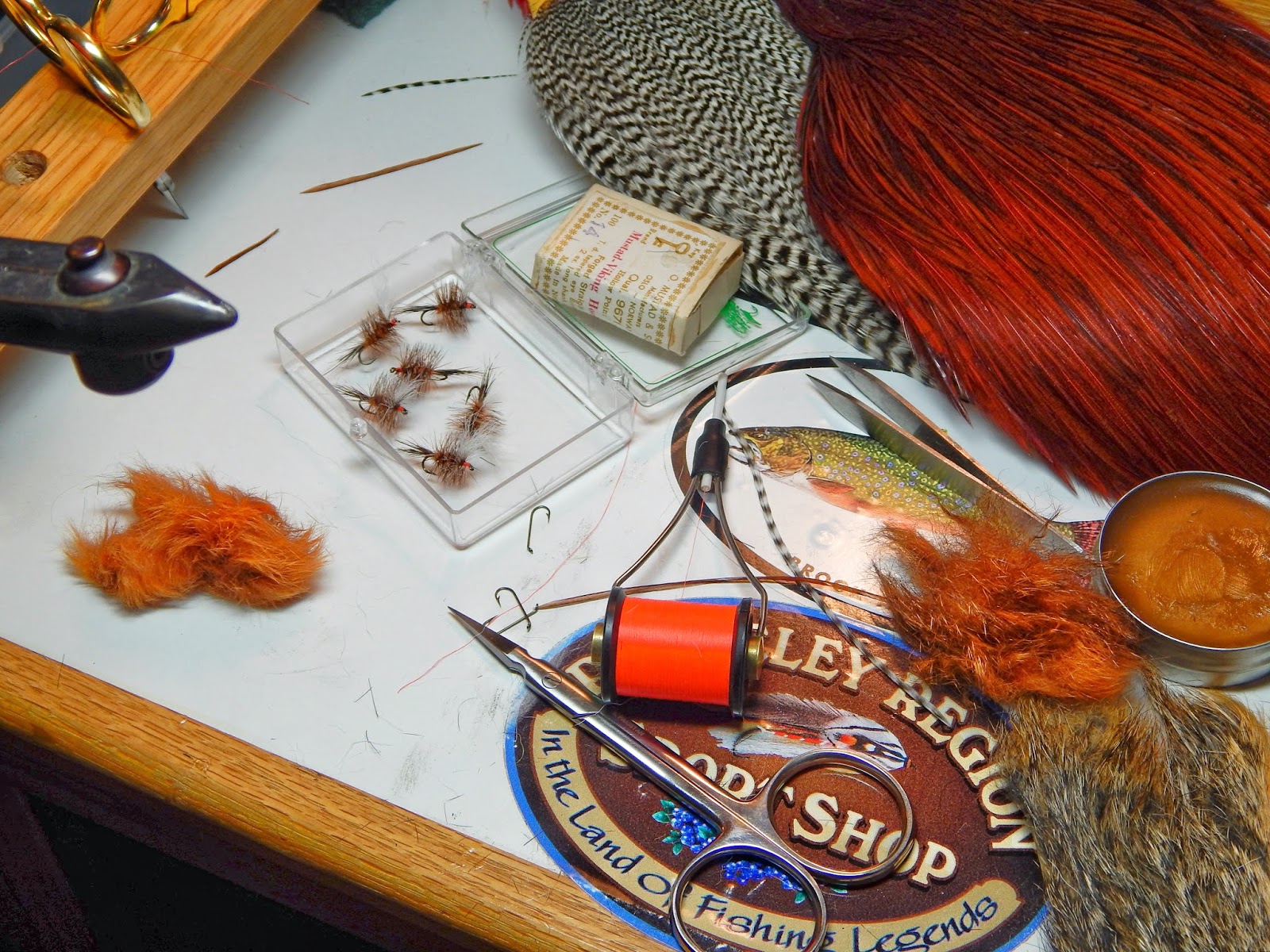 I've been spending some time on the bench tying flies. Most of these will be for the season coming up soon,"hopefully", as well as some for other anglers who have expressed a desire to fish these "bombers". As I started to wrap the hackle the second or third turn suddenly caused it to break. At the point in the fly where I was at, this becomes quite a pain. It seems that the brown hackle had become brittle to the point of breaking. This happened on two flies and then the neck was put to rest. After changing hackle the tying proceeded without a problem.

There were two other patterns I tied this day. One a simple dry requiring only two materials, and another one of Jack Gartside's classics. 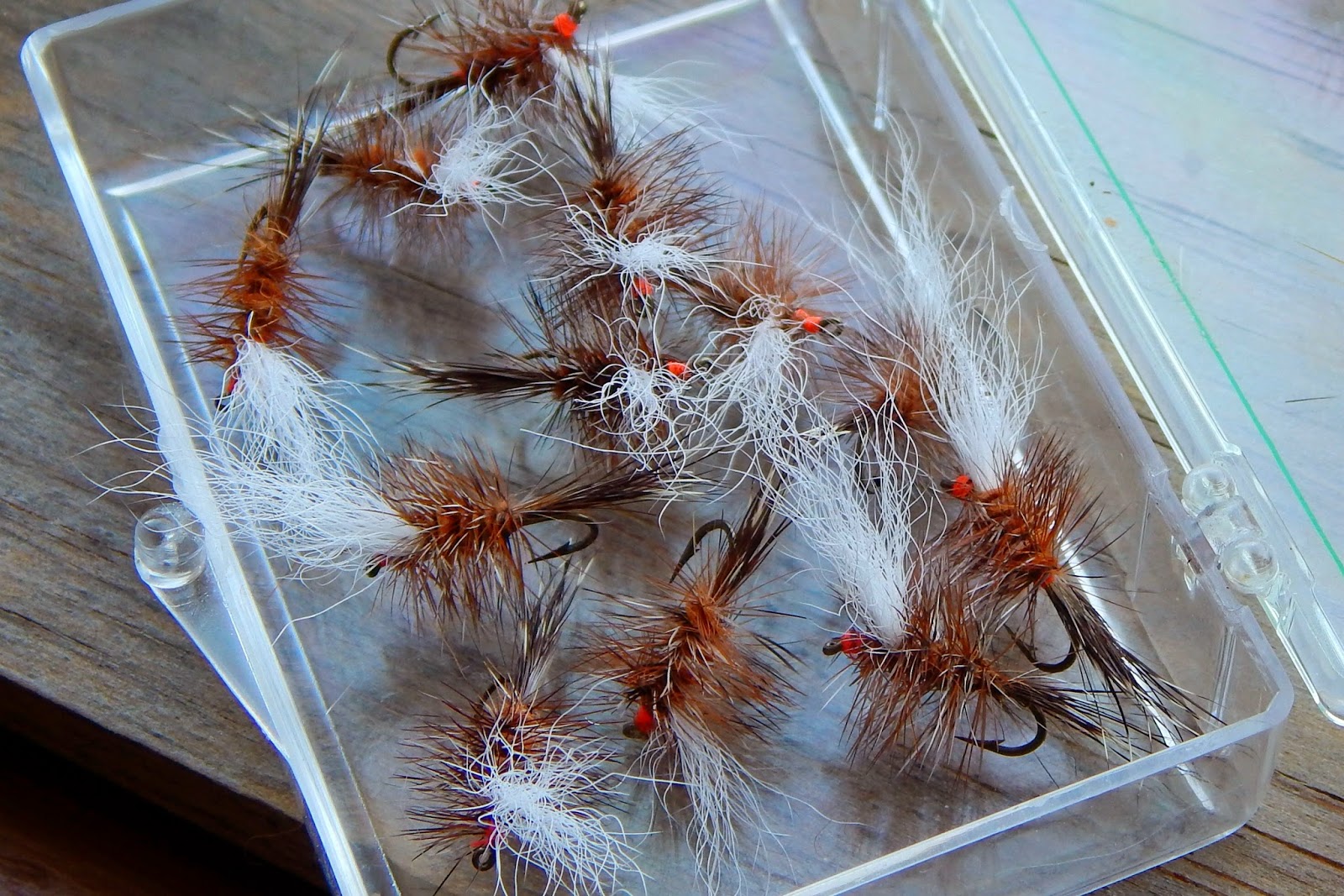 Some Bombers waiting for future action. A pattern from Fran Betters. 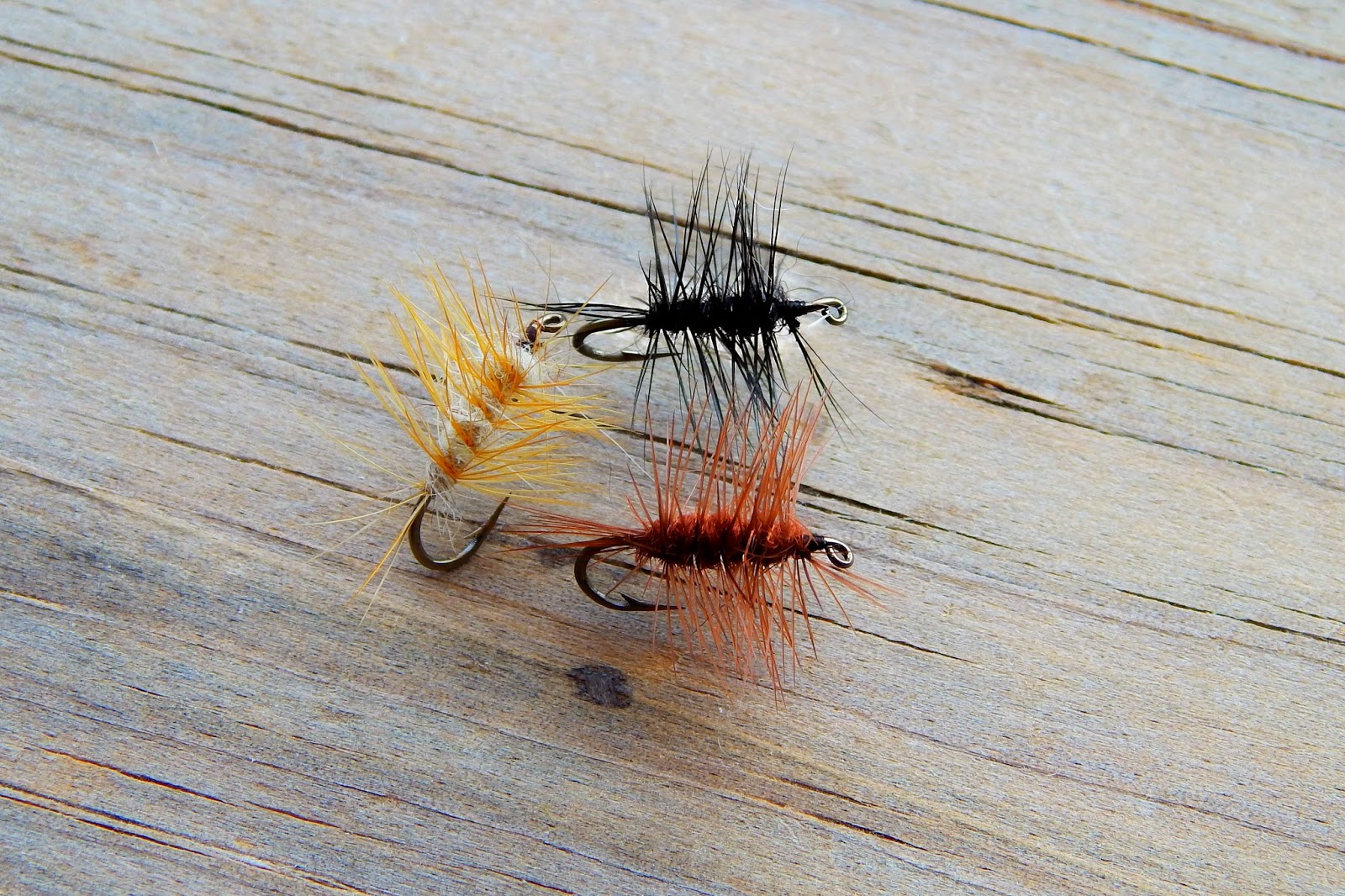 This is a simple dry fly using just two materials. It's based on an old English pattern created by Charles Cotton. He used basic black for both dubbing and hackle. I have fished this black fly with good success. Here I have tied the pattern with different colored dubbing as well as hackle. These flies will represent many different naturals on the streams. 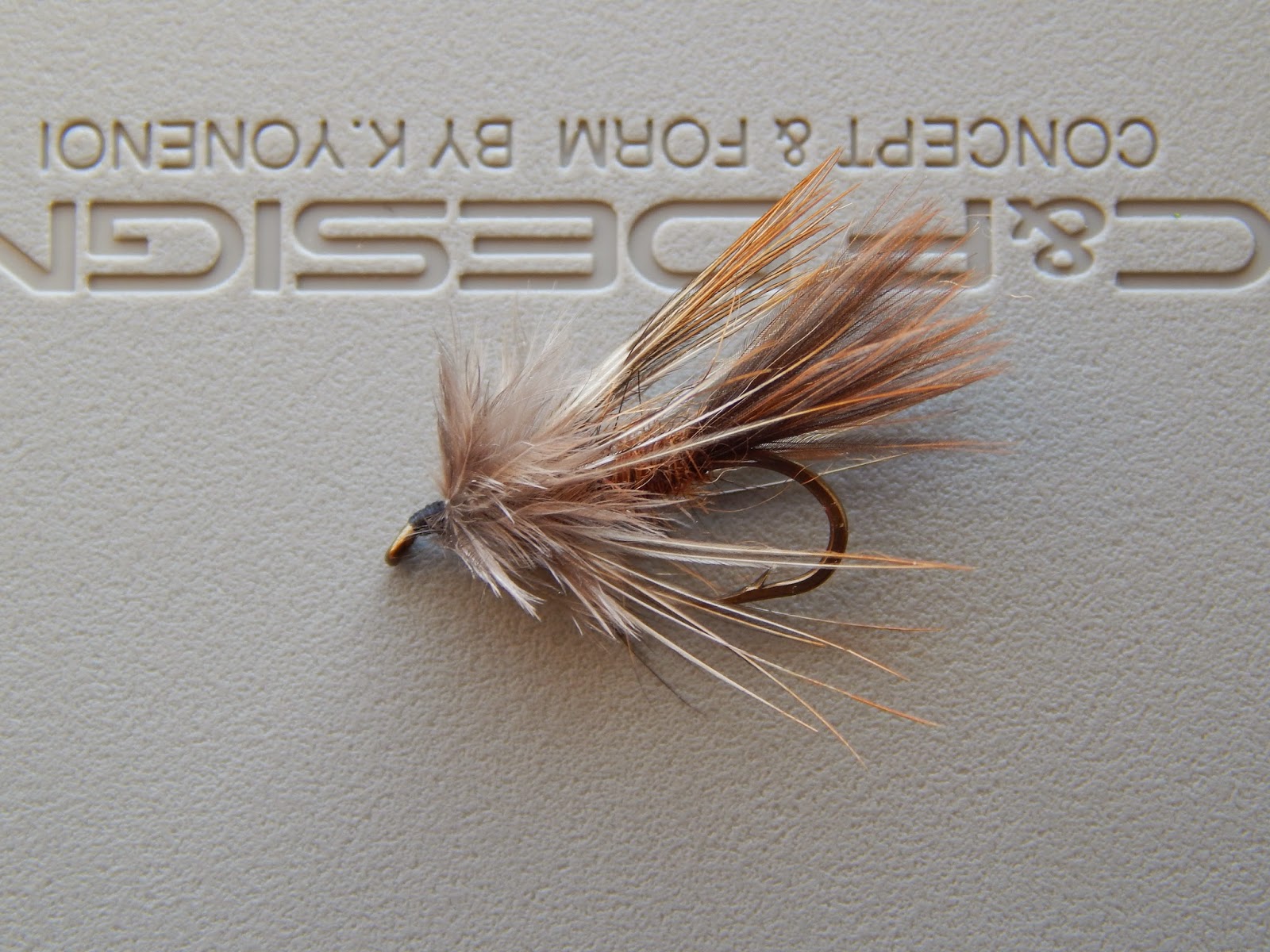 This is Jack Gartside's "Sparrow" It's a great fly, representing a nymph, emerger, or a streamer. It can be tied in various sizes from 8 to 14. It requires only two materials, feathers from a ringneck pheasant and some dubbing. This fly has lots of movement in the water.