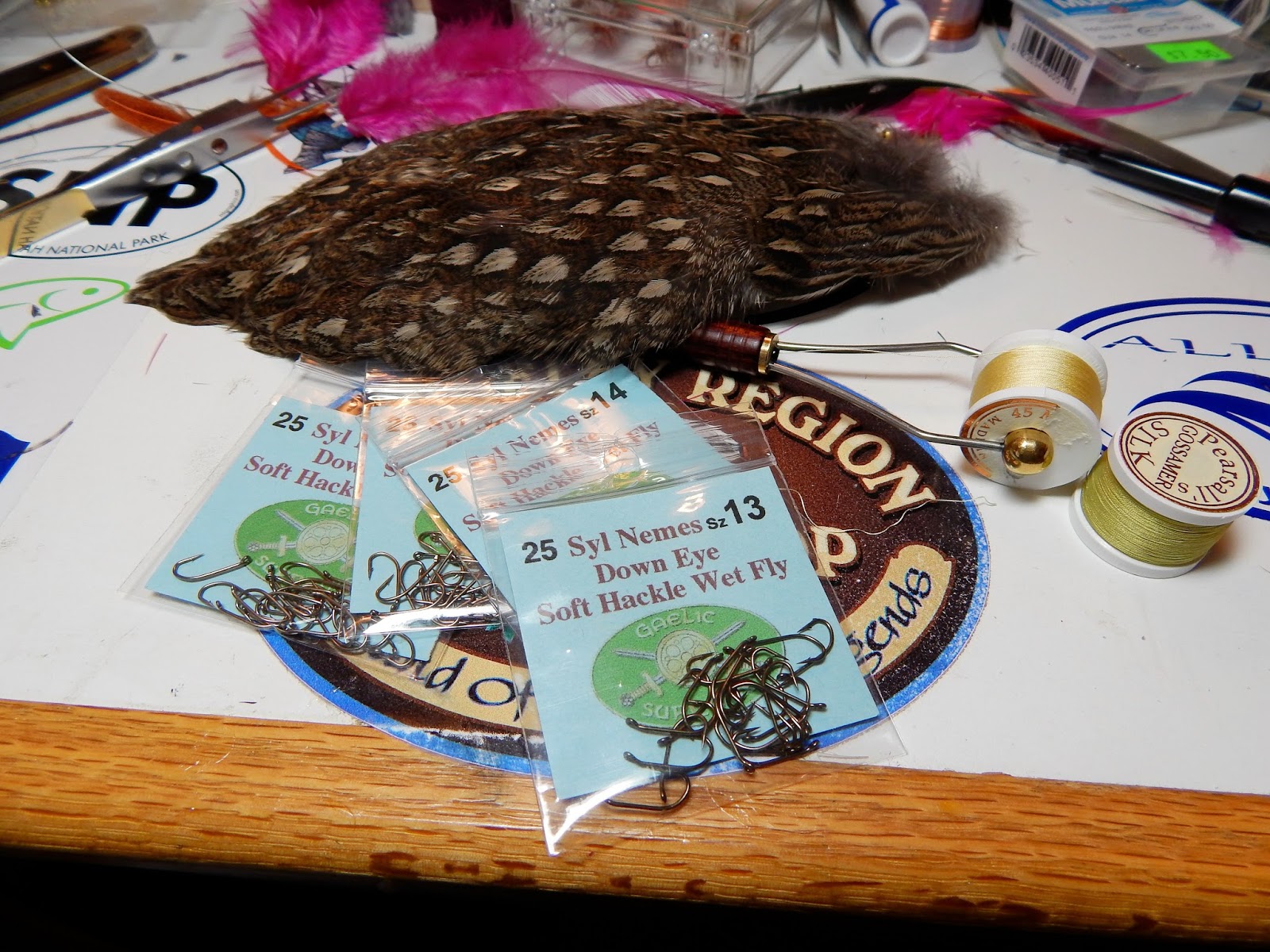 Last Friday I attended the Fly Fishing Show in Marlborough Massachusetts. I had attended this show before many years ago and was anxious to see how it had changed. I had a few things on my shopping list which I did find as well as a few others. I found this Grouse back, and I quickly snapped it up. The natural design of the feathers will be perfect, not for soft hackles but for streamer shoulders. I also found some wonderful soft hackle/wet fly hooks. These are hand made English hooks and the come in some odd sizes which are not found in shops. Size 13's. A nice color was found in Pearsall's silk. I think it will make for some lighter body colors.

Along with many vendors offering lots of "stuff", the nice part of that is you get to see it and touch it before purchase. Many tackle companies were there with everything fly fishing. I had the chance to cast a TFO 5ft half weight rod. I almost went home with it. The best part of the show for me was meeting many people, authors, fly tyers, and book sellers. 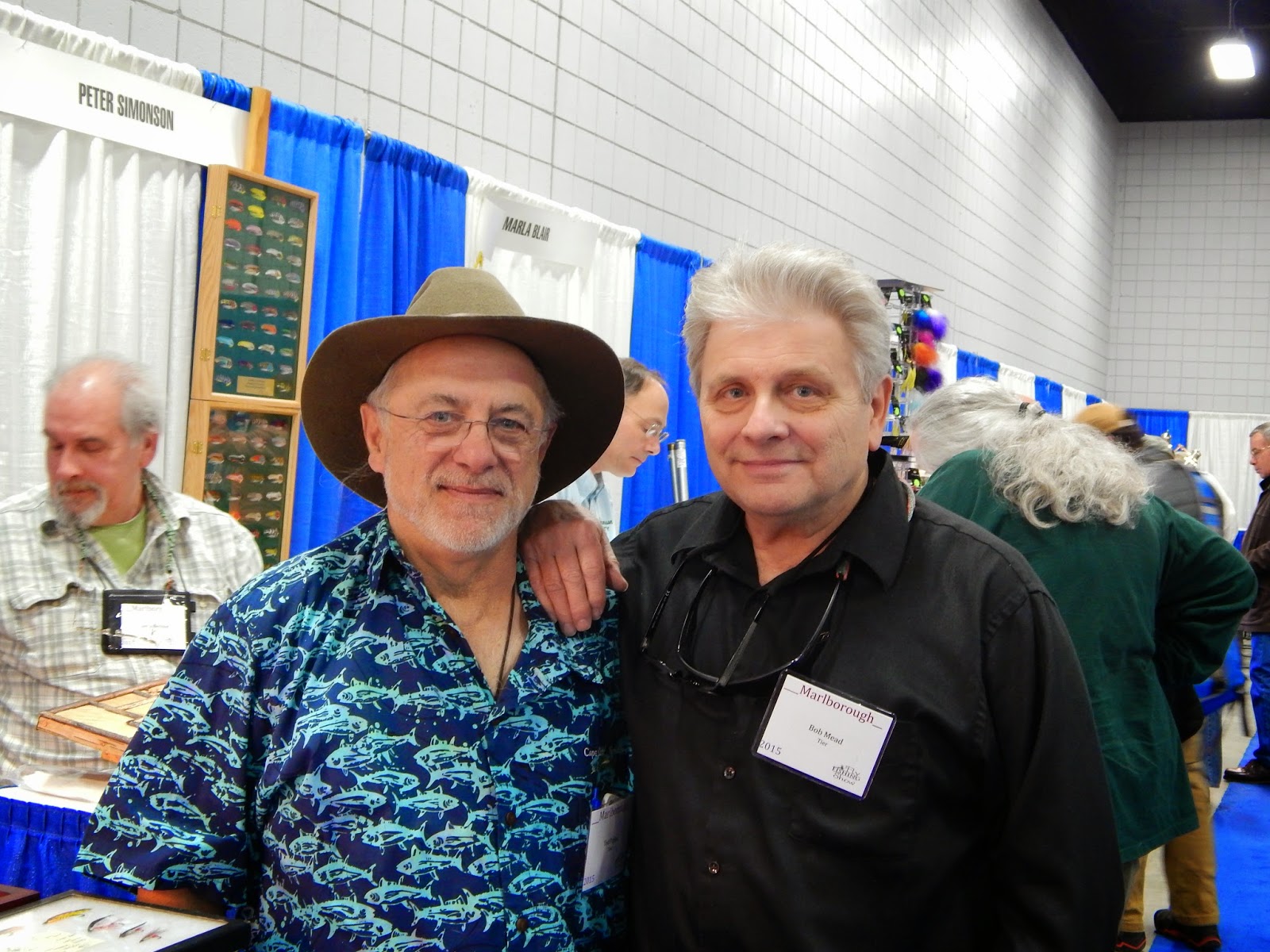 Here are a couple of gentlemen I had the pleasure of meeting and talking to for quite some time. The gent on the left is Ted Patlen. He is a fly tyer, fly fisher and an absolute fly fishing historian. A walking encyclopedia. Ted's comments and input can be found on various sites and forums. It was a pleasure to meet and talk with you Ted.

The fellow on the right is Bob Mead. Bob is a wonderful fly tyer as well as a friend to the late Fran Betters. Bob and I talked for some time about Fran and I was given much new information about Fran. Bob it was a pleasure meeting and talking with you. 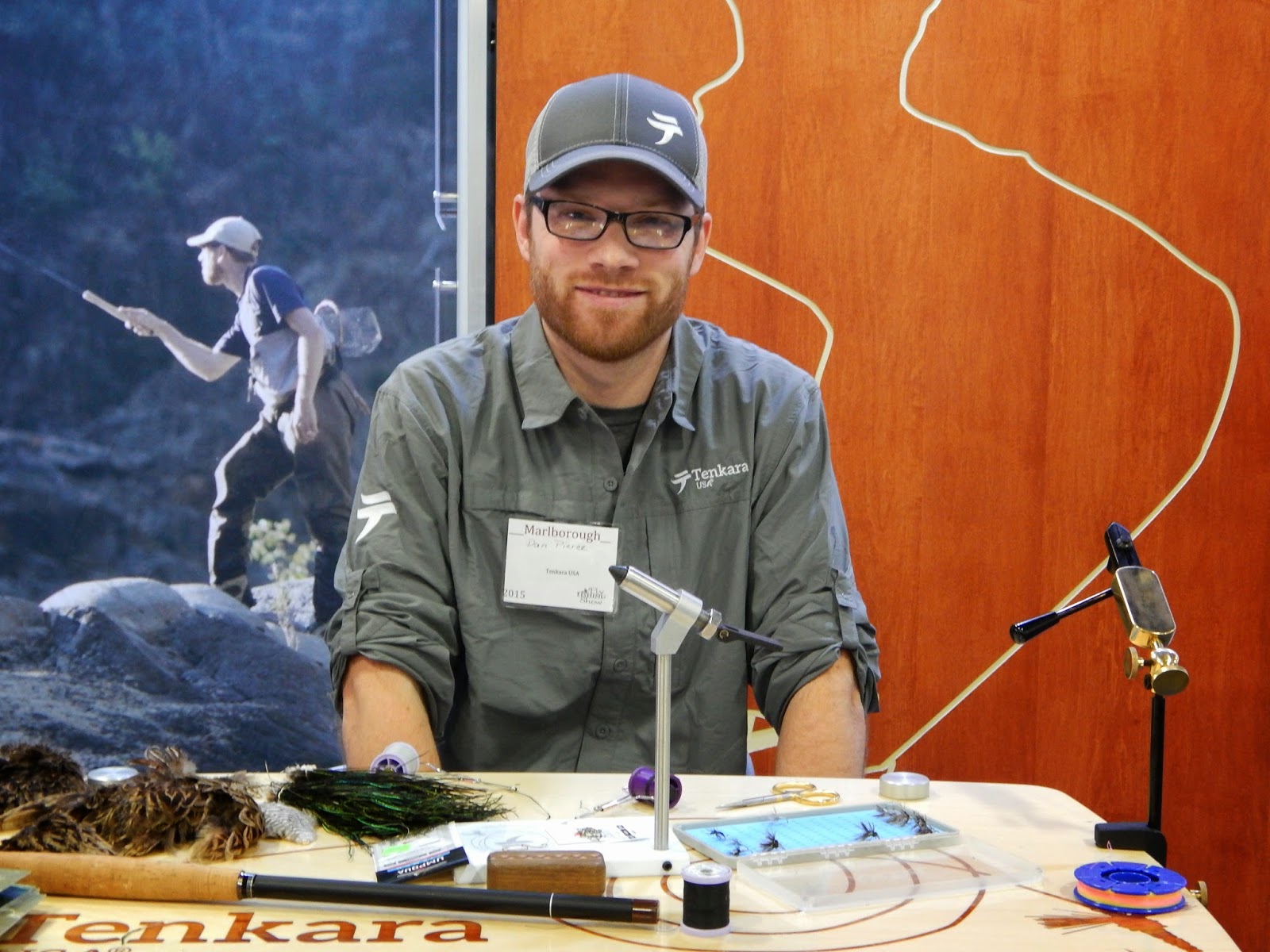 I stopped for a spell and talked "Tenkara" with Dan. He was in the midst of tying a few flies which I watched him complete. The flies were simplicity to the highest. He was generous to give me two of his flies which I will test. Thanks Dan. 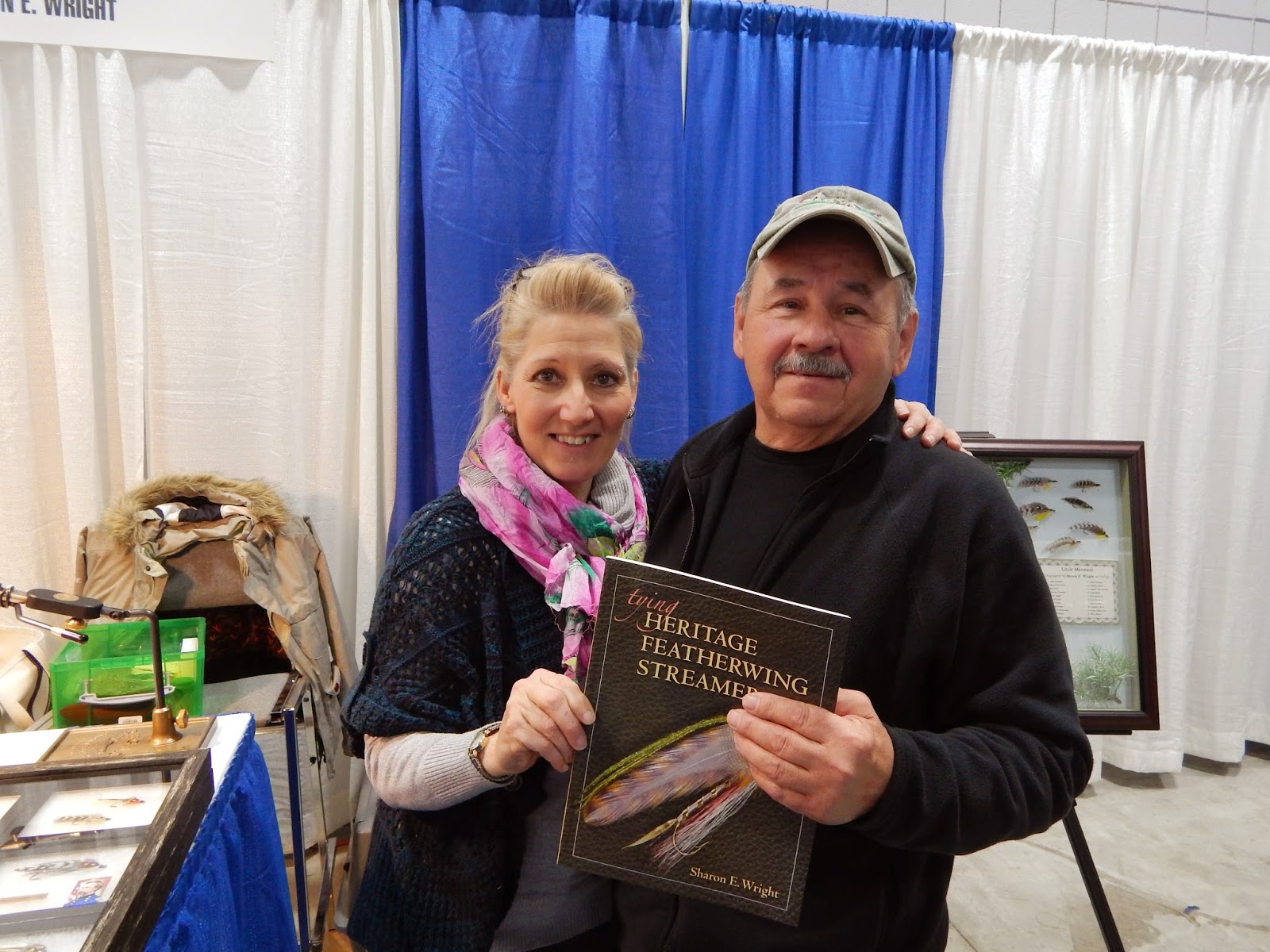 For those who follow this blog you know my love for the streamer fly. When I got wind of a new book about to be published on the subject I was to say the least excited. And when I read that the author of the book was going to be at the show and the possibility of meeting said author all but sealed the deal to go.

Sharon Wright the author of "Tying Heritage Featherwing Streamers" is one special lady and fly tyer. I spoke with Sharon at length about the book and her love of tying these beautiful flies. A master at her craft she joins a group of Maine women who have taken the tradition of streamer flies and tying to the new century. The book was signed and I have not read it through, but it is well done with with many beautiful color photos. There is a feature where she takes apart a Carrie Stevens streamer to show just how Carrie tied her treasures. Thanks Sharon for the book and for your words at the show. 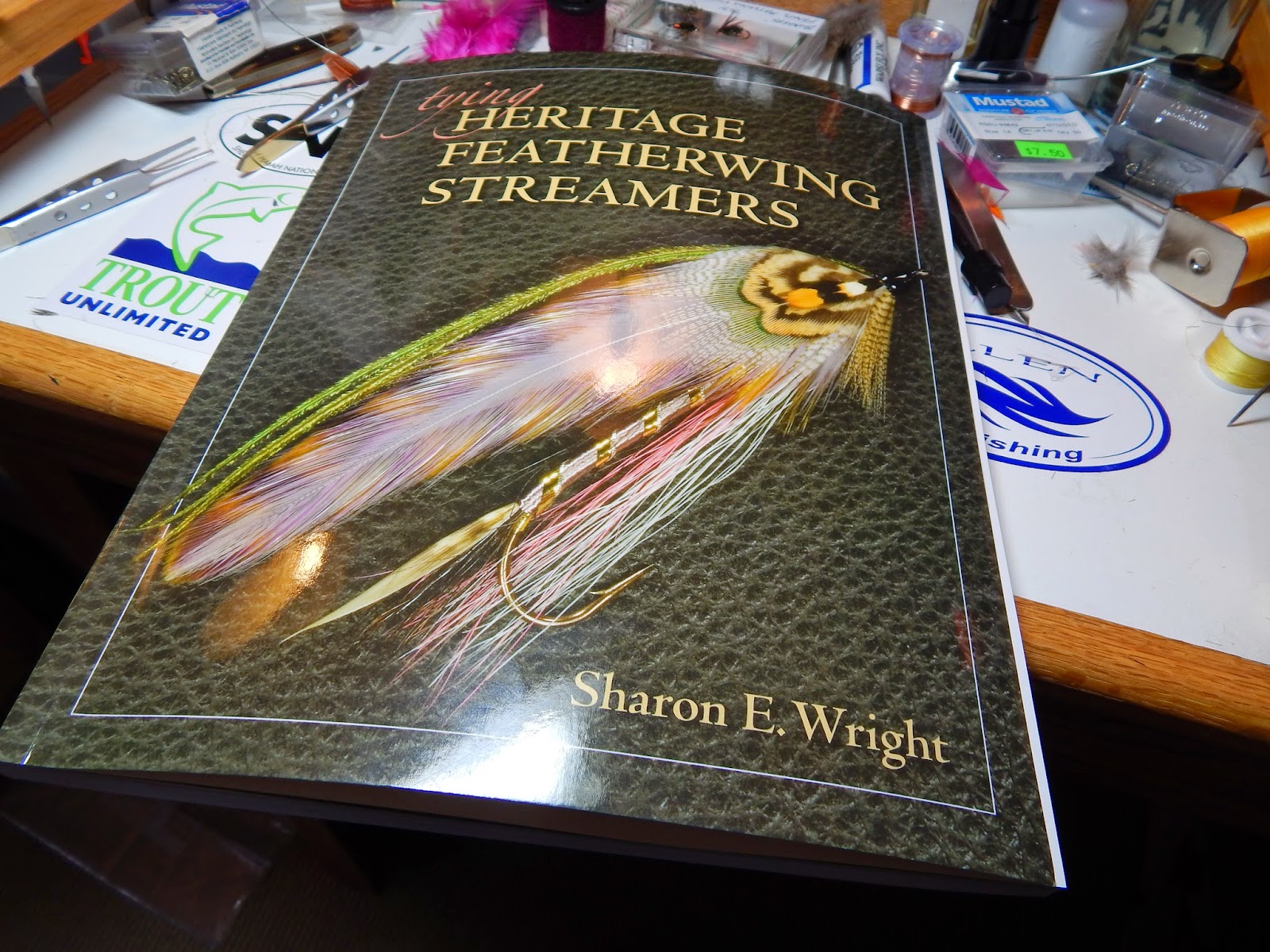 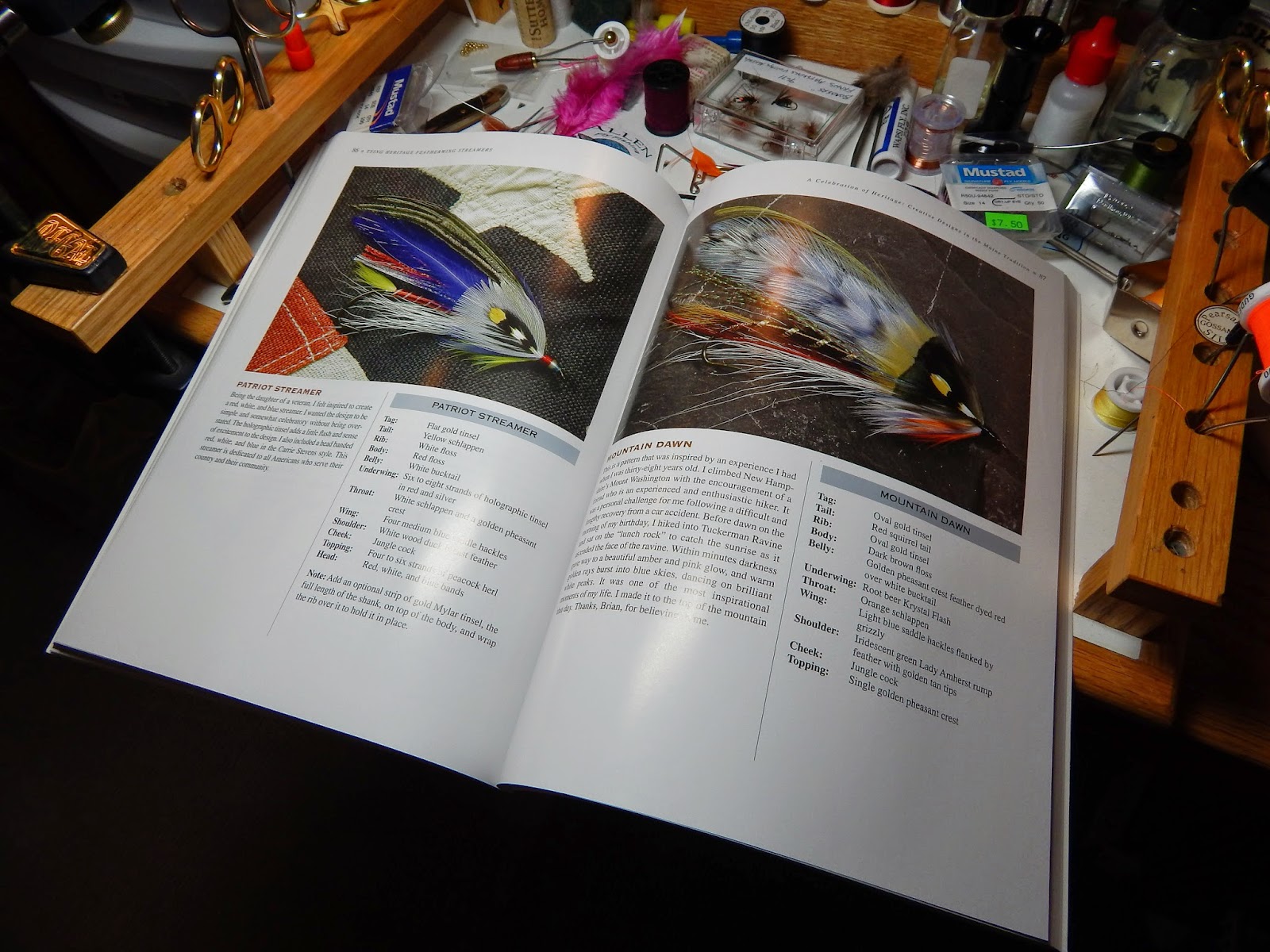