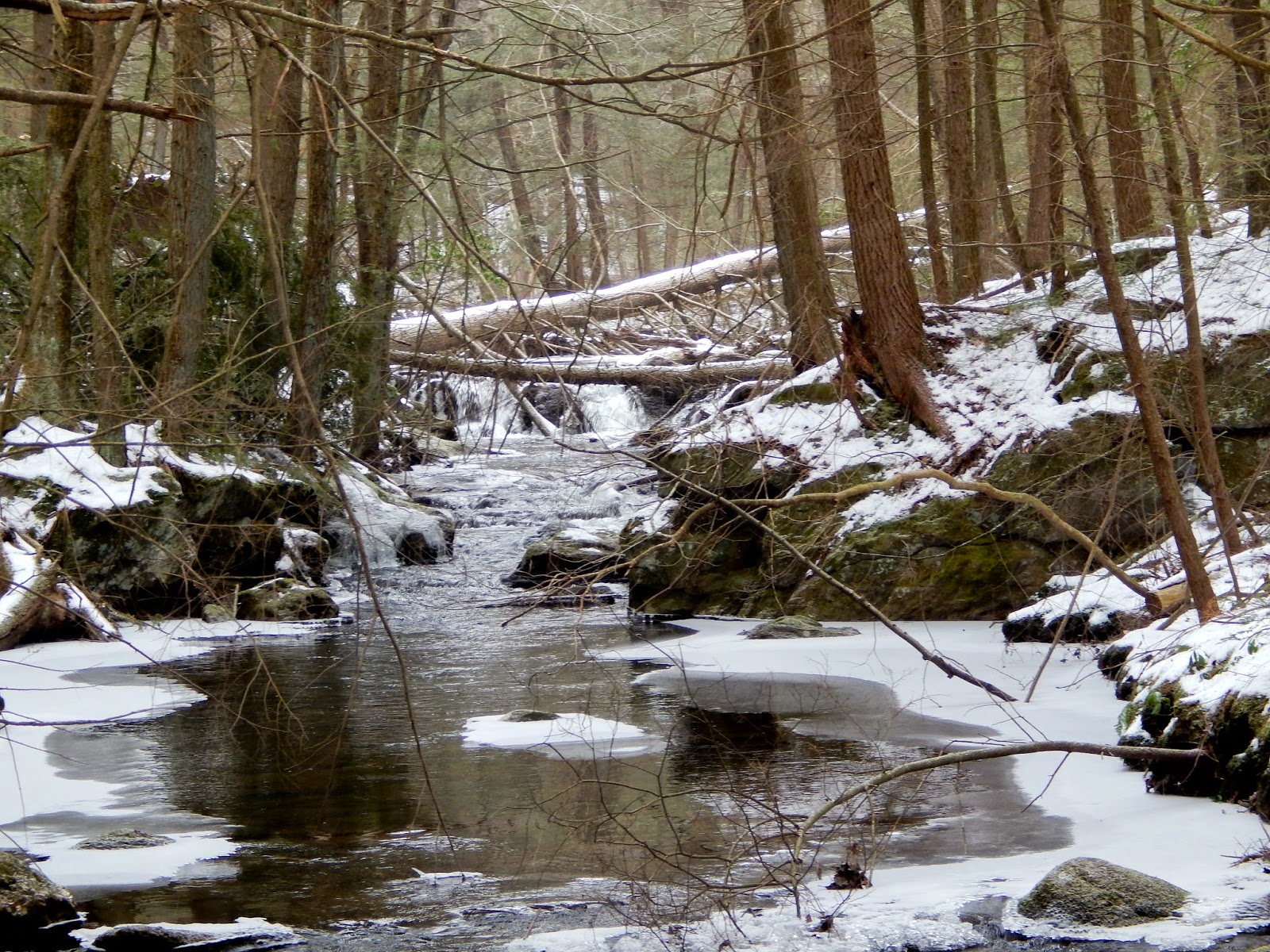 Winter is upon us here in Connecticut. I woke up this morning and the temp on the deck was 8 degrees and to go along with that 8 degrees was a wind that is an attention getter. I did however make an attempt to catch a few winter brookies yesterday. The temperatures were to be in the 20's, but I think it never made it. The skies were gray and it snowed. As I walked along the stream I was amazed at how frozen it was. There were places where it was completely cover over. The slower runs where I was able to drift a fly I had no response. I knew my chances were not good, but the beauty and the hope kept me working up the stream.

I was at the point of packing it in. My fly line had at least 1/4 inch of ice on it and it now longer would cast. It was at this time that I sat down n a stump and opened up the thermos and enjoyed a hot cup of tea, and another hot cup of tea along with a lemon biscotti. As I sat there feeling my insides beginning to reap the benefits of the tea I realized this may be my last outing. The next week or so is offering cold temps to hang on and with that more icing on the streams.

So with that I'll be at the bench tying up a few flies, perhaps reading, and attending a fly fishing show. Stay warm folks. 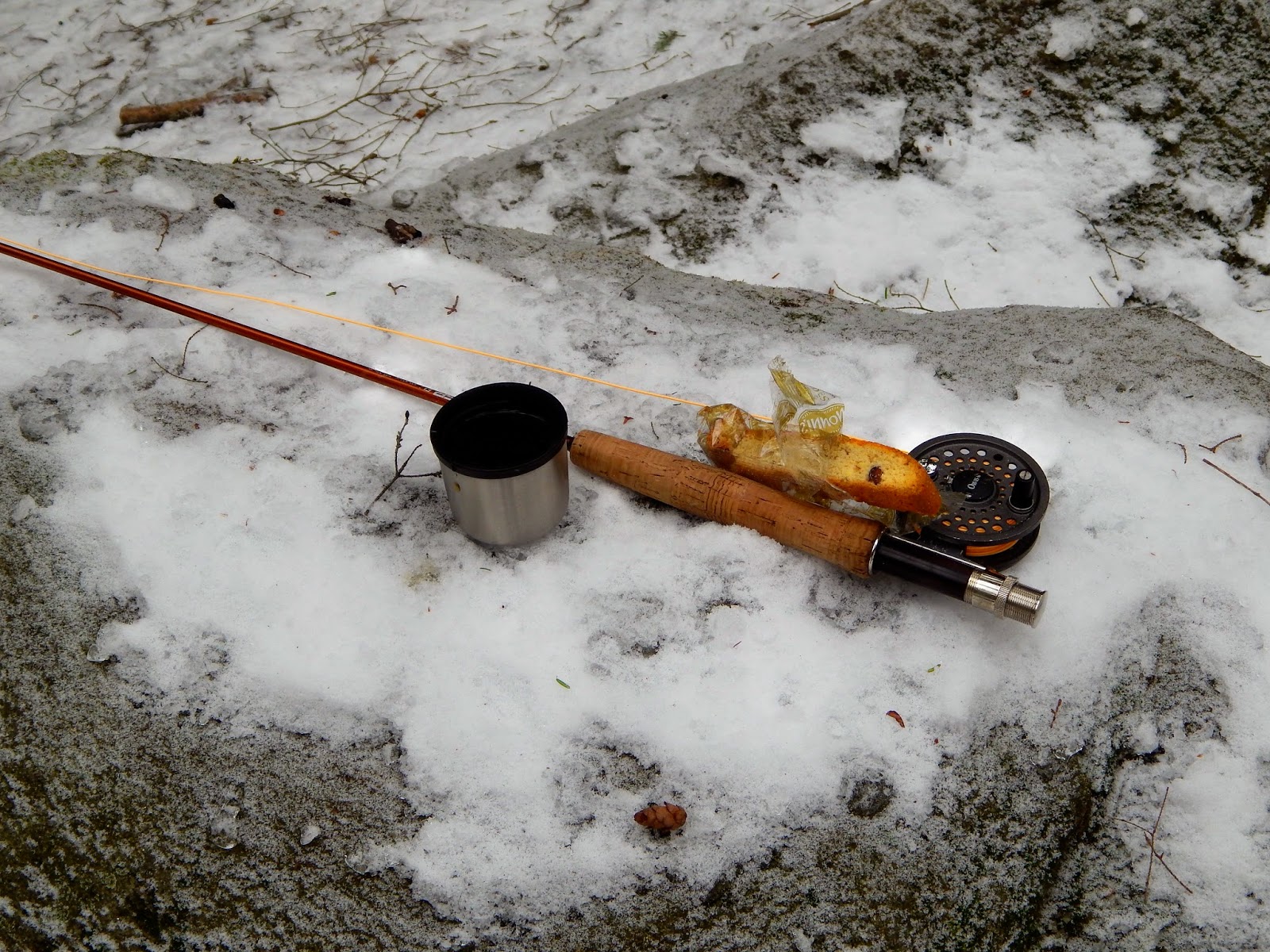 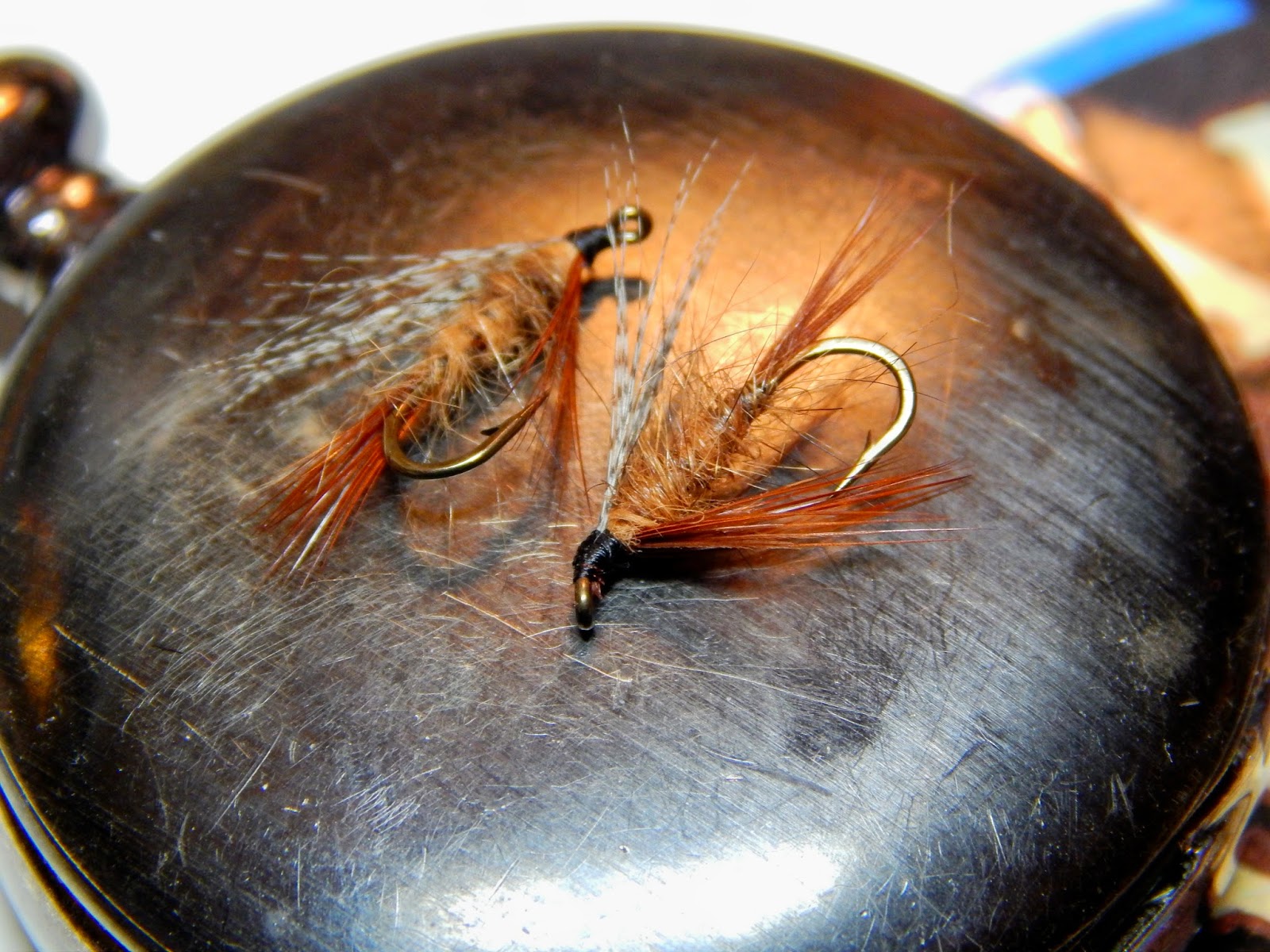