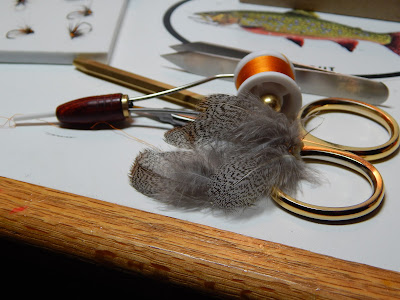 The soft-hackle, there are probably more patterns tied using this style than any other type of fly, with the exception of the nymph. And in this group of soft-hackle flies is the North Country Fly. Many North Country flies are also referred to as "spiders", and I really don't know the difference between them. One thing I do know is their simplicity and their fish taking capabilities. The fly featured here is the Partridge and Orange, with two variations. The material list is but two items...Pearsall's Silk thread and partridge hackle. The variations have peacock and golden badger hackle. 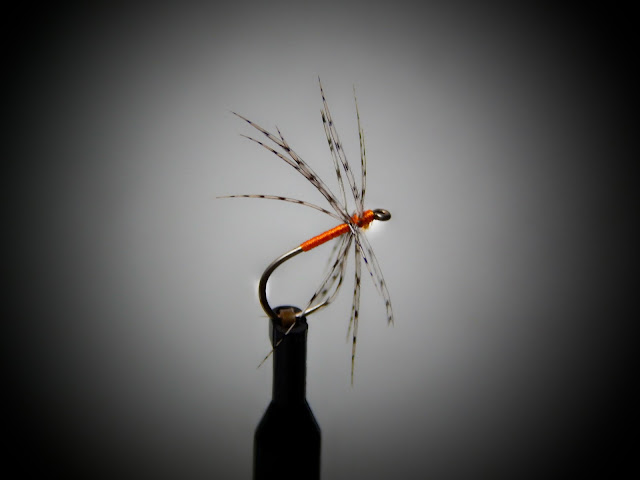 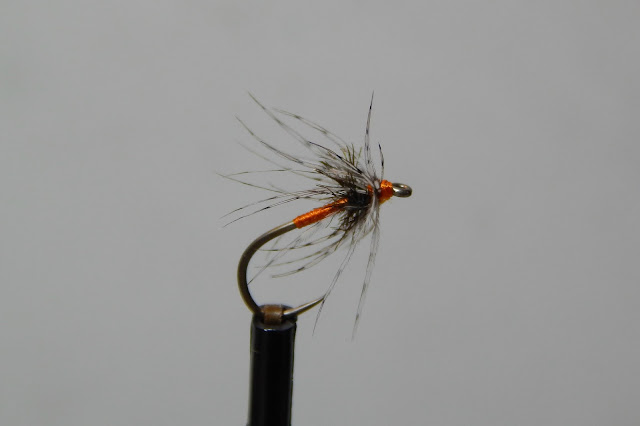 The Partridge and Orange with Peacock....this pattern I tie with a peacock thorax. This fly accounts for a great deal of trout. 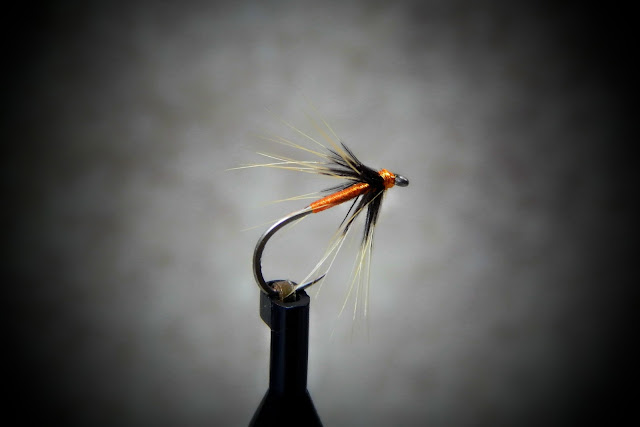 The Golden Badger and Orange....this pattern uses a golden badger feather for the hackle...the natural badger barring gives the fly a blended thorax. 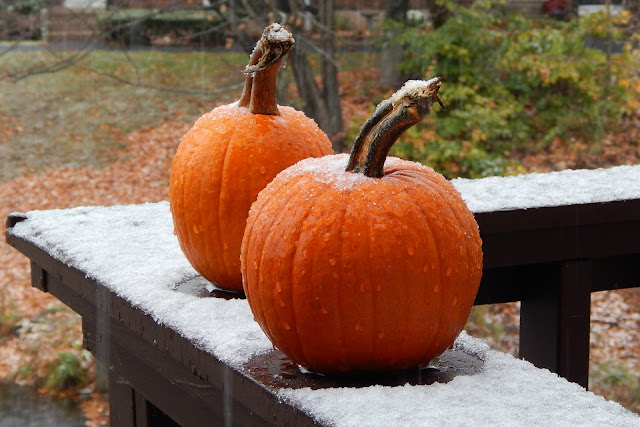