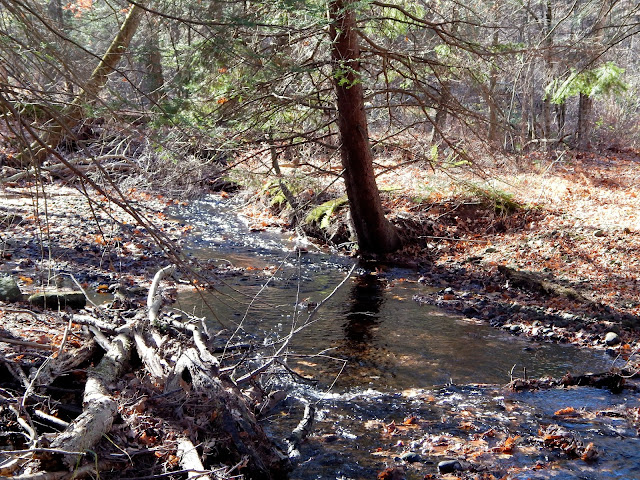 I read a post last week by Mark over at "Fishing Small Streams" about an outing he recently had on a stream that we both love. After reading it I decided to check out the stream and found some surprises. The water flow was good and there were many deep pools. Looking into the water I saw brookies, some darted away swiftly and others just sat on the bottom doing what brookies do.

The air temp the day I fished was warm probably near 60 degrees, the winds were not a problem. A few runs had leaf dams, and usually near these was a feeding brook trout. As I walked along it seemed to me that the trout in this had completed their spawn for they were feeding with a mission. 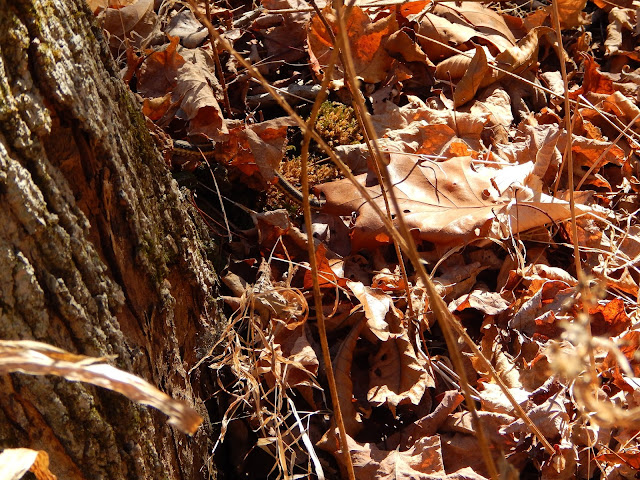 Not only were the brookies on a mission so were the snakes. I saw a few little guys here and there. If you look closely you'll see one here. 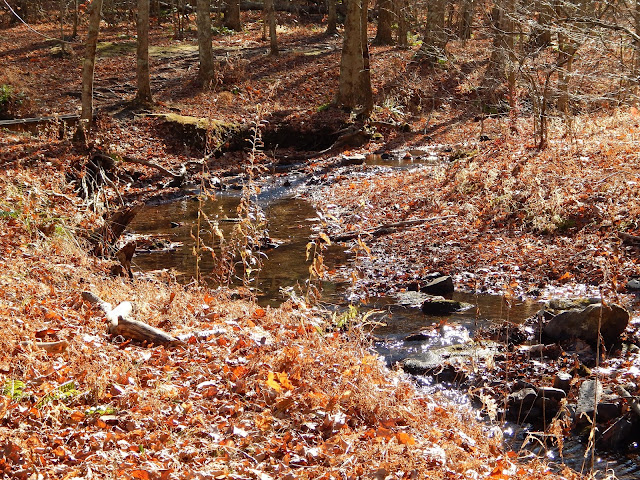 This is a lovely little run, a favorite of mine. I stood upstream and watched several trout feeding on the surface. Bright sun, and clear water was not an issue...they rose freely. 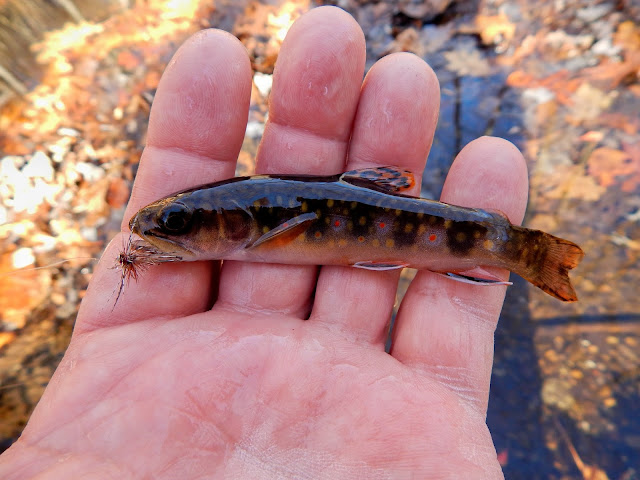 Several brookies like this fellow came to hand from one run. 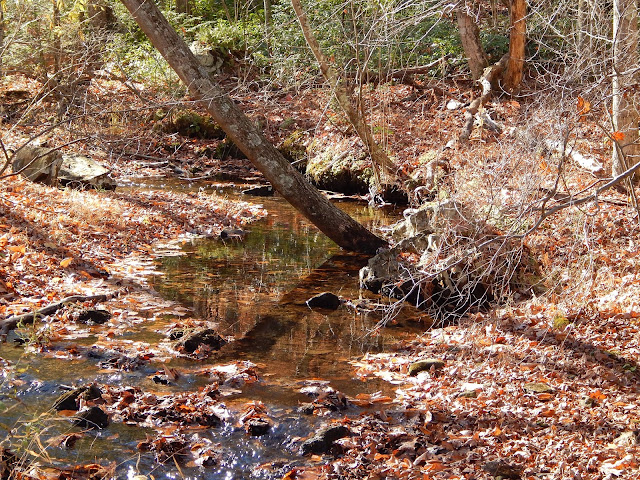 As I approached this pool I scattered several trout. These fish seemed to be a bit larger. I circled above trying to not spook them again. Upstream I observed them slowly returning to their former positions. I cast the fly and watched it drift. I saw a trout move to it and as it rose I pulled to quickly, but he followed it and finally took it. 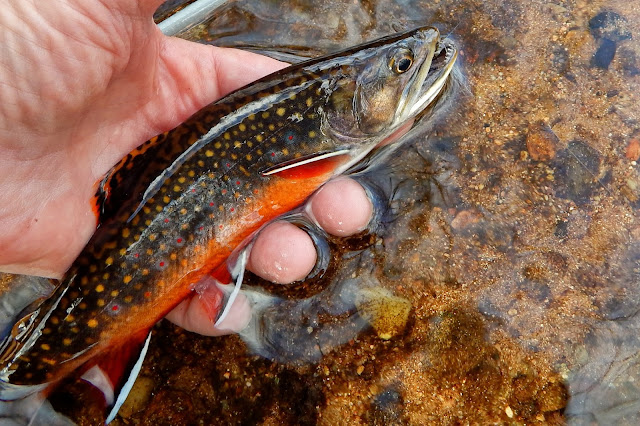 In a few moments a beautiful wild jewel was at hand. He was a true giant for this stream and a blessing. As I released him back into the cold water I could not help to think how the will and the fortitude this brook tout had to make it through this past summer. They are a special breed.

As I looked at this photo at home a few features stood out. I saw a hump forming on his back, his teeth were protruding almost like a salmon, and he was in perfect condition......carry on my friend.