A few years back a group of streamer tyers got together for a challenge. As you know or probably not know Carrie Stevens tyed her streamers without a vise, a feat that most tyers, let alone commercial tyers would not even think of. The streamer selected was "Carrie's Favorite"...we all tied our versions of the streamer with out a vise. It was fun, but something I'd probably never do again. During the process my wife told me I had invented 10 new swear words. The experience gave me so much more respect and admiration for what this lady had accomplished. 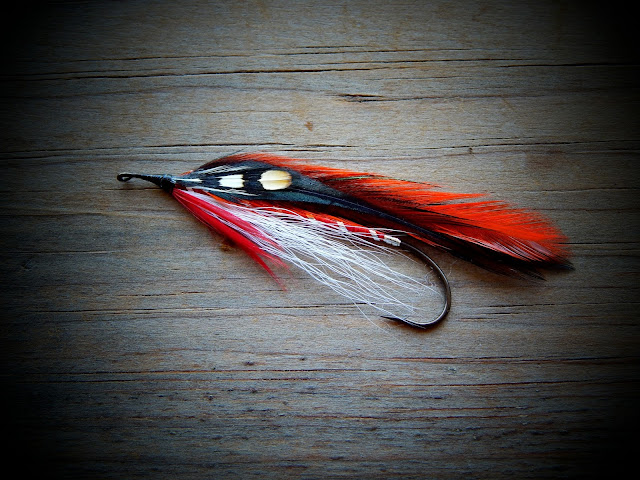 This is a streamer I tied to commemorate the birth of my grand-daughter. The streamer is named "Morgan's Fancy" 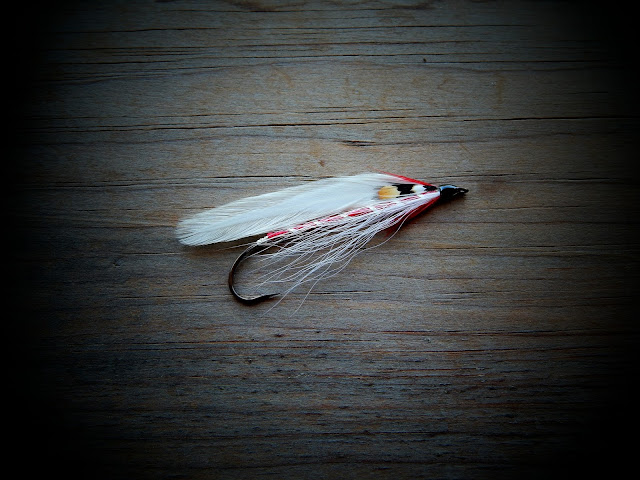 A streamer I tied to commemorate the birth of my grand-son. The streamers named "Ethan's Dragon" 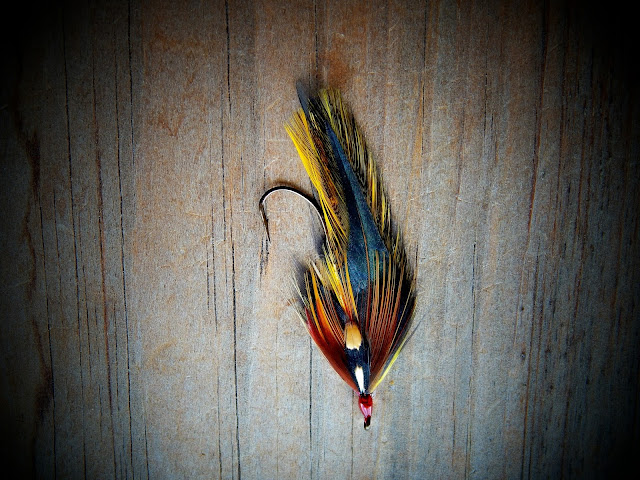 This streamer was a request from an old blogger by the name of "Midgeman" he wrote a fine blog that was devoted to the midge, there were hundreds of patterns. One day he told me of a hairwing streamer that he favored and asked if I could tie it in the "Rangeley" style. The fly is called the "Platte River Special"