A Stream Through Time 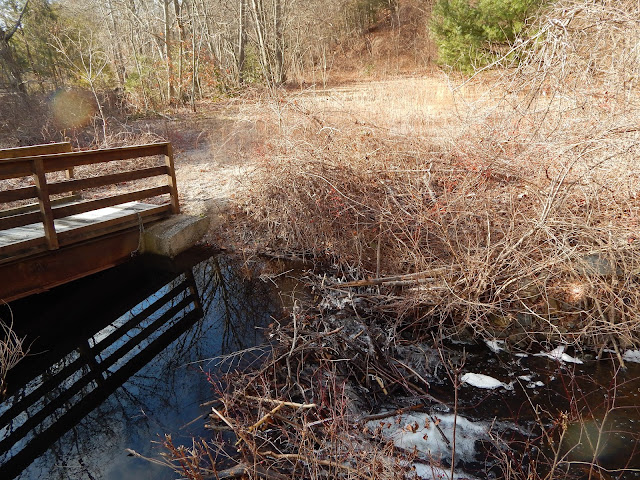 When we were kids back in the late 50's we had a summer camp at Hamonassett State Park. It was a large WW2 army tent along with a small pre-fab building. At that time you were able to keep your camp all summer and we so enjoyed those times. We would come home weekends to o laundry a shop for some things you were not able to get along the shore. The route we would take was a two lane highway, and speed limits were 45mph tops, so this made the 50 mile drive quite long. There was a restaurant along the route that was about half-way between home and camp. "The Watering Hole" as it was called. We would stop for a spell and the adults would enjoy a Balentine or Schaffer and us kids had a "Frostie" root beer or a Coke along with a bag of chips. Naturally us kids did away with the refreshments quicker than the adults and so we would head outdoors and explore the area. There was a stream that flowed behind the restaurant and I being a novice angler took interest in it. That's where it ended, I never fished that stream.

In the early 70's my son was born, a fishing buddy built into the house. When he was 10 we visited that little stream of my youth, the one I never fished. There was an old broken down bridge that crossed the stream. Looking through the cracks and splits I observed fish moving about. I encouraged my son to drop his line into the pool. As the worm hit the surface a fish rose and took the bait. A few seconds later we were holding a 12" bass. We continued to fish that stream and caught many more fish, bass, chubs, and sunnies. Again we never fished that stream for sometime. Forward to the 90's I said to myself it's time to check that stream again. Was was solid into fly fishing and was curious to see if the stream held some trout. My curiosity was answered in just a few casts. A handsome brown trout was at hand. I found out later that the state had stocked this stream with browns years ago and a few perhaps spawned successfully. Now this little stream has gone "native and wild"...I still fish this stream, and I enjoyed its company along with a few of those "native and wild" jewels that call it home. 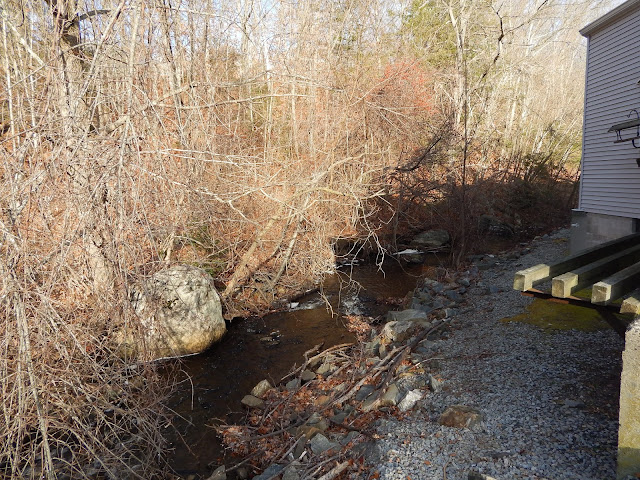 The restaurant is still there, but now it's an office complex 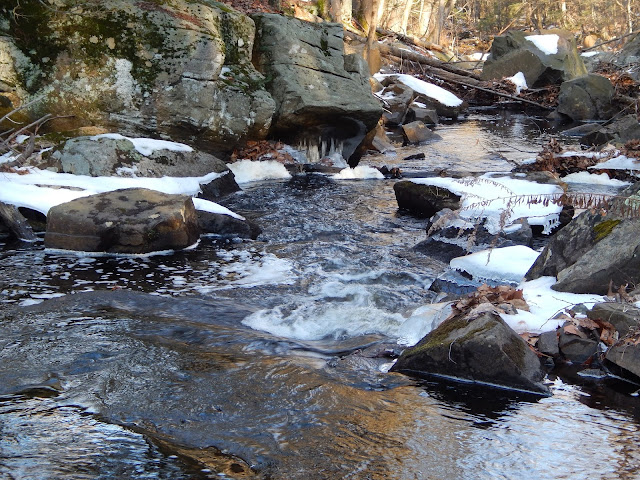 The stream is so beautiful...though its jagged rocks must be respected. 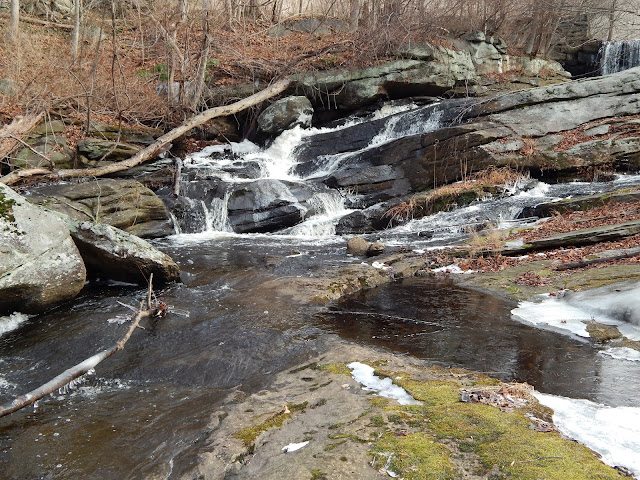 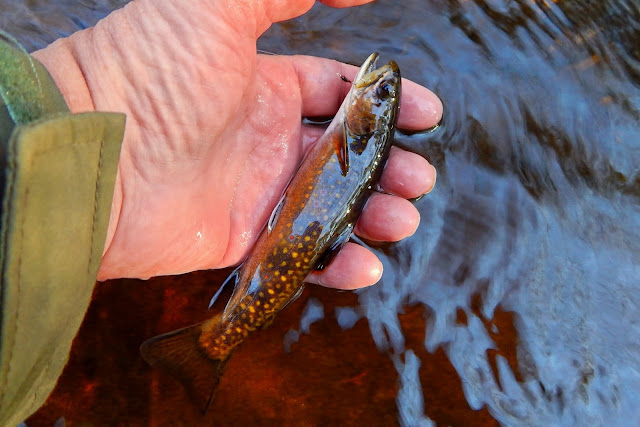 Still faithful after so many years. 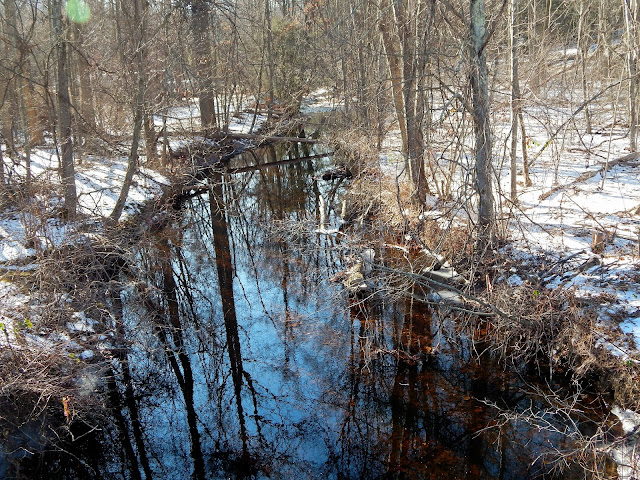 "Small Stream Reflections" can be seen in this pool. 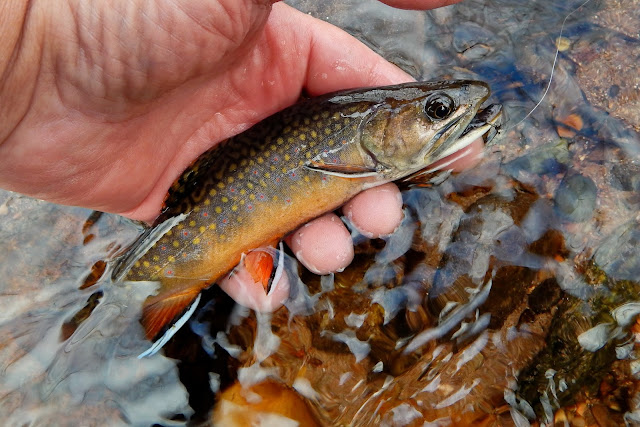 A fly presented just right will yield a beautiful reward. 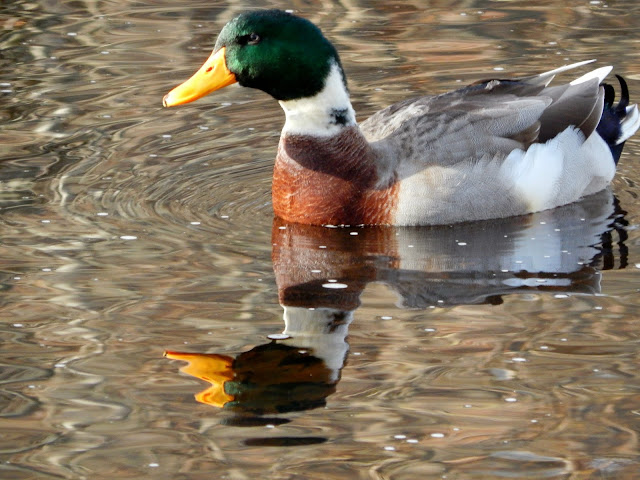 This fellow seemed to approve. 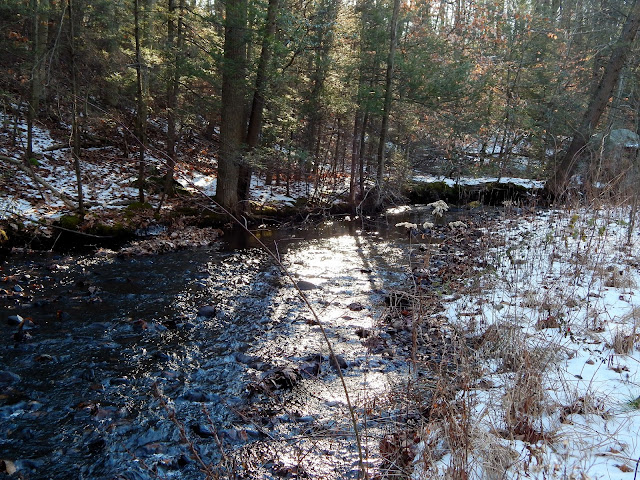 May this stream that has been in my life for so many years, continue to be as it is today.