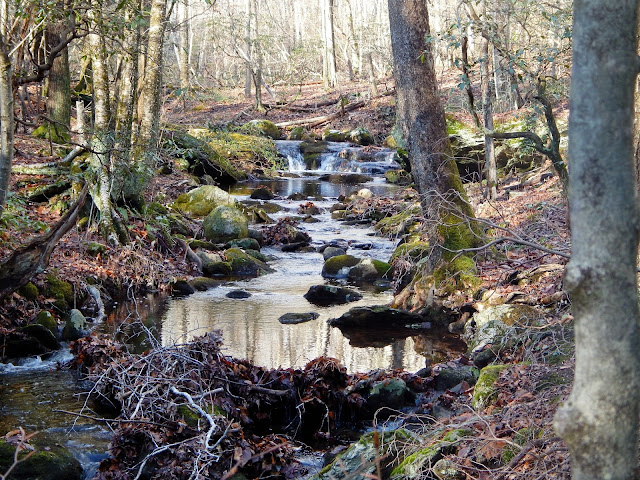 I had plans to fish three streams on this day and that mission was accomplished. As I've said many times these outings are more about an outdoor experience then it is about catching fish, and this outing was classic. When I walked down the path to reach stream #1 of the day I found it flowing beautifully. Just hearing it tumble over the rocks gave me a good feeling. As I got to where I would make my first cast I was a little bit shocked. Beavers had made a dam and it totally changed the streams flow, not to mention the mess around the stream which including the loss of a considerable amount of trees. These guys had made a total of three dams along a quarter mile of stream. There has to be something done...after the first of the year I'll contact the land trust to see if they are aware of the damage going on and if they have a plan on correcting it. Well I fished the stream some and had no luck at all. 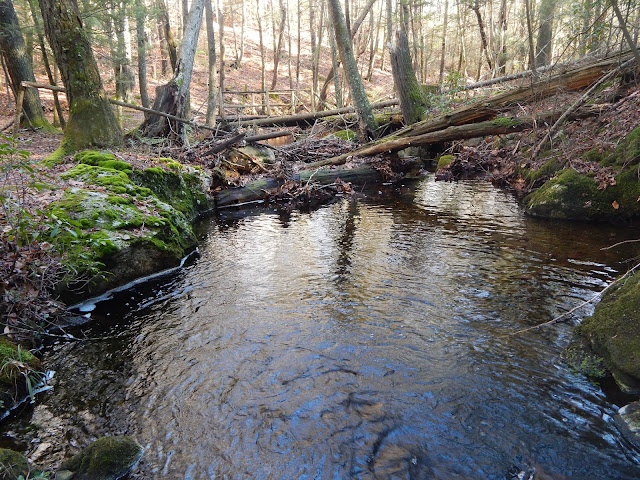 I drove to the second stream and found it looking sweet. I reached the first run and tossed in the fly, result nothing. I fished the entire length of that stream with out a bump. No panic on my end for I knew the trout were there for I spooked many. For some reason they were just not feeding.

Finally in this lovely pool I was able to get a fish to take. A 2 hour brookie....well worth the wait. 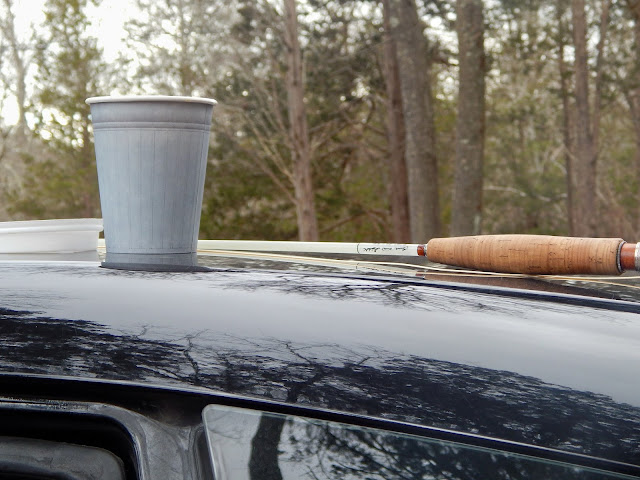 On my way to fish the third stream I pass by a small general store. This place has one of lifes pleasures in the form of coffee. The coffee is roasted and blended locally and brewed perfectly. It was delicious "black and hot". 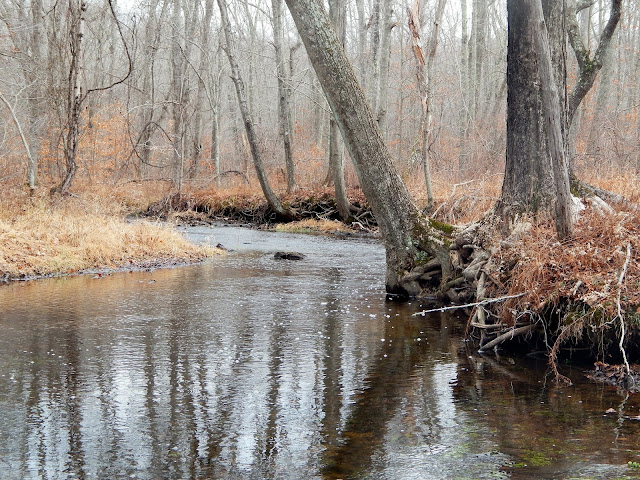 Stream 3, it's actually the same stream as #1 just further up. In this area the stream flows softly and it's pools are long with slight riffles in between. This section has given up some big brookies in the past, but today they were all sleeping. I worked very hard and with a variety of flies but I could not get a take. 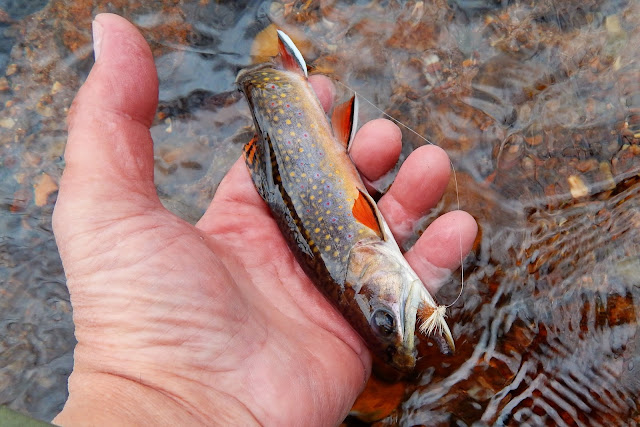 Not far from where I was to climb up out of the stream to call it a day I managed to get this fellow to take a dry. I was happy for that brookie may have been my last of 2016.
As Steve Coulton over at "currentseams" stated in his latest post "they had lockjaw today"......