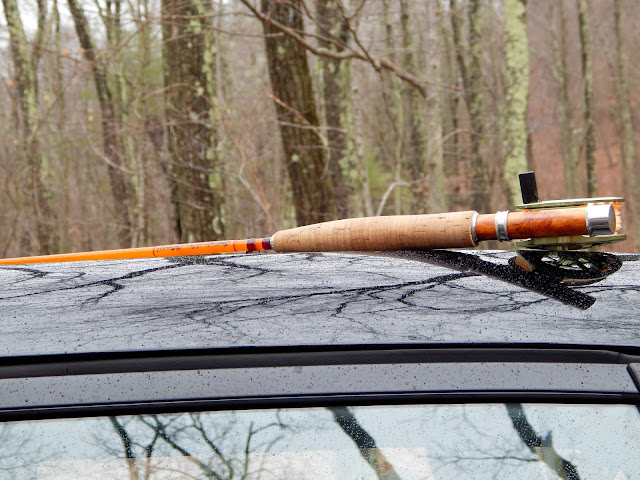 We were in a series of rainy, drizzly, damp and gray weather, not to mention very cool weather. The stretch was about 4 days and I was anxious to get out. So Tuesday I got the gear together and off I went. Looking at the car top you can see rain drops, not heavy but the very light kind just enough to keep you wet. That was pretty much the way it was on that day. The stream was up and a bit off color. Snow melt has been on going and sometimes that can turn off the fish, but at least I was fishing. 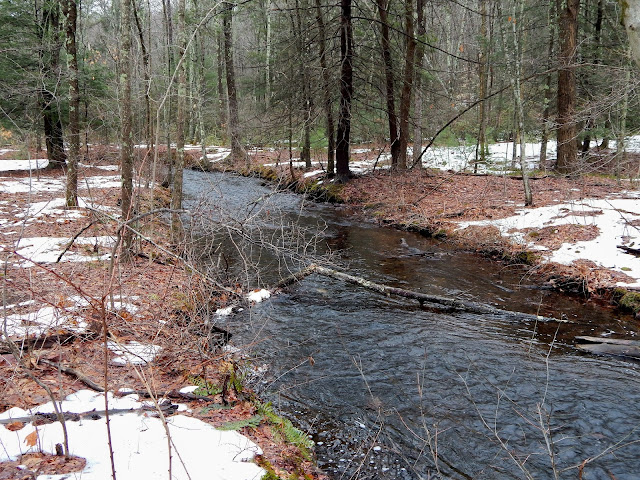 The one thing that stood out very quickly was the stone fly activity. There were bugs everywhere. The banks were full of them and they even managed to get down my neck. I tied on an Adams parachute, which is a good fly when stone flies are about. Fishing this fly as a dry and also working it back as a wet will usually draw a strike, but not today. I switched over to a dark soft-hackle and worked a riffle and was soon into a fish. He parted company after ripping up the riffle. There are times when this disruption can work to your advantage, and it sure did that day. 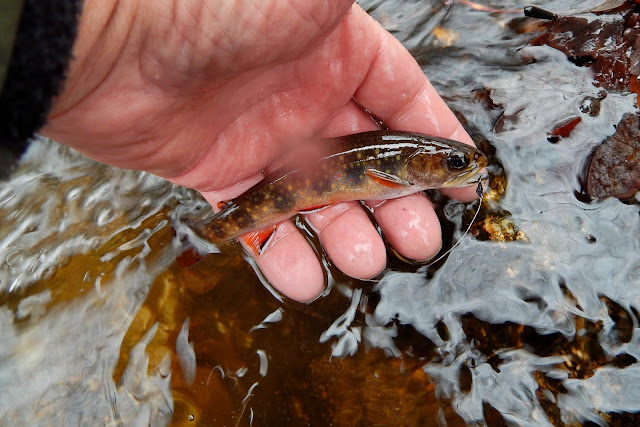 After several more casts in the riffle I managed to get a taker as well as bringing him to hand. 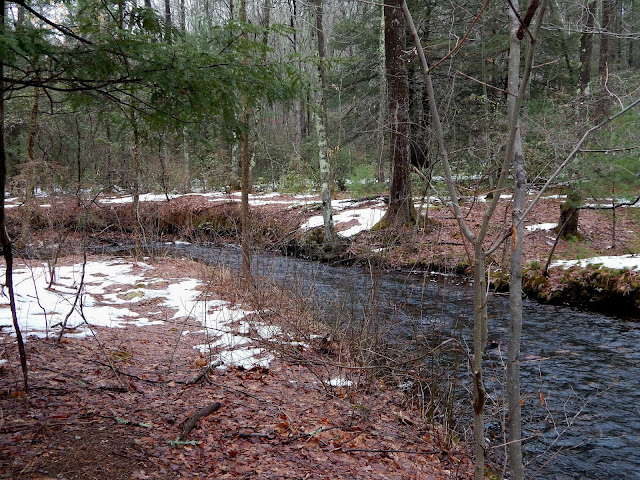 I worked down the stream finding out that the briar bushes had a good winter. They were healthy and extra sharp. The fishing was not on fire, and the snag from time to time kept you in the game. 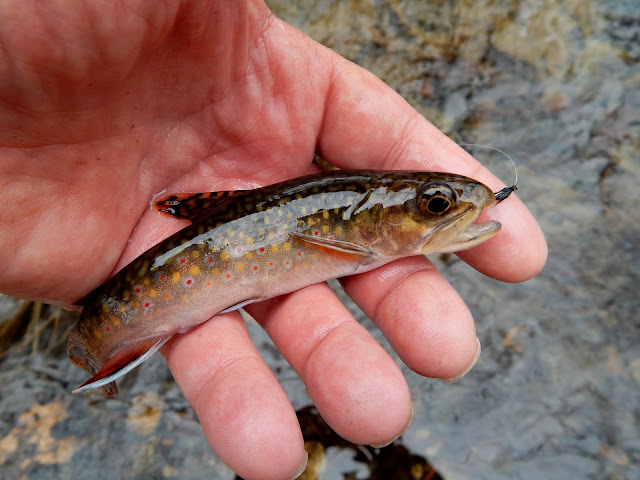 Before I was to reel up and call it a day I managed to get one more wild jewel to hand. So I went 2 for 3, and for a stream that took a hell of a beating last year I was pleased at how it and it's brook trout fared.