"Oh Those Brown Trout" And Outside The State Of Maine

Yesterday I was fumbling through some fly fishing magazines when I came across an article that really hit a nerve so to speak. It told of an angler who was fishing a river and using a bucktail. What's so interesting about that you say. Well fishing for trout in rivers with bucktails and streamers is nothing new you say, and I agree. The thing that was unique was the fact that the angler was fishing a "Wardens Worry". This fly is a very old Maine pattern that when fished for brook trout is a killer. With exception to anglers in Maine I don't think I've ever seen this fly fished anywhere else, let alone written about in a national magazine. Well this fly was being fished in a eastern river by a Catskill angler and the Wardens Worry managed to bring a very big brown trout into feeding on it.....to go on. 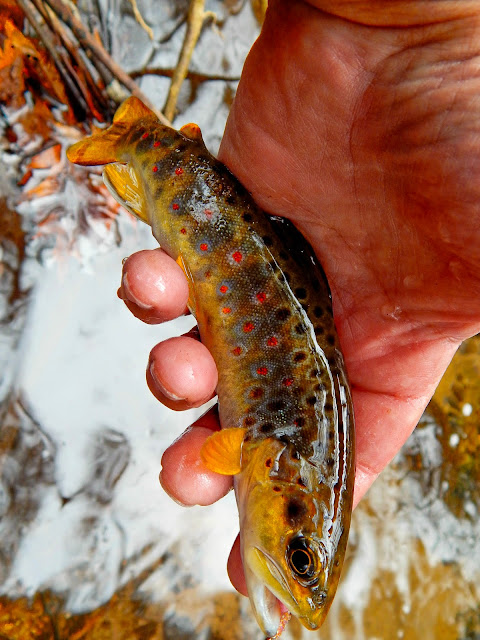 The majority of browns that take a fly seem to prefer something more bug like to take a whack at. 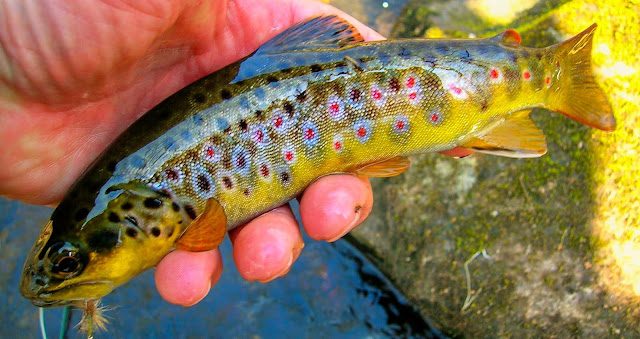 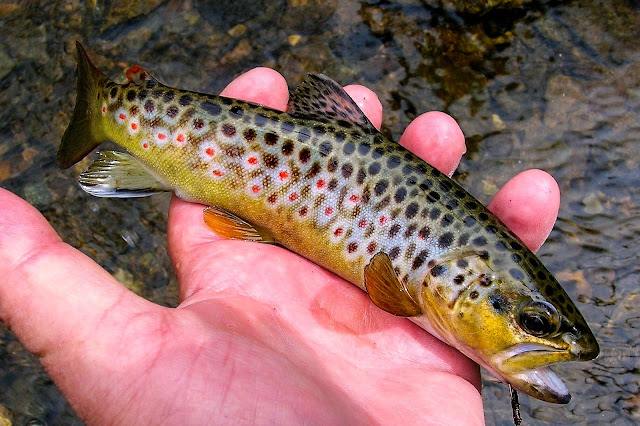 These browns paid no attention to what is supposed to be hatching, they just took the fly offered.

I mean you guys don't see these all the time on your streams. Try one and let the trout decide.....just as he did when he chose to take a "Wardens Worry" outside of the great State of Maine.