And the rains came, and then they left. 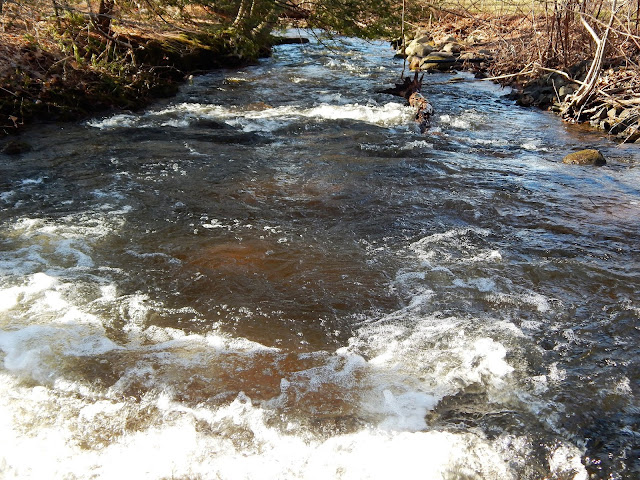 On Thursday we had a major rain event. The ground was snow covered, and the temps soared to the sixties. I estimate 3 plus inches at my house, with reports of 4-5 inches elsewhere in the state. I knew that fishing was going to be a challenge but I went just the same. As you can see the stream was swollen with semi colored water. Where it ran over the rocks and riffles it was cleaner but real swift. 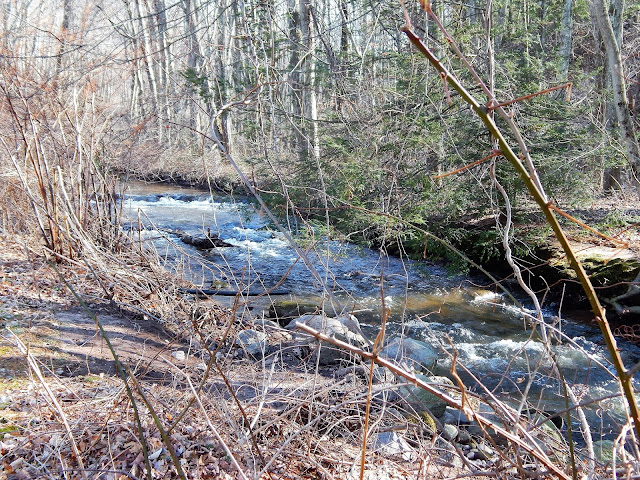 The air temps were in the mid to upper thirties with bright sunshine and combined it offered a pretty good feel to a late January day. I started fishing a streamer and I managed to get several takes but no hook-ups. It was funny how the brookies would rise up from the bottom to take a streamer near the surface. A couple of choices came to mind. Maybe a weighted woolly bugger, which would bring the fly down closer to the fish, or a big stimulator seeing how the fish had no problem coming to the surface of something to eat. I didn't have a bugger but did have a stimulator. So on went the #10 stimulator. I fished it for a spell and not a single rise. 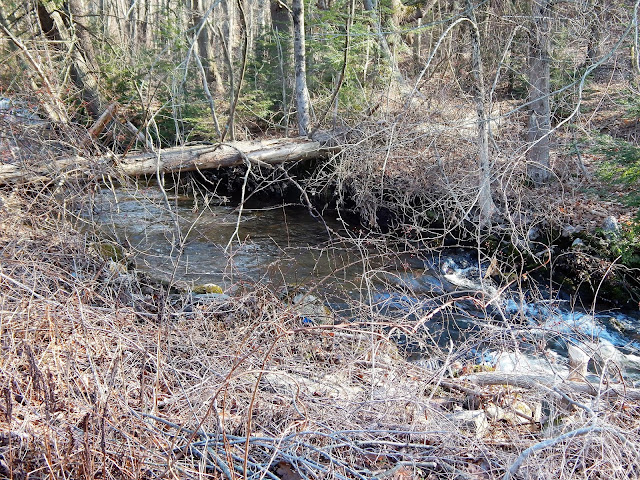 I selected a soft-hackle wet fly and fished this gentle looking spot. Cast, strip, and lift. The third time I saw the fish move on the fly but it backed away. I repeated the effort a few more times and he went for it and took it. 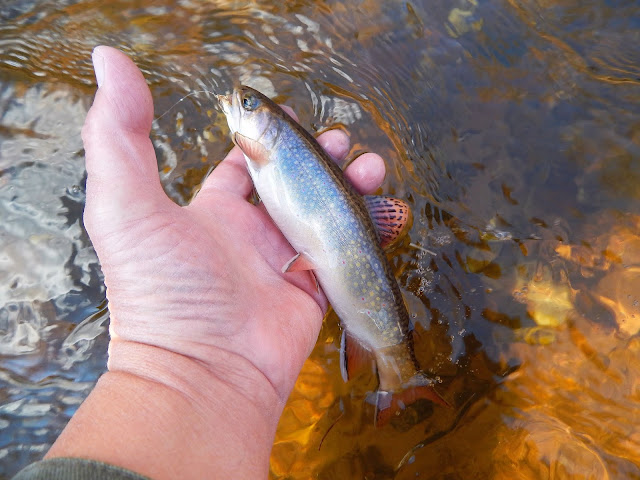 My goodness what a strong fight that lady put forth. I don't know if you can see her pectoral fins but from there size this brookie has been in the gym. When released she disappeared into the stream. I would love to say I caught a few more but that was not the case. 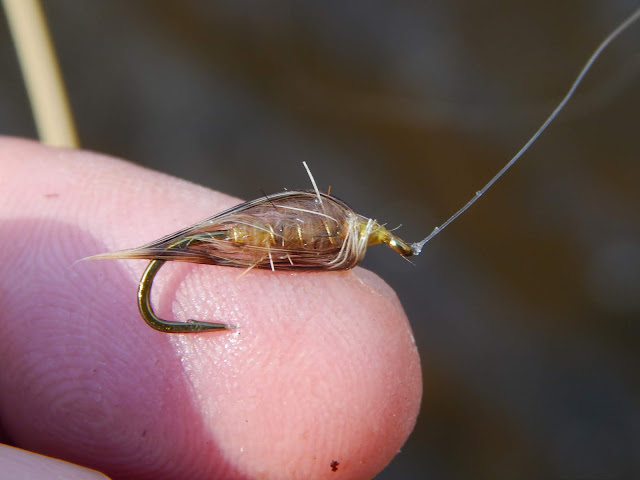 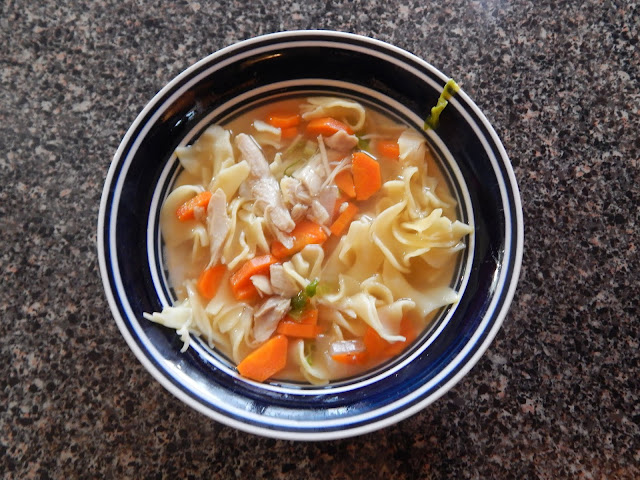 I got home around 2pm and waiting for me was this...so hot, so home-made and so good.