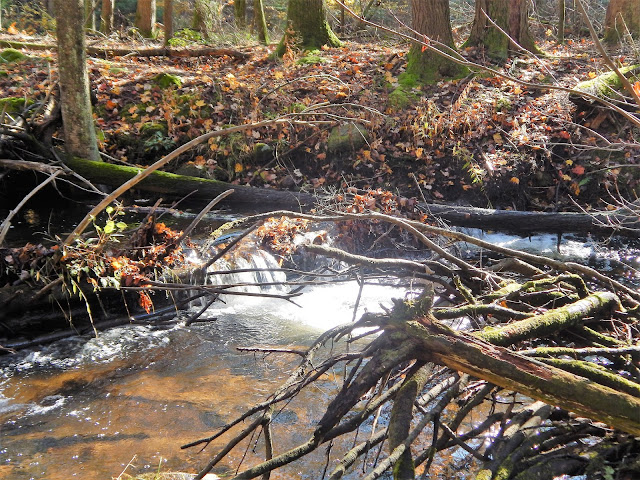 Over the past ten days or so I have been visiting some streams that are favorites of mine. I have been checking how they have fared over the summer months. This past August and September have been dry and with low rain falls it might have presented problems for the trout. Two of the streams I checked were doing fine. Water flows now are OK and the fish were active and healthy. Apparently these streams had enough rain, from thunderstorms, that kept the flows good enough during that dry spell.

The other day I fished a third stream, one that I have not fished since late June. The stream was flowing beautifully and the water was strikingly clear. The stream is quite long and many areas are super brookie spots. In the years I have fished this stream I have not seen anybody else fish it. It is a popular hike with folks and I have seen and talked to many people over the years. 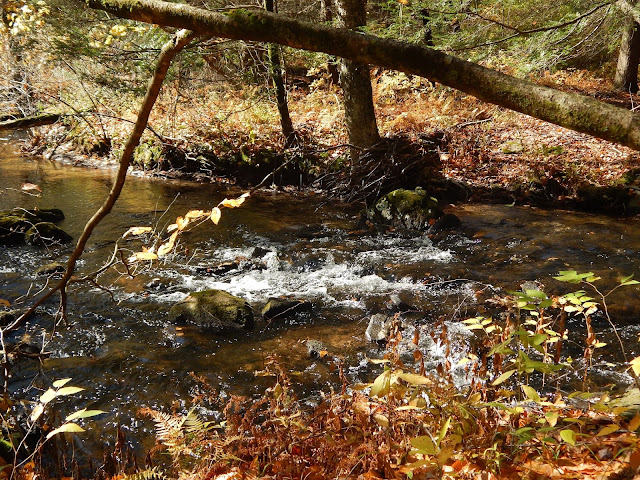 This photo is about the mid-way point of this stream. I fish slow so by the time I reached here it was an hour and a half of fishing...ready for this. Not one strike, not a single trout spooked, it was dead. The next two hours of fishing yielded one strike and one fish. I don't know what happened here, maybe this stream had gone dry at some point. Obviously something bad happened. I will revisit the stream come late November and see if anything changes. 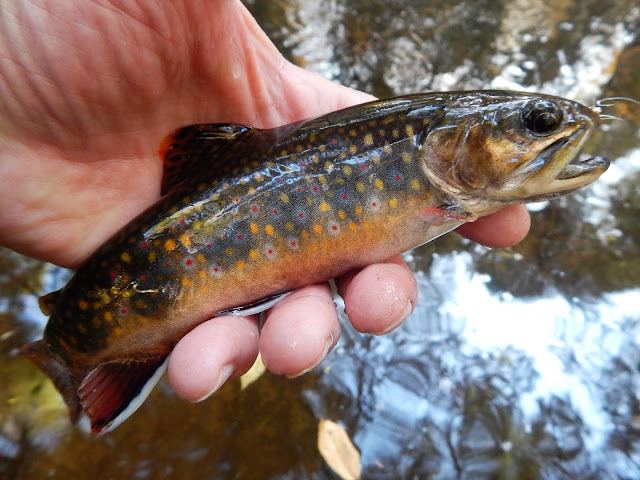 The one brookie caught this day. She appears to be in excellent condition. I hope she is not the last.