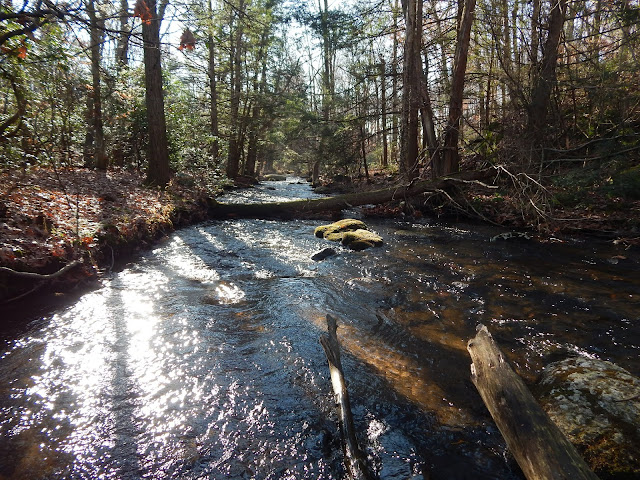 A few weeks ago I reported on a stream I fish. The day I fished it I caught just one brookie in the time I fished it. You can read about it in this post..."Troubling For Sure" October 23, 2019. In that post I said I would return in late November to check on the stream, but it had bothered me so much that I could not wait to return. So last Tuesday I went back and a different picture was painted. It was a cold morning and the stream was pushing water. The very first run I fished I had multiple strikes and a hookup. Moving upstream I had similar results, many small brookies in a very hungry state. 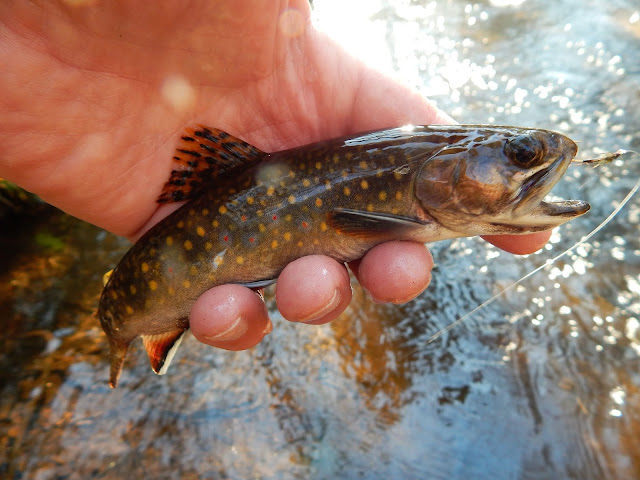 Most of the brookies were of similar size. As you can see this female was a bit thin, obviously spawned and starting to feed heavily again. 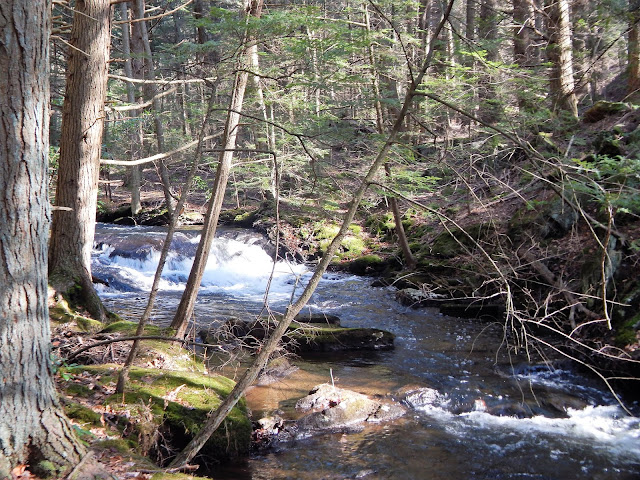 In a quiet pocket I hooked a big male, maybe 12" I had him in focus but not time enough to click... 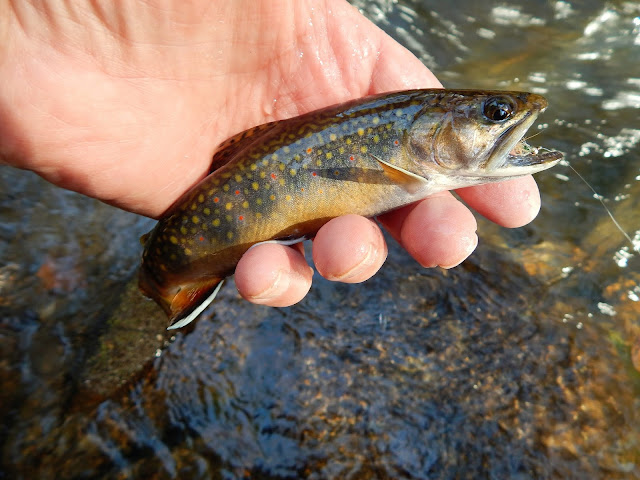 I was thrilled to see this stream alive. I don't know where the brookies were the last time out but they are back. 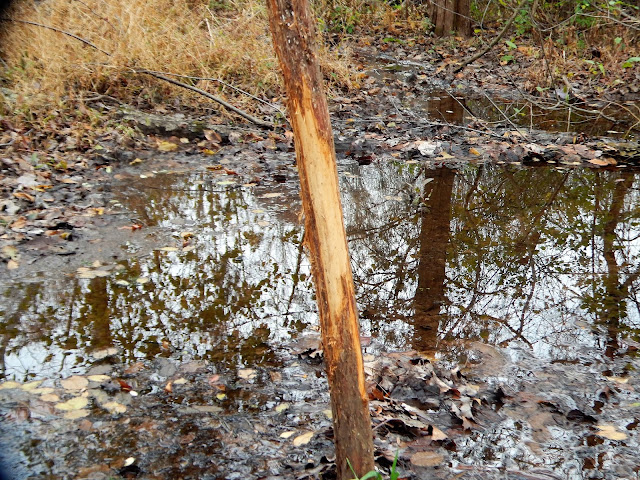 As a deer hunter stuff like this gets you pumped. Big boy here.