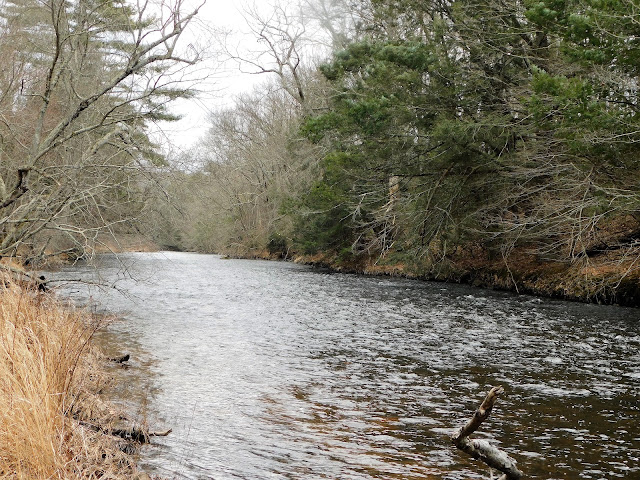 In a recent post on spiders a particular pattern generated an email from a reader of SSR's. The email told me of a similar pattern that he used on the west coast. It had the basic color the fly but also had a bead, a nymph pattern. Well the old brain got to thinking and I put his ideas along with a few of mine together and came up with a large wet fly using partridge hackle, and along with some orange dubbing to create a fly that will have success when I choose to use it. 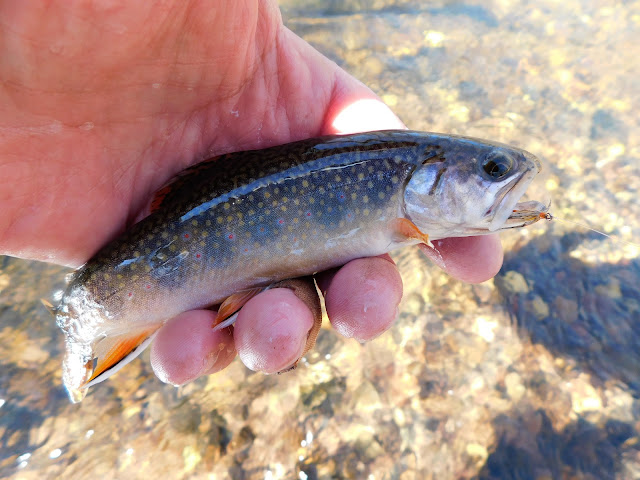 A test of the fly brought a lot of interest from both brook trout and fallfish. 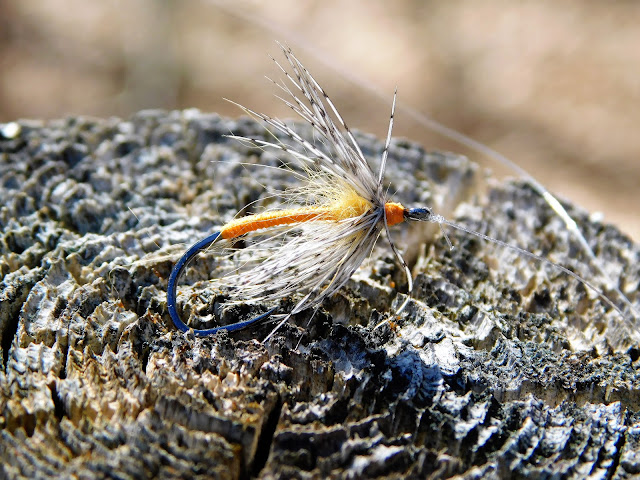 The "Carot", The hook is a Firehole #718 size 12. the body is orange silk thread, and the thorax is orange dubbing, the hackle is gray partridge. 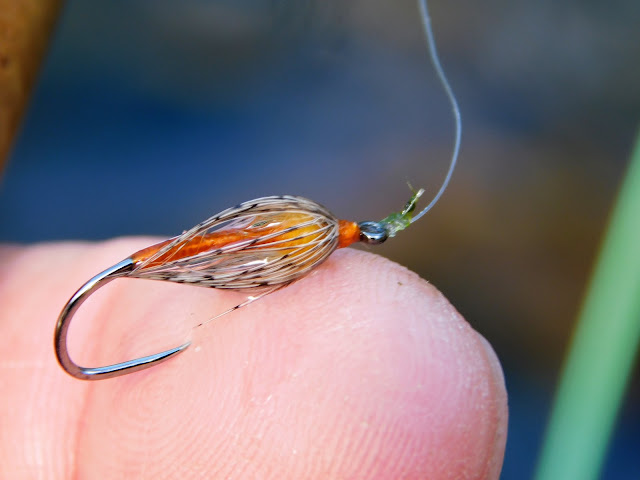 When wet the Carot takes on the look of a small baitfish, and that's what the fish were taking it for in my opinion. 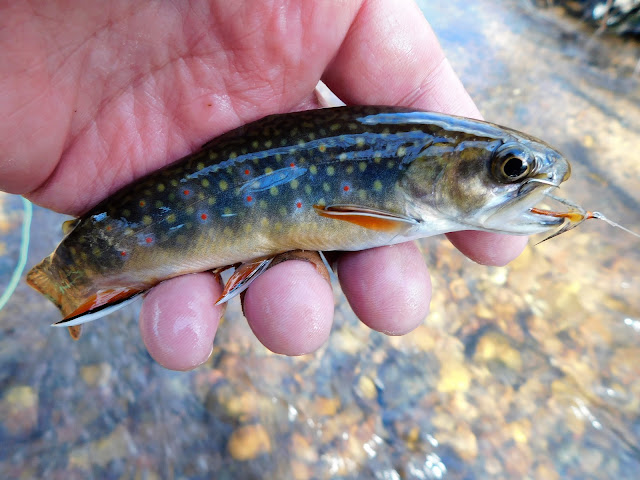