The "Futsu Kebari" and Other Musings 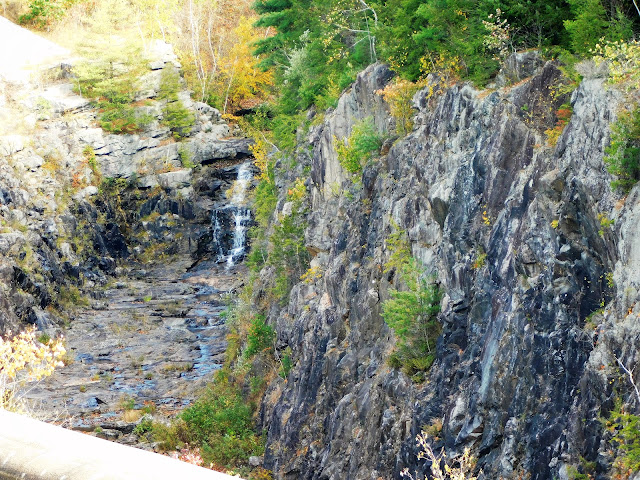 In this photo you can see a waterfall. The stream that flows above this gorge that is the spillway of the Hogback Res. is a stream that I have fished twice. I was told that it never dries up and it's flow is pretty consistent. The times I fished it I caught some beautiful brookies, but what I most remember is the trek into that stream. I was a lot younger and now that I'm writing this I get pains in the knees and my backside from sliding down the ridges. It's a stream I would gladly share with an adventurous soul. There are some awesome views back there. 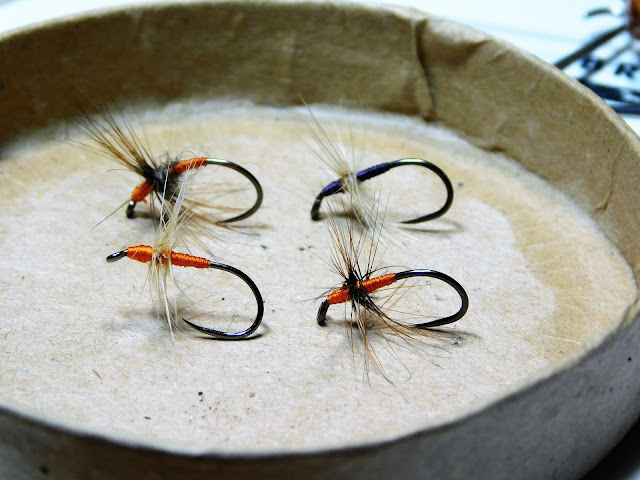 The Futsu Kebari...I think that's what these flies are called. A simple thread body and hackle. The thread is silk and it's wrapped with a somewhat large long head. The hackle is dry fly rooster wound on using 3-4 turns. Even though the hackle is dry fly, the fly itself is a wet fly. There is probably a reason for it but I'm not certain of it. Here is a Futsu Kebari tied using a dubbed body. The dubbing used is a  mix of life cycle nymph dubbing and Shetland spindrift wool, "thanks Lou"...this fly was featured in a post not long ago. 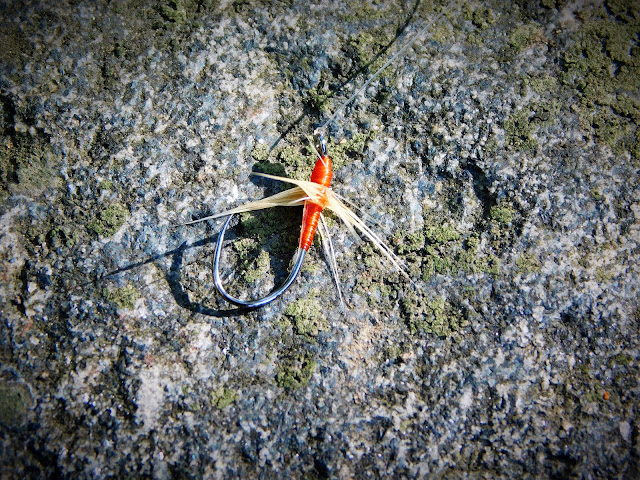 This orange blonde Futsu Kebari was a killer for me the other day. What surprised me was the amount of salmon parr-smolts that this fly brought to me. 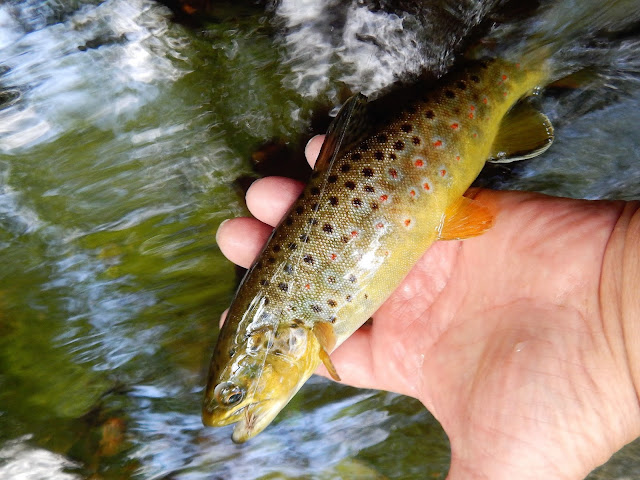 Are you ready for some brown trout? These guys are really showing up.