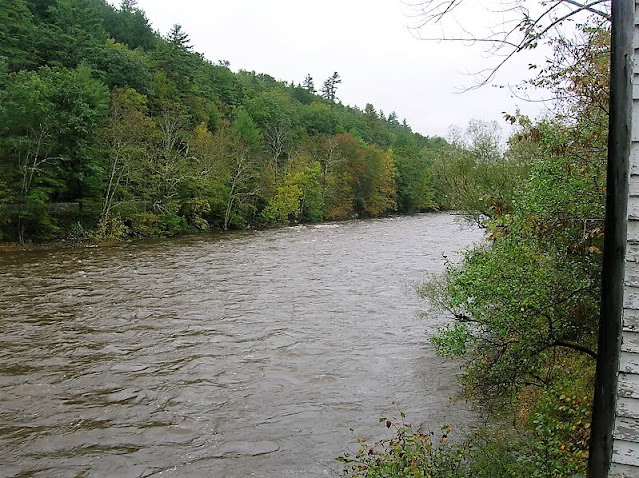 The Lackawaxen river in Rowlands PA. The river is high a combination of heavy rain and discharge from lake Wallenpaupack. The building you see part of is Bright Shop. It is along this wall that I was shown the massive hatch that came off the day before. The building was covered with bugs. It is then that Charlie Bright told me of the Lackie Special. I wrote a post that was submitted to one of the many fly fishing forums I had been a part of. Since the last post on this blog a couple of days ago I have been trying to locate that thread. My efforts have been unsuccessful. One reader of a New Jersey fly forum somehow found a thread of the river but not the fly. The thread of the river was from 2011.

Over many years I have taken big beautiful trout from that river. But one of the best days I was given the opportunity to catch a fish that was a true monster. Not to far from where this picture was taken the Lackawaxen merges into the Delaware river. There was a small restaurant and a couple of shops the afforded me access to the river. The river here is pretty rough and wading is not the best method of fishing it. So I hopped on the rocks and fished it that way. I selected a Gray Ghost streamer, rumor was that large brown trout would move up from the Delaware and were taken from the area I was fishing. I cast the streamer  and within seconds the current pulled it under. My retrieve brought nothing. This same action produced the same results. The thought came into mind of putting on a split shot to bring the streamer down. That idea quickly was thrown out because I had left the shot in the car. So I tried fishing closer to the bank, which was almost all boulders. That proved to be a better idea. The fly moved slower and deeper. After several more casts I took a strong strike, fish on. The fish attempted to get into the middle of the river. Run, dive and repeat. It took me some time to get control and as the fish  moved in closer I could see one heck of a brown. The brown lay there calmly and I reached to lift him up. As my hand entered the water that brown ran. Within a heartbeat he was in center river headed south. The fish broke off with the Gray Ghost in its jaw.

That was my only streamer. Looking into the fly box I saw a Lackie Special. I know big browns like meat but they also will take flies that they are familiar with. With the Lackie Special tied on I continued to fish. I caught a couple of smaller rainbows and some rock bass. I cast to a large boulder about a quarter way to center. There was a nice eddy there and the went down and sort of lingered there. I pulled back and all hell broke loose. That fish headed for the nastiest part of the river. Such strong currents I have never fished. In the back of my mind was the picture of a big brown with a Gray Ghost in his lip. That thought was quickly erased when the fish broke water. A foot out of the water and clearly saw a smallmouth bass. My goodness this has to be a dream...I battled that fish for some time and he knew jut where to take me. I was in a bad position because I could not move along the stream. I relied on my skill with rod and a good reel drag. I can't tell you the time it took to get this bass to give up but I was glad it was over. I lifted him up, his dripping wet bronze flanks were tense. I could see the Lackie Special in his mouth along his tongue. I did not have a camera but a patron of the restaurant gave me an applause. 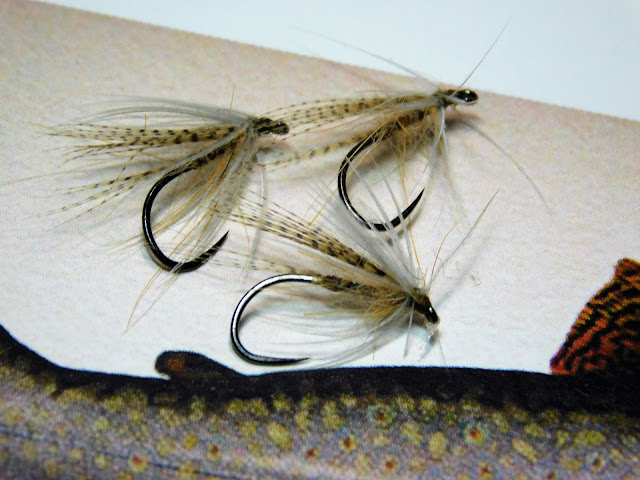 Looking into several boxes I found these Lackie Specials. These were obviously tied about 2016. 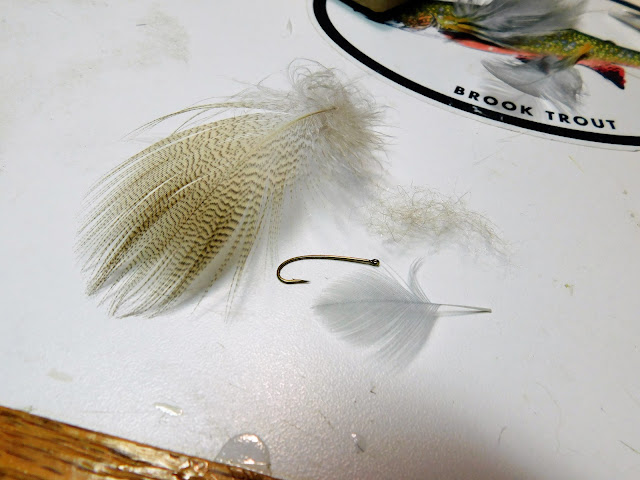 Here are the materials needed to tie the Lackie Special. A curved hook, this one is a TMC200R #12...The dubbing is life cycle nymph, but the original used hares mask...The tail is wood duck as is the wing. The collar is a dun hen hackle, but you could use cream colored hen. 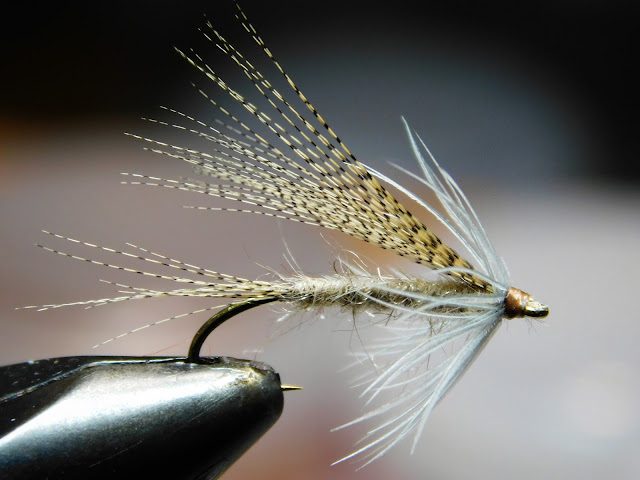 I tied these yesterday.... 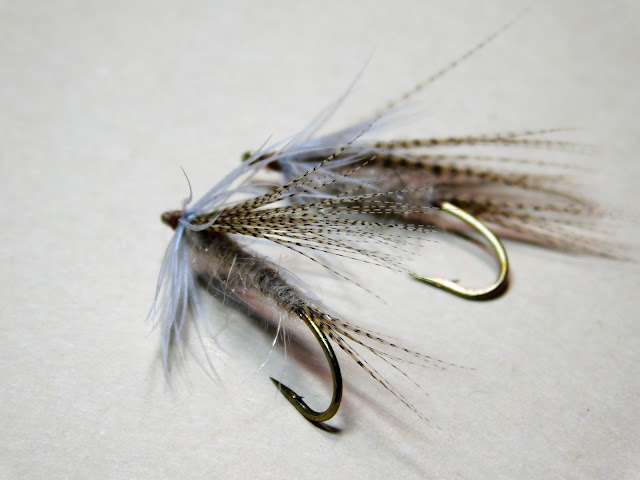 My research into this great pattern is on going.