April 1st, we have turned the corner.... 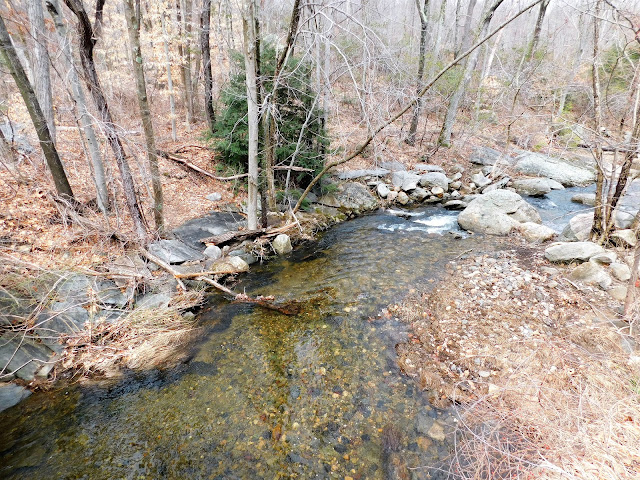 April is here and I can now put the shovel away. I was out  the other day and found some willing fish in a stream I had not fished in a few years. I decieded to check it out when an email I got from a reader of SSR's in Oregon. He's a CT. transplant and he mentioned this stream so i checked it out and I fished it. The stream was introduced to me when I was quite young. We would go there and have a family cookout. Well the area has changed but the same willing brookies are there.

I started fishing a yellow partridge and found the brookies to be very receptive to it. I pretty much stayed with that fly for the time I was there changing only once to a yellow woodcock. The latter fly was not taken as well as the first choice. Selective brookies? 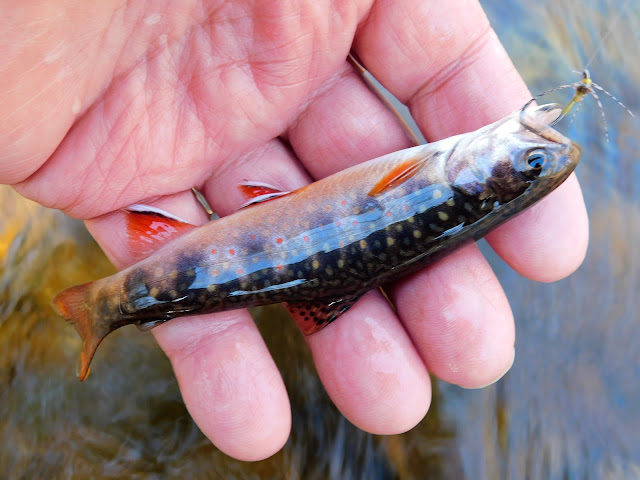 The brookies were of this size but were nicely colored. The fins on this one are spectacular. 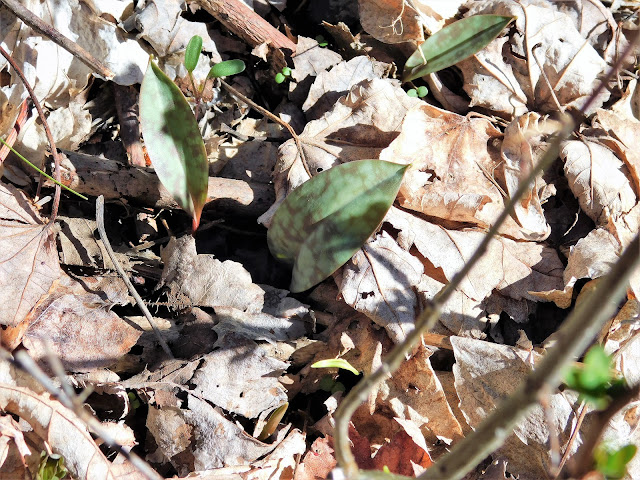 Yes my friends those are trout lillies poking through the forest litter. In a week there will be those beautiful flowers brightening the grounds. 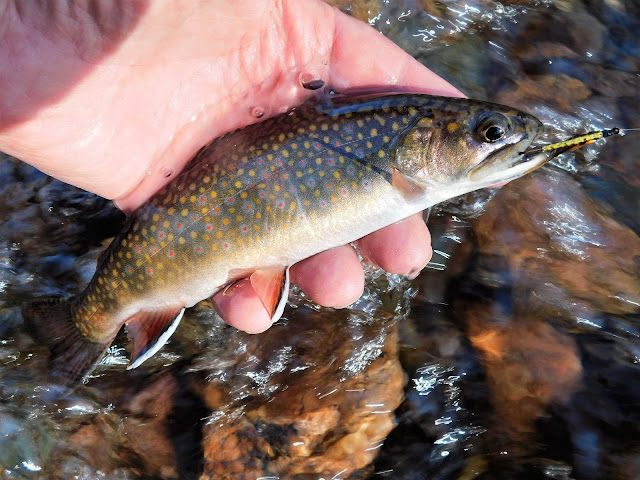 Oh I did use a streamer in some of the deeper runs. I managed to catch this boy. He's in fantastic condition with a few nasty scrapes along his flanks. 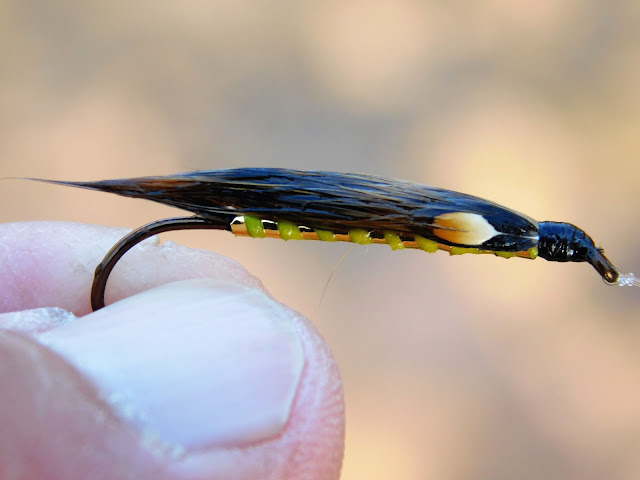