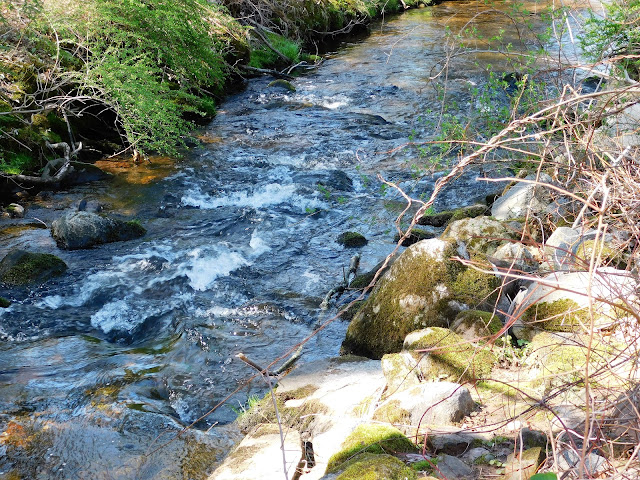 What I like about brook trout, well there is lots of things I like about them but in particular is their ability to adapt. Over the centuries they have endured cruelty most times from ignorance that would render other species lost. Small streams in particular have suffered the most. For some reason there are those who see a small stream as no big deal. They dam it, graze cows through it and draw water from it for so many reasons. Forgive me for the rant, I just get off sometimes on the craziness surrounding brook trout habitat.

Getting back to the ability of the wild brook trout to adapt I encountered it first hand the other day. A lovely stream was flowing in super condition. The water levels were at optimal depth. I was going to have a spectacular day on the stream. Well as I fished the pools and riffles I found my offerings ignored. Not even a bump. I fished dries wets and soft hackles with the same results. I don't fret such happenings instead I try something else. This day I chose to try and find the brookies in somewhat more turbulent water. I tied on a streamer and tossed it into the rapid broken water you see above. On the second cast as I was retrieving the streamer I got a response. As the fly was near the surface a brookie slapped it. 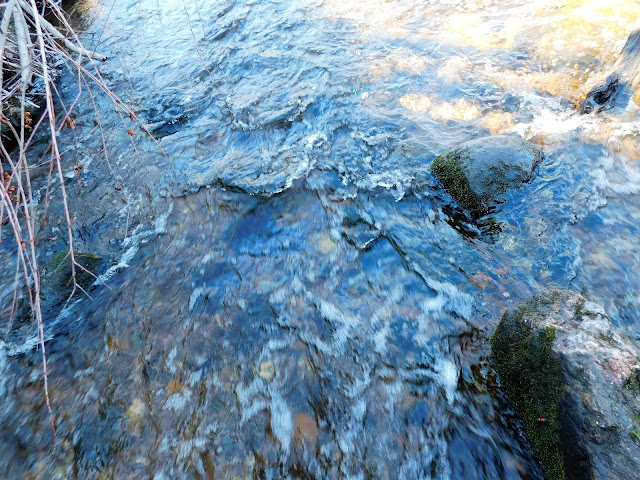 I again drifted the streamer down the rough shoot and as it was on the surface a brookie rose to it. Marabou when semi-dry will float and as it gets wet it will slip below the surface. The brookies were taking it both ways. I was retrieving the fly and it was near the second rock when a fish took the streamer. It was a hard strike and a nice battle. 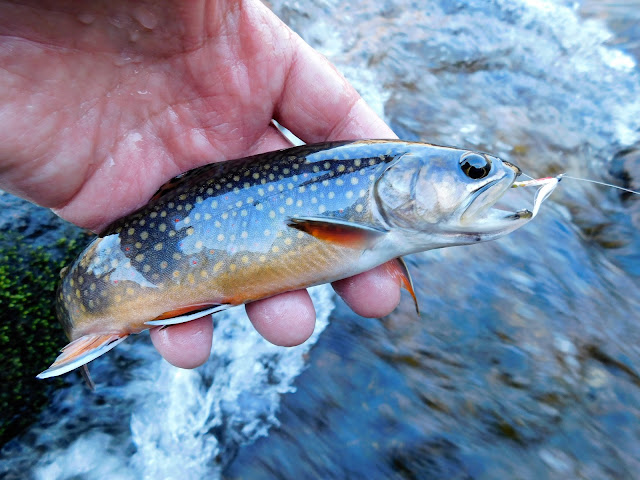 The result when at hand was incredible. 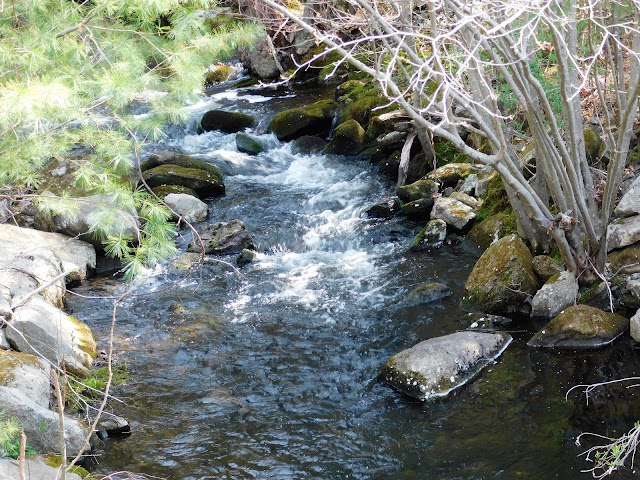 I continued to fish and I continued to take brookies in rough water. What may have been happening was the brookies were moving upstream. They are notorious wanderers and I happened to catch them at the right time. 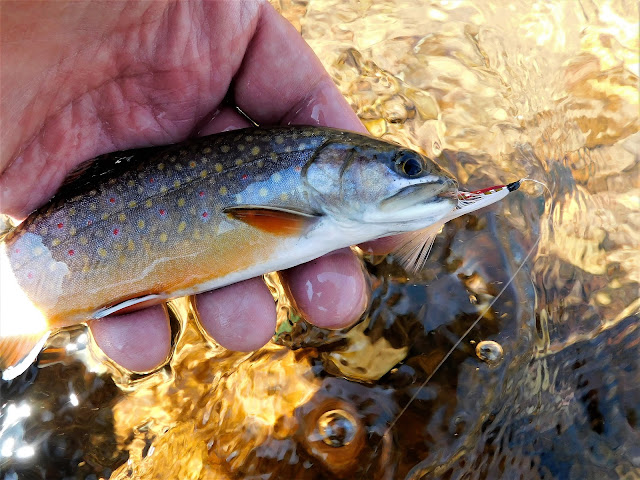 Look at the condition of this hen. She will have a big role in the fall and I hope she succeeds.