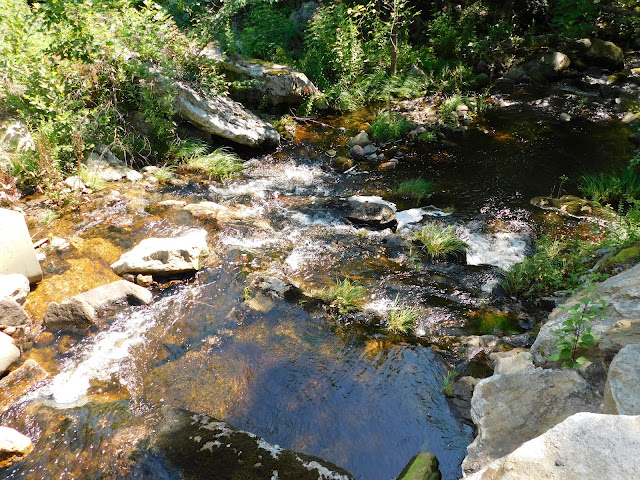 I have been fishing this stream for over twenty years. In those years I have witnessed many changes to the structure and to the brook trout who inhabit the stream. In the twenty years I have fished it with a few close fishing friends who have kept it's location secret. And with very few exceptions I have never seen it fished by others. I have some fond memories here, not only of the brook trout but of the fine folks who live near. One in particular was an elderly lady which I found out to be in her 80's told me of the times when she would drive her husband downstream to a location where she would drop him off and he would fish the stream back up to a point where she would pick him up. I asked her how long that was and she said she had it timed by the food she gave him to take with him while fishing. A peanut butter sandwich, some cookies, and a bottle of water. She showed me places along the stream that her husband marked that were productive spots for him. Little circles of small stones placed in different ways marked the locations.

The stream photo is a place that I love. It did not always look like this. Years ago during a strong ice run off the road was washed away. The following spring the state took to repairing the road and bridge. In that process they replaced the culverts with fish friendly ones that allowed the brook trout upstream movement. The series of pools and runs you see most always hold brook trout and on the first cast I had better be ready. It  is a special place and at a time in life as now even more so. 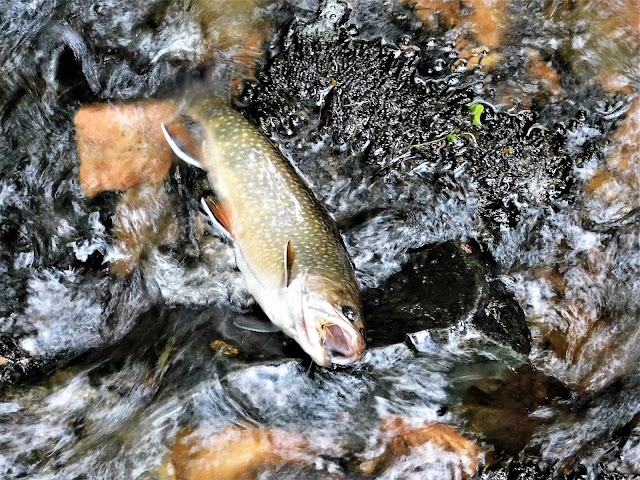 This beautiful hen came from that spot near the slick pool. She was in the fast water and could not resist a yellow hornberg.