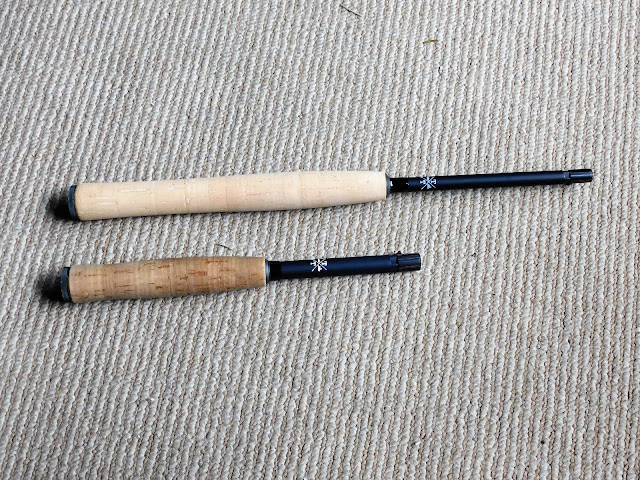 Last July I came across a determined young angler trying to fool a resident wild brookie from a CT. stream. The young lady which I found out was only three years old. She showed me that Tenkara fishing can be done effectively by anyone. That little angler convinced me to purchase the Tiny Tenkara rod. Since then I have fished the Tiny Ten many times and have enjoyed it so much. Although I felt the need to go longer, something that would allow me to reach out in certain areas of the stream that were not available to me with the shorter rod. So I went out and purchased the Tiny Ten 2.

The Tiny Ten is a 5' rod and the Tiny Ten 2 is a 8' rod. The extra 3' makes for a longer reach which at times makes the difference between catching those wary fish. The Tiny Ten 2 weighs in at 2oz. It's crafted with a cork handle which I think is a must on any rod. It's action is soft which I compare to my fiberglass rods. I have it rigged with a furled leader of 6', which I have ordered a 8' furled leader, thought is it may work better with the longer rod. I have fished the Tiny Ten 2 on four outings and have found it to be a pleasure. Keep in mind my knowledge of other rods is zero so a comparison I can't give. But for what I paid and what it does I'd say it is hard to beat. 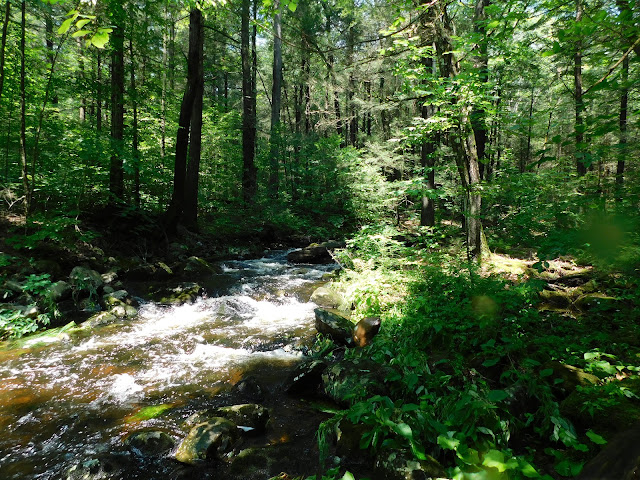 A typical stream where I cast the Tiny Ten 2. 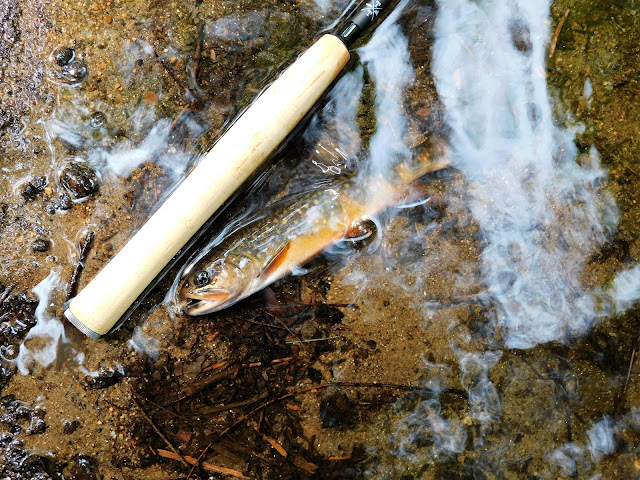 These wild brookies are a blast on this rod. And it shows that if I can catch them with a Tenkara rod anyone can. This is simplicity, that would have escaped me if it weren't for that little angler I met on the stream a year ago...thanks Nattie.