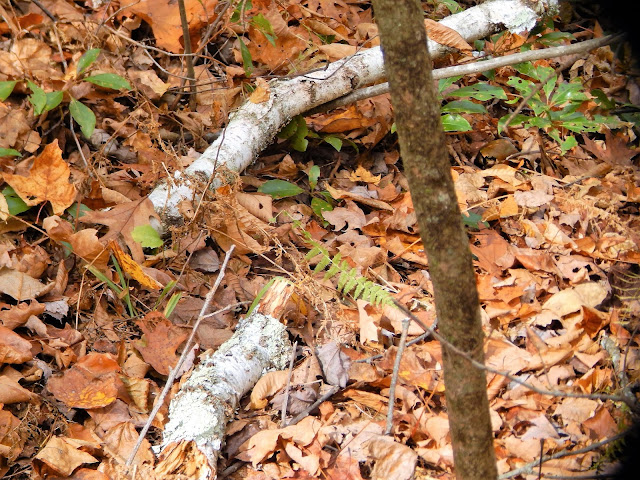 We all have those places we fish that hold special memories. Those memories may be of the day and how beautiful it was or perhaps the memory might be of the fly we used. The memory could center on how productive the day was and maybe it was of the trout you caught.

This is a memory of a day and a stream that may be in the top ten of my days afield. I'm familiar with this stream having fished many times over the years. It tumbles down a hill through a deep forest of mixed trees. The maples and oaks and the pine and hemlock with a bunch of white birch thrown in. It's a beautiful stream any time of year but especially in the fall. There is a brief walk along a trail before it vanishes, then it's a bunch of boulders and roots with some briers to make it a challenge. 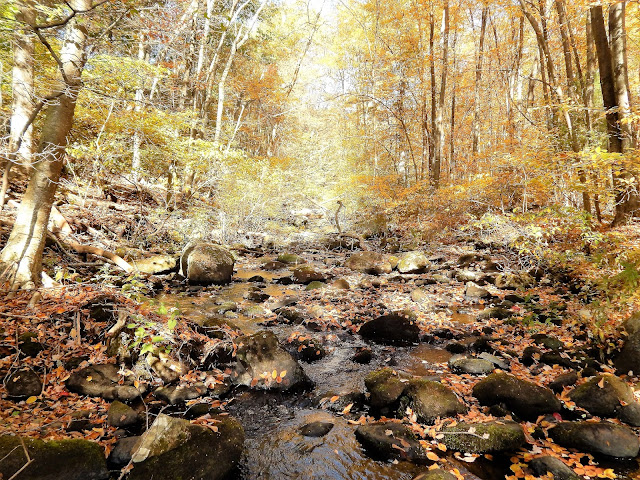 I fished that day for a long way upstream. The results were not glorious and be it a dry or wet neither got much attention from the wild brookies. 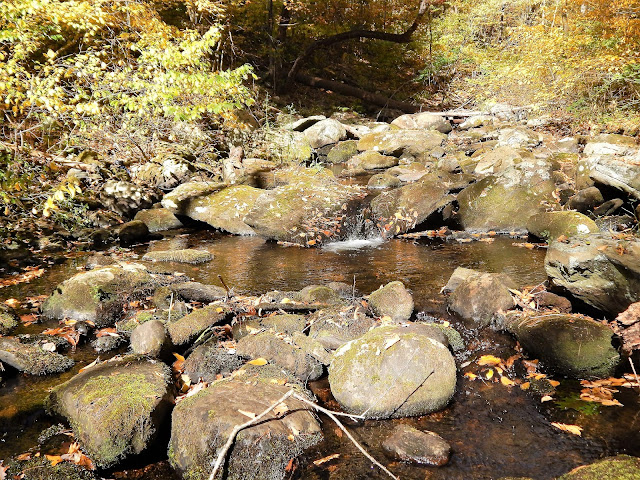 My goodness what a beautiful pool, so peaceful. I think those were my words to myself when I saw the pool that day. I had a bomber on and it was the first fly I tossed into the pool. It was several more casts before a fish rose to the bomber and missed. I continued fishing the bomber and got another response with a hookup that did not last. The bomber ran out of gas and I knew there were a few more brookies within the pool. I tied on a soft hackle, almost like a bomber in color but with a dark soft feather.. I cast close to the white water at the where it enters the pool. In a second I felt the take but as I pulled up the rod I felt slack. Picking up the line figuring to make another cast I could feel the fish on. Now either he was on all the while and I did not know it or it was another brookie that took the fly. 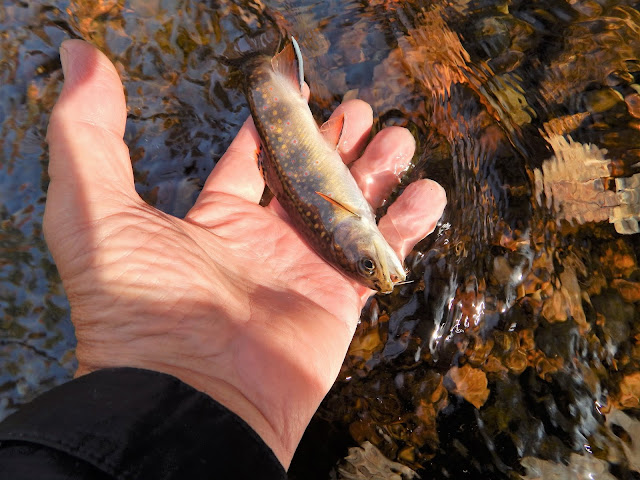 Either way I was soon holding a spectacular wild jewel, from "that stream".....