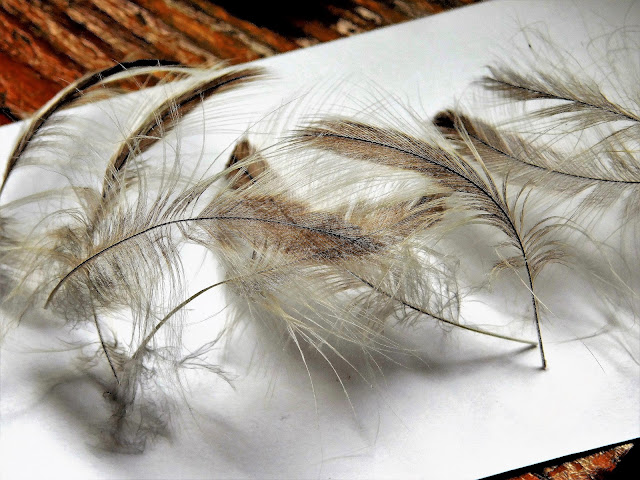 Over the years I have fished for and have caught some pretty impressive brook trout. Impressive in the fact of their absolute beauty and their size. While I'm not bragging and please don't take it that way but it is a truth.  Looking back over the photos of years past and trying to find what maybe the most beautiful brook trout ever to grace my hand and eyes was quite an undertaking. As I have said many times that their is more to small stream fishing than just bringing a fish to hand. It is with that though that I was able to bring to you what I consider the most beautiful brook trout I have ever taken.

Last year I found a bunch of feathers. They were on the ground and so I picked them up and tucked them away. These feathers were lovey, and nicely marked. They were also quite soft and would make for a nice fly. 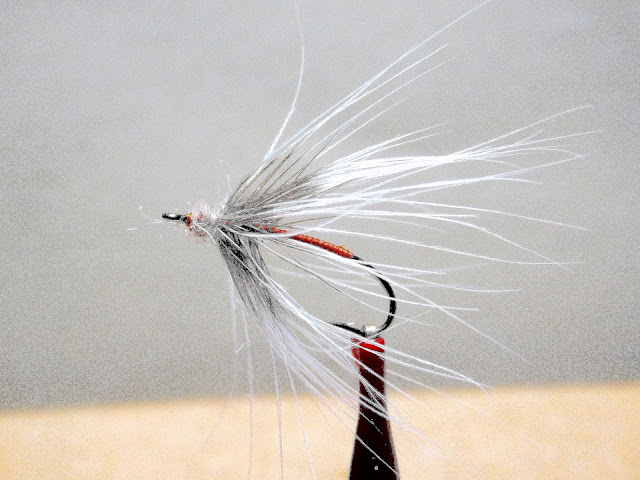 The fly that was created was a simple one. It incorporated an orange silk body, the hackle  and a  bit of sparkle dubbing for the head. 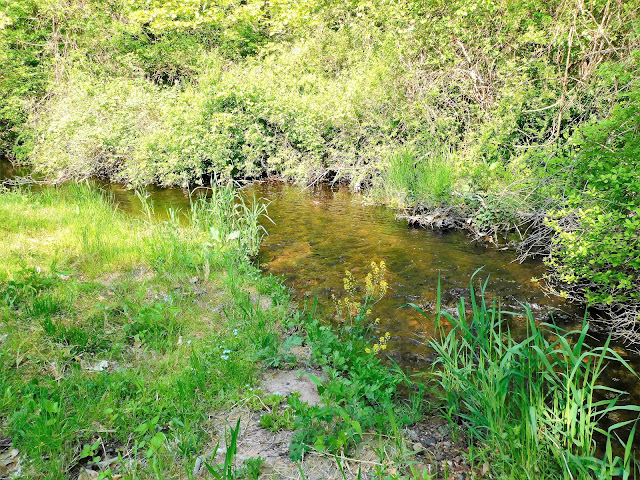 The little stream that the fly was first cast upon. A lovey bottom of medium cobble. Shade in places,green grass and some yellow wild flowers. The fly was cast downstream and worked back. This was repeated several times until it was taken. 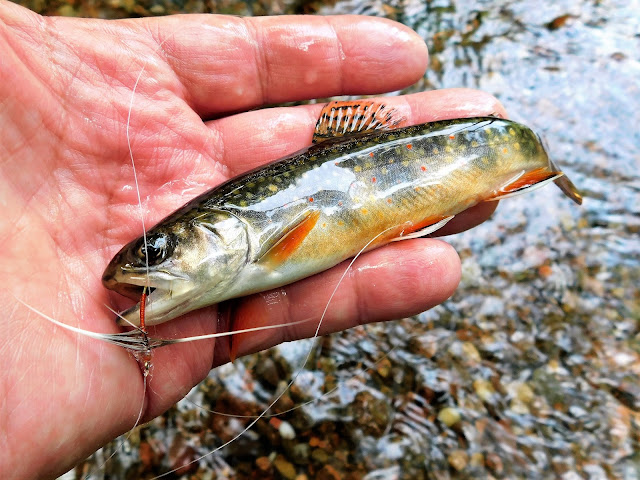 The brookie that took the fly was a strong tough fellow. He was in excellent condition. As my hand slid under his body and lifted it out of the water I could not believe the beauty that was before me. A moment later it swam off and I had a hard time putting the camera away. I just kept on looking at that picture of the brookie.

I have since framed a collage photo of the feathers, fly, stream and brookie.