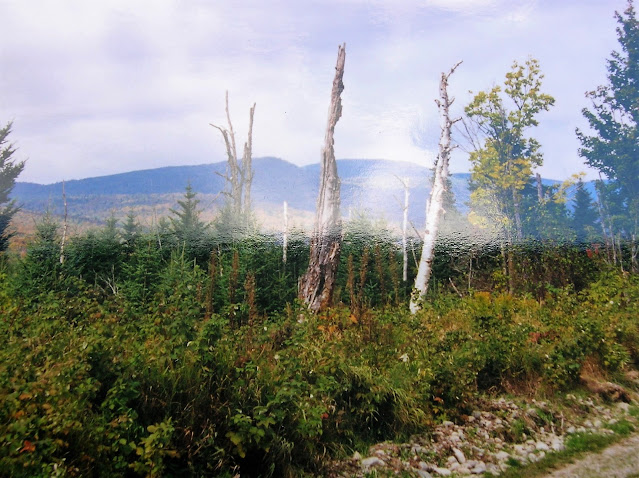 When I first started fishing the waters of western Maine way back in the late 70's, I was like a sponge that was so thirsty. I probably questioned more people about the ponds streams and woods almost to the point of making myself a pain in the ass. I was given a great deal of information and it was not brush off stuff if you know what I mean. These folks were serious and very descriptive in what they told me. Now I know there are those who say that getting valuable information from a Mainer just does not exist. The old saying "you can't get there from here" comes to mind. Here is one adventure I'd like to share with you. Over at Haine's Landing on the shores of Mooselookmeguntic Lake in the town of Oqussocc Maine. We stated at a cabin and one of the good people we met was a grounds keeper named Howie Lewis. Howie was also the fire chief of  the Oqussocc fire dept. He was a native Mainer and full of info. Durring one of many conversations I had with Howie he told me of a little pond in the woods. This pond was known to few and kept sort of secret to those who knew. It's access was not an easy ride and Howie was gracious enough to highlight the route to take in my Maine atlas, which I still have. The pond lies 23 miles through the woods and is right on the US- Canada border.

The land is wild and with exception of an occaisional logging truck there was no sign of humans. The main road had lots of side cuts and his warning to me was don't take any of them. Stay on the the road he marked. Also in his instructions were if you get into trouble up there help is a long time coming. So with my Toyota 4x4 CB radio and a couple of fly rods I set off to find this pond.

The road in the first picture is what it looked like all the way there. Areas of logged out forest and areas so dense with spruce that you could not see 2 feet into them. I encountered many moose along the way, even one that starred at me from the road I was on. 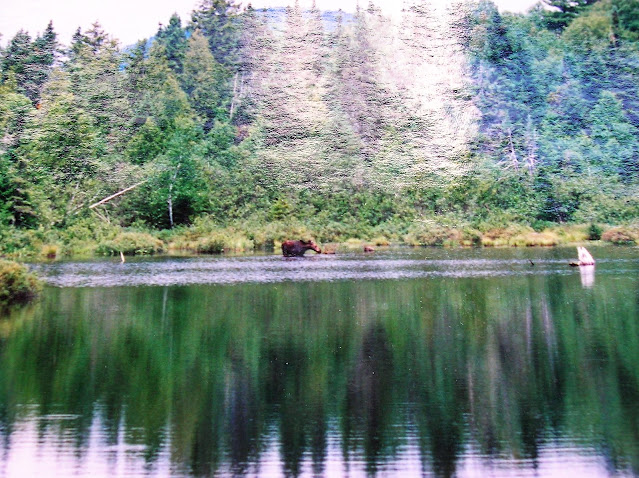 The pond...the moose was feeding in the shallows as were the brook trout, the rise forms are clearly visible. Trying to find a spot to cast I glanced down into the water to see what looked like the bottom was moving, and it was. The pond was full of leeches. No dry flies needed only black wooly buggers. Well when you don't have a black wooly bugger you choose a streamer. 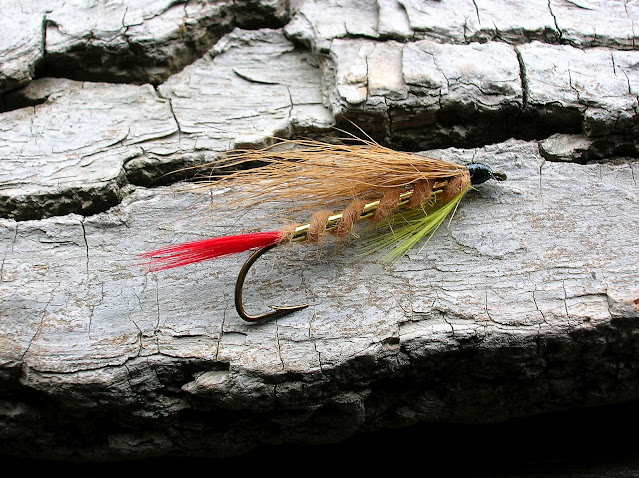 The streamer was the Warden's Worry..a Maine classic. First tied by Warden Joseph Stickney of Saco Maine back in 1930. A simple pattern of wool, brown bucktail some gold tinsel and a red tail and yellow throat. That streamer kept me into brook trout the whole time I was fishing. The brookies were small and a large one was 7", I kept a couple and fried them up along the pond.