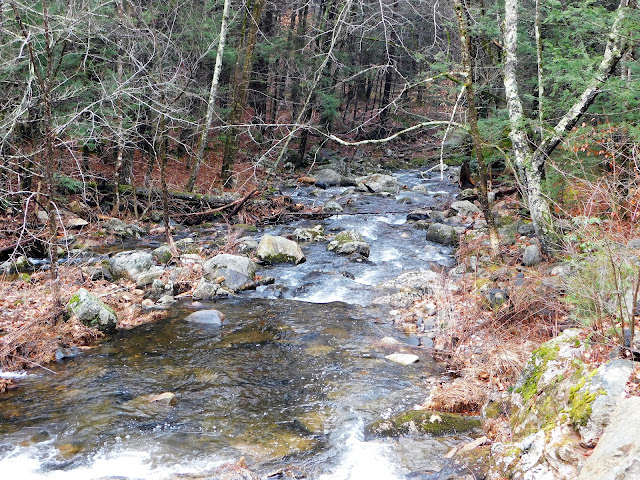 December 31st, the morning broke with a cold dampness in the air. I shuffled to the kitchen and made a cup of French roast coffee. Dark hot was the brew and just perfect for such a morning. It had rained the day before and the low hanging fog and drizzle persisted. As I sat drinking coffee I was in thought as to how I was going to bring myself to fish today. In years past I always did my best to fish both New Years Eve day as well as New Years Day. This year it seemed like that was probably not going to happen because of reasons that had made it to difficult....nonsense man! I was going to give it a shot and fish this last day of the year. 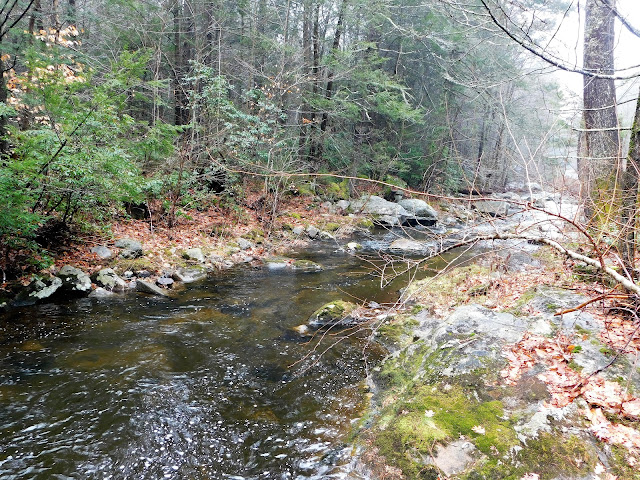 I chose a stream that I was familiar with. A stream where most sections were easy to cast and work a fly. The water levels were perfect, and the walk was manageable. Caution was place as the wet leaves and rocks made for "walking on marbles" take effect. The woods were quiet and a nice feeling of peaceful solitude took over. It felt good after so long to be casting flies in a stream again. It took a spell before I had my first bite. It came as the fly stopped at the end of the drift and sort of sank slowly towards the bottom. The slight movement as the rod tip came up brought the strike. 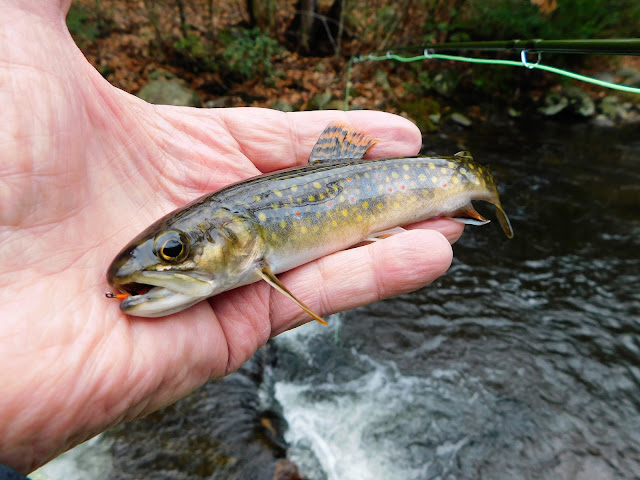 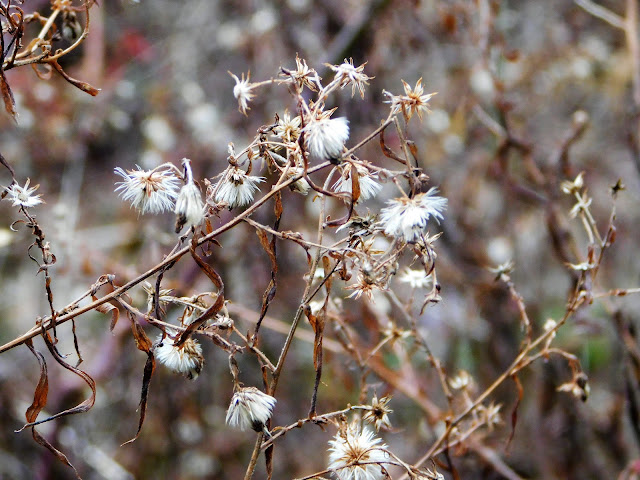 Even on a damp cool day in the winter one can find some beauty along the stream. 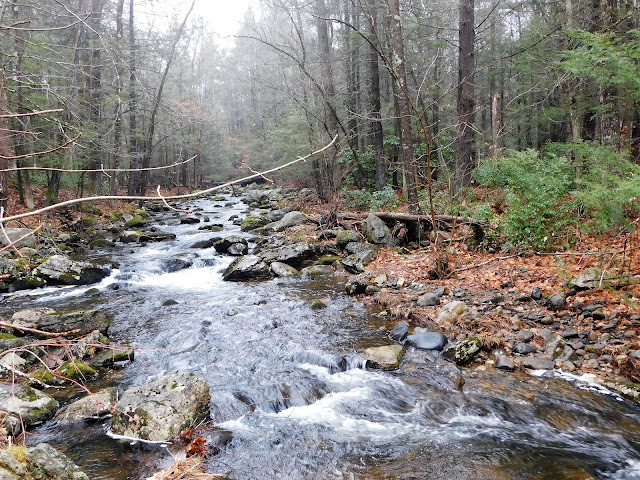 I continued to fish those slow pockets and managed a hookup or two but failed to bring another to hand. With the thought in mind that this was going to be a one to hand day I prepared to head for the car. That old saying came to mind "how about one more cast" well that one more lead to many more. 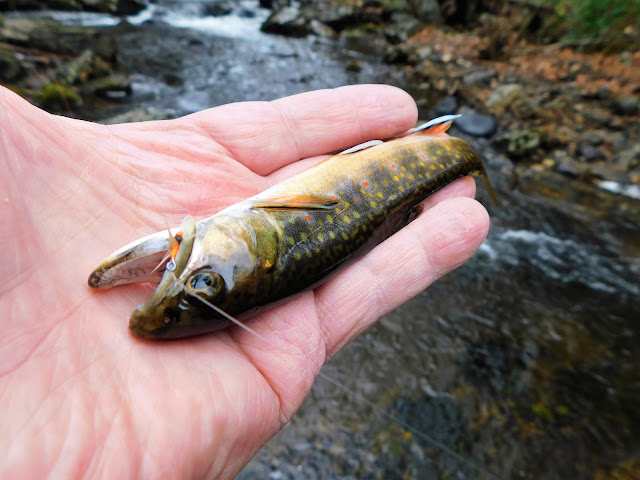 And as it turns out it was worth it. As the fly dragged on the surface the brookie rose and grabbed it. This my friends was the last wild jewel of 2021.... 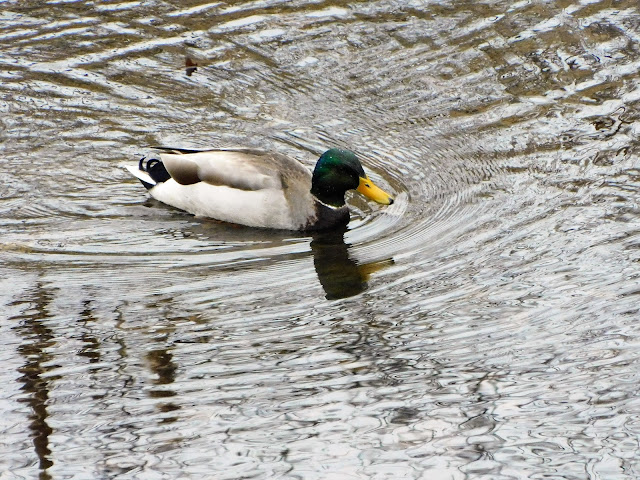 As I headed to the car and to a nice hot cup of coffee waiting for me I saw this mallard drake heading off. Good bye 21 and hello 22.....