A Hazard And A good Outcome....all in a day of a small stream angler 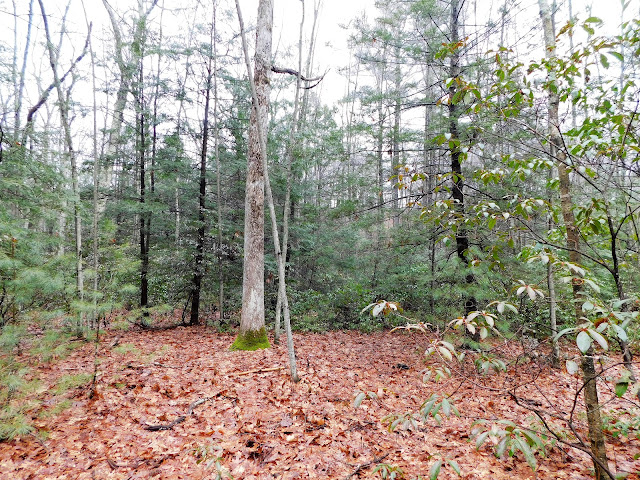 What a lovely walk, pines, hemlock, oaks and all of those fragrant smells of the forest that can intoxicate. Such was that day when I chose to fish this wooded stream. I really love days when I can fish and the only things I encounter are natural, and wild. The area in which this stream flows is a some what popular hike for some folks but at this time of year not many use it. 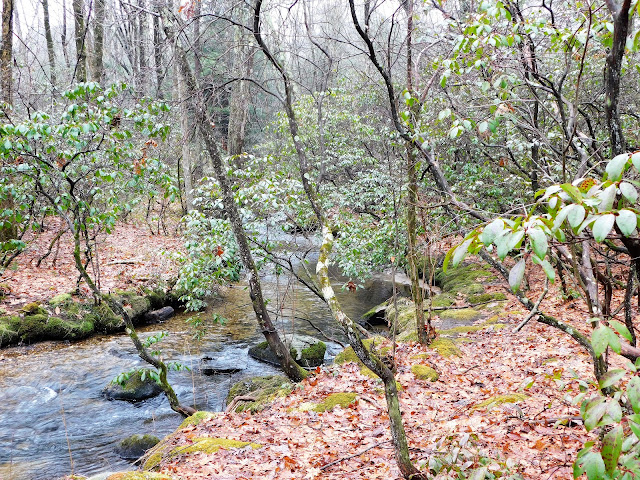 The stream is lined with laurel in some places and in other areas it's pretty open. 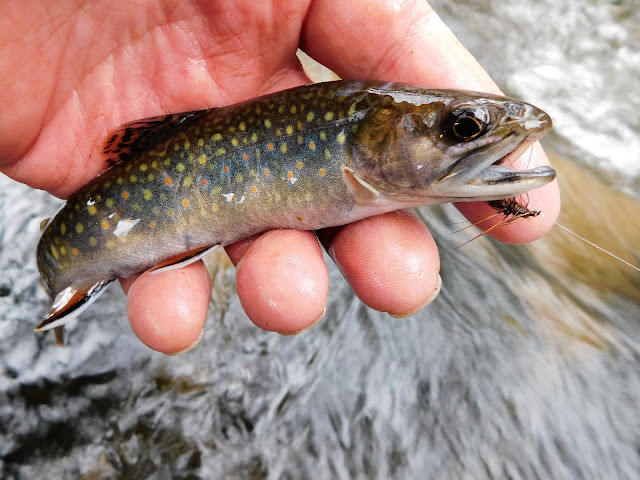 It did not take long for the brookies to find my offering. This male fought like Mike Tyson as I was bringing him in. Tough guy who had some impressive scarring along his sides. 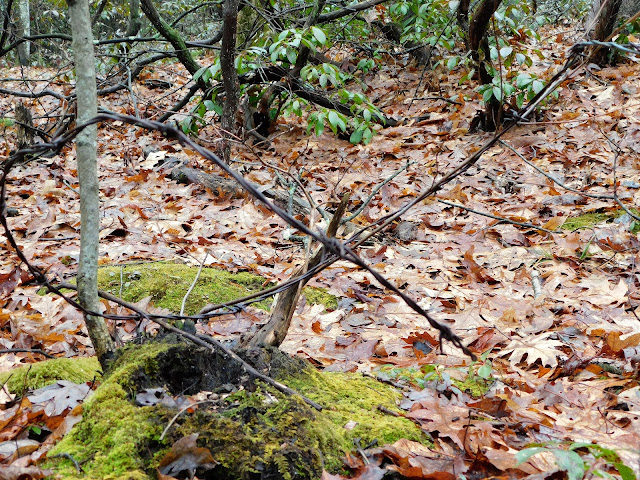 Connecticut was once a big farming state. Much of the land is now back where it belongs...woods, woods and more woods. Along the stream there are remnants of old farms and lots of barbed wire. Most times I see it and avoid it. This day it was not in my sight. I stepped off the bank and into a deep hole. As my body slipped I fell back and my hand and fingers found the barbed wire. I composed myself and then realized I had been injured. 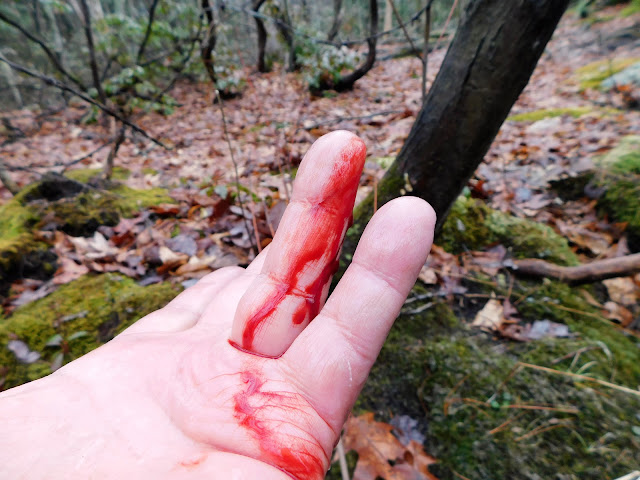 There were two fingers that were ripped open and the bleeding was profuse. My option was to get back to the car where I could tend to the wound. So as I walked the finger kept bleeding. The walk was not to long and soon I was at the car. I had all that was necessary to treat and bandage to wound. 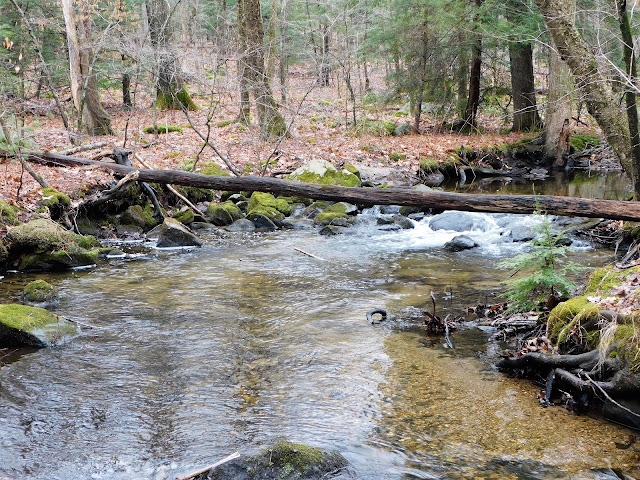 I went back and continued fishing. 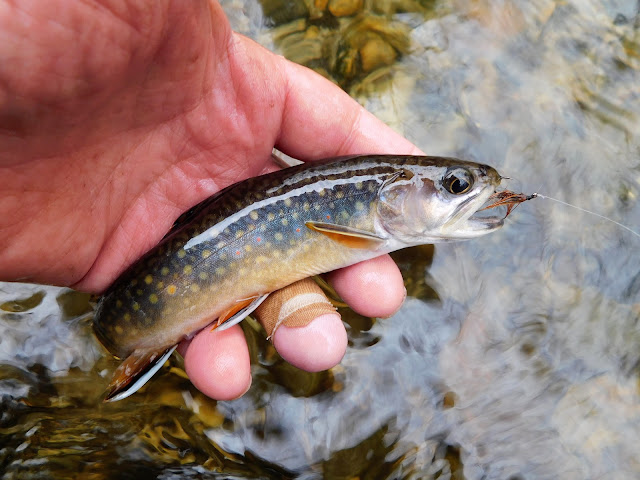 I'm happy to say that a week later and the fingers are doing well.