The last day of summer in "Brook Trout Forest"... 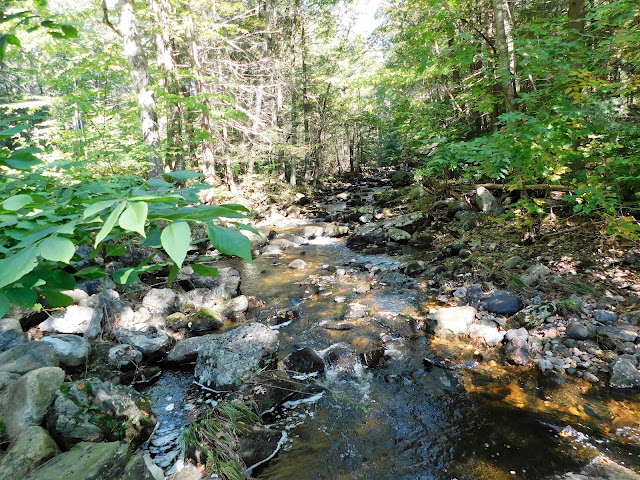 Today is the official first day of fall, actually for me it began on the first day of September. Whatever, yesterday was the last day of summer which felt like the first day of fall. The air was crisp both Jeanette and myself were comforted by thick flannel shirts. The sun did it's best and cut the chill in an hour or so and things started to pick up. I have often said that from my experience brook trout like to sleep late and the cooler it gets that gets reinforced. I expect it was about 10 am when the first brookie hit, it was not a shattering strike but more like a bump. The small streamer did not seem to be getting it done so I reached into the box and pulled out a fly that I became familiar with on the blog "Teton Tenkara"...Tom Davis suggested it was a good choice for fall trout, but I have had success with it all year. 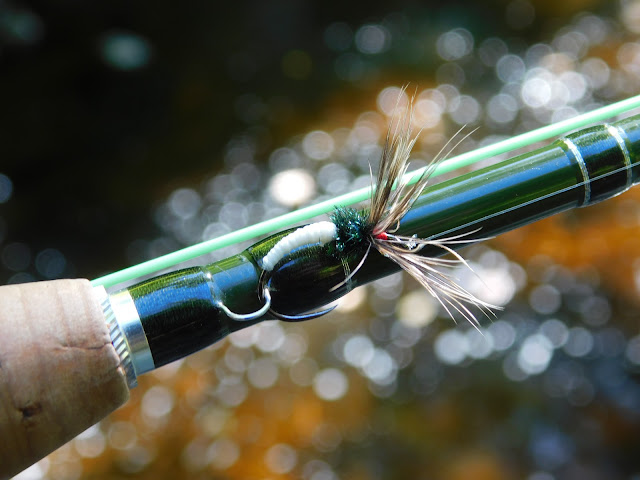 The fly is the Takayama Sakasa Kebari...it's basically a thread body, which has a red thread head. There is a collar of peacock and the hackle is hen pheasant. Although a tenkara fly I find it fishes very well with conventional fly rods. 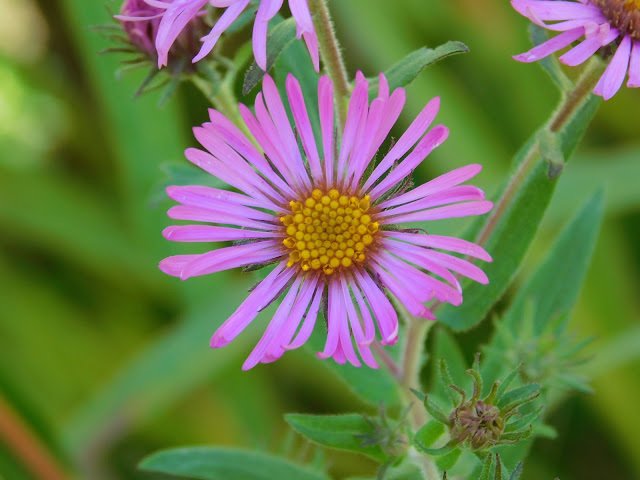 These Asters are still in bloom and add brightness to the wild countryside. 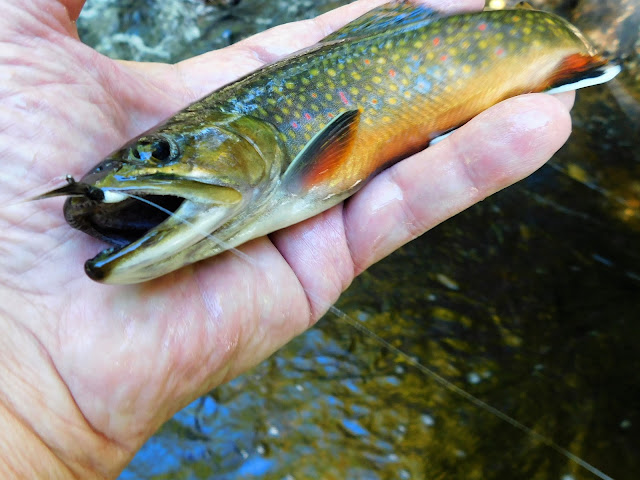 This impressive guy was the best of the day. I cast the fly into a smooth pool. I saw the fly sink. As I retrieved it I twitched it in an upward motion. I saw the fly's wing open and close as it moved through the water. Suddenly the wild one busted up off the bottom and nailed the fly. Man was he beautiful. He is what I like to refer to as a "black mouth brookie" The photo does not depict just how gorgeous he was. There is a slight kype that I'm sure will be enhanced as the fall progresses. 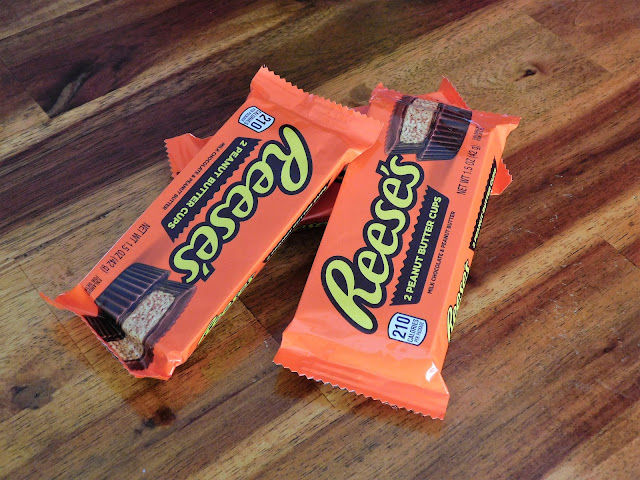 A fitting treat for a fine day in "brook trout forest".....