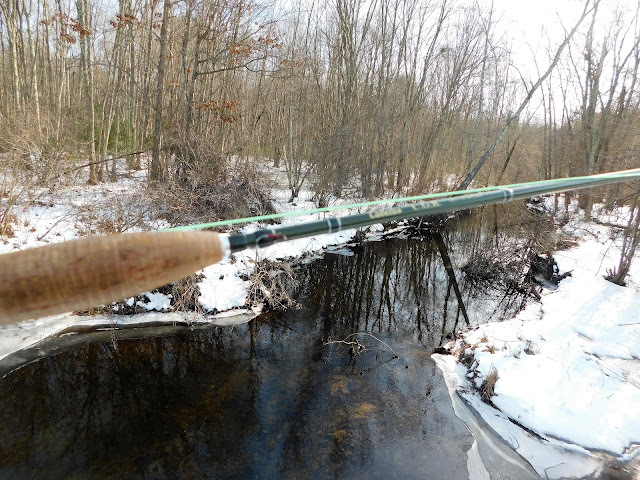 Yesterday was a day that was to be probably the best weather wise in the next week. It also was the best day in a string of brutal cold days we experienced in a week. So given that i managed to get some time to fish a stream that has given me success in the past. With only an hour or so to fish I chose a place that would give me the best chance of bringing a trout to hand. The stream was in a almost perfect condition with exception to the snow. But this old guy found a place or two where I was comfortable to cast my offerings, which today would be a Mickey Finn streamer and a February Red soft hackle.

The Mickey Finn produced nothing which i thought odd, but these are wild brookies I'm fishing for and contrary to what you may have heard they can be "selective" as hell. The February Red was next and even though it's only January I still like the fly at this time of year. On the third cast I had a brookie come of the bottom and strike at the fly and miss, but he did take a second swipe at it a moment later and was hooked. The brookies was only 7 inches but man did he fight. As he came close to hand he managed to free himself and swim off. I continued to fish for a short time after and had one more strike but no more hookups. What the day did accomplish was I fished, I caught, and I was able to enjoy the peaceful solitude of a wild brook trout stream in winter. 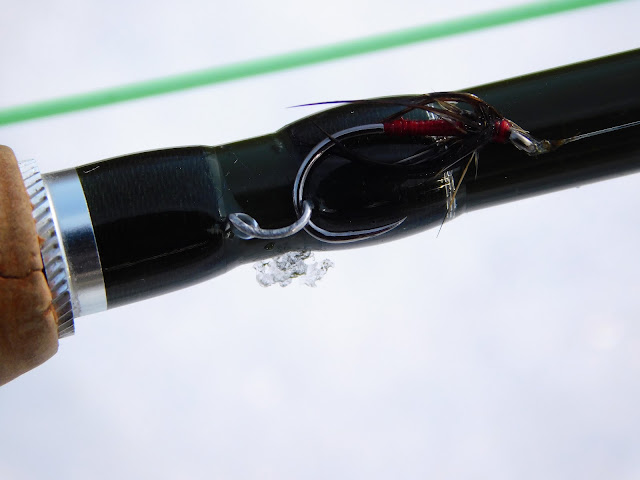 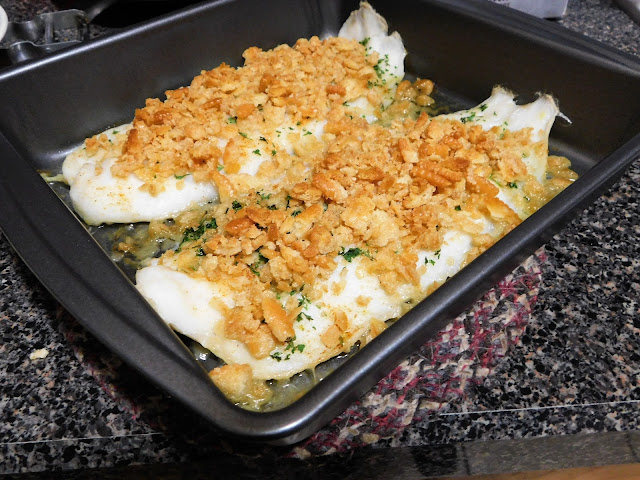 Baked flounder....what a great way to celebrate the day.
Posted by Brk Trt at 8:22 AM